I'm among the people who prefer to wait until the end of the month to release their lists because I want to hear as many songs and albums as possible, especially for this 00s poll because the 00's are a decade I'm not so familiar with.

I think the AM polls are a great way to share music and that's why I'm starting this thread. Please post the songs (or artists or albums) that you think are not very well-known and deserve a spotlight.

I'll start with Drive-by Truckers. Yes, a southern rock band. Well I've been told it's not the average AMer's favorite style, but I love it myself. And this song is precosely about the South

I'll steal my own quote from Petri's own recommendations thread:

Moonbeam
Here are 3 songs from 3 different great albums from 2001. I'm likely to be the only person voting for any of these songs (or their parent albums), so I think they fit the bill.

One of the most criminally slept on artists I can think of, RES's brand of weird soul/rock/pop didn't find a big audience in 2001, but it found a devoted one, likely because it was SOOOO different to the cookie cutter neo-soul box so many artists felt comfortable inhabiting at the time. This song was the leading force - very difficult to categorize. Lyrically and sonically, it breaks through the barriers of wanting to please everyone else but yourself - hence the title of 'They-Say' Vision. It was produced by Santogold, who became a critical darling 7 years later, but I still find RES's stuff to be superior.

After the failure of her marriage to Rene Elizondo, Janet went through a deep depression, best encapsulated by The Velvet Rope's dark moodiness. I know she's considered a pop tart, but her music can be very uplifting, and this song embodies that perfectly, as she strives to put the pain in her past. Her voice sounds a lot like her brother Michael in parts of this song.

She's got a few singles that are recognized as the great songs they are, but her last 2 albums One in a Million and Aaliyah don't get the recognition I feel they deserve as landmarks of popular music. As time passes, the more Aaliyah's absence is really felt. Beyonce took over and made everything have to be outrageous booty shoutouts of negligible restraint and even less intelligence. On the contrary, Aaliyah was a well-studied "street but sweet" triple threat, and the vocals she nails on this song reveal that she is just as capable of being a pillowy soft seductress as a powerhouse diva. Missy Elliott wrote this, and it's one of the best things she ever has been involved with, I think. 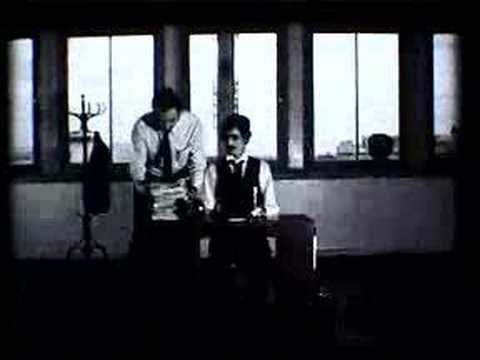 Sodastream: Heaven on the Ground

Travis Drageset, for allmusic: “Guitarist Karl Smith's vocals are a lot like those of Stuart Murdoch on a down day, but they work on The Hill for Company because the songs are inspired enough not to sound like just another Belle and Sebastian knockoff. On it muted trumpets fittingly punctuate mournful strings or elegant guitar and bass runs, and emotive lyrics abound.”

David Sheppard, for Q Magazine: “Smith’s thin, reedy voice may not be to everyone’s taste, but his odd, conversational lyrics (unrequited love, ageing, loneliness) frequently intrigue and surprise”. “Heaven on the Ground is a gorgeous Nick Drake ballad as heard though a concrete dividing wall”

I realize now that when I opened this thread a few days ago there already was another "official" one by petri.

So if you want to recommend songs and albums, please go here instead of posting in this thread.
Thank you.