Welcome to the '70s everyone. I have exams at the end of this month so the deadline will be one week later than it would normally be.

You can post a list of anywhere between 5 and 20 films (or more, but only 20 will be counted) from the year we're covering. The deciding factor in terms of release dates is the RYM list and the top 10 of each year will go on to the final top 100 round. The deadline is February 5th.

Here are some lists to remind you of the great (and awful) films released in 1970, from a variety of sources:
IMDb
RYM
Films101
RottenTomatoes

Well, I screwed up both the IMDb and RottenTomatoes links; sorry about that in case anyone besides me uses them.

To me this seems like something of an inbetween year, so I am modest with my points.

I remember the titles of a lot of the movies, but it's too long ago that I've seen them.

I've only seen three films from this year, none are among my favorites and two are by the same director.

So, since apparently Tristana doesn't exist on Netflix, I'm going to try to watch Red Circle and Claire's Knee just so I can vote. I'd appreciate any other suggestions. (Also I can watch Even Dwarfs Started Small because I just remembered I bought a Herzog collection that has it.)

Looking ahead, 1972-1977 are consistently incredible, but I'm not a huge fan of this year.

On a side note, why is Kings Of The Road so hard to find in America? You'd think with the popularity of Paris Texas and Wings Of Desire it'd be a logical release for someone.

Sorry for not posting anymore in the 80s poll, but halfway I simply lost interest. Without doubt, the eighties must be the worst decade in film history. The 70s seem more promising.


This year a lot of music-oriented movies. 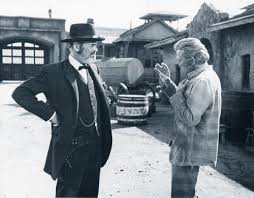 Definitely not the best year of the 70s.

I'm going to sit this year out because I only have seen 4 movies and only two of those are worthy of ranking. I am going to put a good word in for Beyond the Valley of the Dolls which I'm kind of surprised isn't on a list yet on a music forum! Too embarrassing?

Excellent, welcome to the film polls Henry. Hope you can participate in the upcoming years as well!

Since the copy of Tristana I picked up had no subtitles even though the Amazon listing said it did, I suppose my list is ready.

At least there's Performance. I love Roeg's use of sound and cutaways in the two films of his I've seen.

The Conformist is the only movie on the list in the TSPDT top 100. It's a good film, but I find it has some issues. What I like about it is the concept of the main character as a conformist, going along with the fascists while they're in power, then railing against them when they're not. But, the dubbing is pretty terrible and more obvious than most Italian films that dub. So much so that when I first watched the film, I paused it and checked imdb to make sure Italian really was the original language. Also the whole Plato's Cave metaphor doesn't really make sense in context. I'm not sure lack of broader knowledge had anything to do with the country accepting fascism and the film didn't sell it.

Getting in at the wire...surprised to find I haven't seen nearly as many films from this year as I thought.

The first results are in, and the first #1 gets four #2 votes but not a single #1 vote: