Syrian Armenians Declare War Crimes of ERDOGANG
Armenian women fleeing from Syria’s Kessab to Turkey have said that 10 Turkish-speaking bearded men entered their homes and took them to the kaimakam of Yayladağ. This is clearly a war crime!
Red. DailyAydinlik.com/ 4 Apr. 2014

Syrian Armenian women who were forced to flee to Turkey following an attack by Islamic fundamentalist terrorists on the Syrian town of Kessab and its residents have spoken to the Turkish-Armenian newspaper Agos. These women accuse the Prime Minister Tayyip Erdoğan of holding some responsibility for the assault. Siblings Satenik and Sirpuhi Titizyan, 82 and 84, were themselves interviewed by the newspaper, where they spoke of how they handed over their house keys to militants who came to take the pair away as they fled their homeland.
The sisters, currently being hosted in the only remaining Armenian village in Turkey, Vakıflı in the Samandağ district of Hatay Province, spoke to Agos journalist Lora Baytar about their experiences of being in Syria during the civil war and in particular of the attack by terrorists on their town of Kessab. A number of statements the pair gave surprised readers of the newspaper, raising suspicions over Turkey’s involvement in the attack and it terrorists groups in Syria in general. Towards the end of the interview, the sister told Baytar about the moment they came face to face with the militants, transferring that:
“Bearded men entered our house. They were 10 people. When we explained that we were frightened they said, ‘Don’t be scared.’ They entered the house and ransacked the place.”
Baytar: Were they speaking in Arabic?
“No, they were speaking in Turkish. They took us to the border. I asked the man ‘Are you taking us to Turkey? We were going to go to Latakia though.’ He didn’t respond. They carried our belongings, they didn’t treat us badly. After crossing through the border gate, the biggest man took us to the [Yayladağ kaimakam - district governor], they took down our fingerprints and took photos of us. They checked our blood pressure, they took away our passports, and they said they’d give them back when they return. We signed papers, and after they took us to Vakıflı.”
Did you know that so many men would attack the village?
“No, but Erdoğan said that he had opened the way for them. They said, ‘Bad men will come here.’ If Erdoğan hadn’t of opened the path for them, this many bad men would not have come. These bearded men had come from Turkey.”
What you think about coming to Turkey?
We needed to go somewhere because no one was left there. If there is a morsel of bread we can eat in this world, we will eat that too.
Are you scared here?
We are not afraid, neighbours from the village are coming, no one is missing from those we left and came with, they are looking after us well. 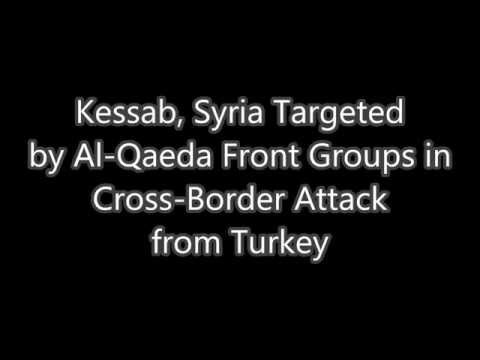 Very good article, Its really wonderful post, Thanks for sharing with us . prayer to break up a couple