Commentary by Dr. David Duke — Take a look at this accompanying picture of the massive terror bombing in Gaza. Two media buildings housing international journalists were targeted and hit by huge Zionist bombs.

If this bombing of International media personnel is not terror, than what the hell is?

Israel says it is fighting terrorists. Are international journalists who are targeted, killed or maimed — terrorists?

Here is the report from the International Media Wire:

How would the world react if Palestinians blew up large media building in New York or London or Paris or for that matter Tel Aviv?

Would not there be massive outrage by the media itself in response to the terror endured by journalists?

But there is hardly a peep of protest in the Western media.

Of course, the answer to why there is no protest is very simple.

The Ziotribe already controls or has deep influence in the media of America, Europe and around the world. Most of the world’s largest media conglomerates are either owned by Zionists or have Zionist partisans in critical positions of control.

You can read the shocking, documented facts of the enormous Zio power over the largest media in America and around the world — in my chapter on Jewish Media Supremacy — found in my book, Jewish Supremacism.

Even if a media company is not directly owned or managed by Zio partisans, it must collaborate with the Zio terrorists and dare not say a word about the Zio terrorism and crimes of Israel in order to stay in business and get the zio-approved advertising it must have to survive.

Individual journalists who dare to expose the crimes of Israel find their careers destroyed. I have personally talked to dozens of journalists who have confided that fact to me. In fact, it is such common knowledge among journalists that they often speak about it among themselves but say nothing about it publicly.

Yet, even terror against journalists to keep them out of Gaza is not enough. The Zio supremcists must remove any media networks that heroically report on Israel’s terrorism from the cable systems and even the Satellite transponders- such as the recent silencing of Press TV from much of the World! A week ago the Zionists were able to remove Press TV from the East Asian Satellite System. AsiaSat, this after they removed Press TV from most systems in the Americas and Europe. The supposed governments representing freedom cannot allow any dissenting voices to the Zionist supremacists!

And just to add some icing on Zio terrorist cake, they kill, maim and terrorize journalists who dare to even come to Gaza to report on the horrific human suffering of the people there from this Israeli terror. They want to prevent the world from seeing any images of the human carnage of the Zio terror!

The Ziomedia headlines, “Israel retaliates!” but the truth is that the meager homemade rockets launched by the ethnically cleansed, terrorized, people of the Gaza concentration camp — are failed and futile efforts at true retaliation for 60 years of massive crimes of Israel.

Tens of thousands of people have been murdered by Israel, tortured by Israel, whether directly by the Zio State or through their control over the American President and Congress as well as the Zio controlled politicians of Europe.

As an American, the Zio control over our nation is so supreme that most Americans don’t even have a shred of knowledge that Israel has committed terrorism against Americans!

They have absolutely no idea that Israeli terrorists were caught blowing up American facilities in Egypt in a false flag operation appropriately called Operation Suzannah, and that after they were caught red-handed, Israel had to admit that its government was behind these terrorist attacks!

And Americans don’t even know that three years ago Israel had the chutzpah to give medals and call “heroes” the Jewish terrorists who blew up these American civilian movie theaters and libraries. It was a vicious attempt to blame an innocent nation and get America into a war with that nation. And of course, the Zio media in America didn’t tell Americans about Israel’s giving medals of honor to the terrorists who attacked the United States.

If the Zio terrorists in Operation Suzannah had been not been caught, their terror would have caused a war costing untold numbers of American lives, tens of thousand of innocent Egyptian lives and billions of American dollars!

In fact, this Israeli act of terrorism against America was clearly an act of war against the United States.

Can it be any more clear to those of you who are still brain dead about the crimes of Israel?

Operation Suzannah was an ACT OF WAR against the United States and the American people!

If any nation ever deserved to be bombed by the American military, it is the terrorist state of Israel after these attacks.

But how did our Zio-traitor government and media of America respond to the Zio terrorist act of war against America by the Israeli government?

Answer: with not a peep of outrage in our Zio media.

We bombed Israel only with billions of your tax dollars.

In fact, we kept on sending them billions of dollars worth of bombs so they could commit more terrorism. Ten years after Operation Suzannah they used American Napalm bombs that we paid for and sent to them — to bomb our own ship the USS Liberty.

Israel killed 34 Americans and wounded 174 in a vicious surprise attack by unmarked Israeli planes in a repeat of the objectives of Operation Suzannah.

They were hoping to kill every American and blame Egypt for the attack. They failed in that plan too.

But, that attack was also covered up by the American media and government. However, a few brave Americans such as our Secretary of State at the time, the respected Dean Rusk, as well as our our top military man, Admiral Thomas Moorer (Chairman of the Joint Chief of Staff) both said at the time and for the rest of their lives that Israel deliberately attacked the USS Liberty!

So how can we expect the ongoing terrorism of the Jewish state of Israel against the Palestinian people to be reported truthfully in our media. How can we expect the Zio media and government, the Zio traitors like Ziobama to say anything other than to claim “Israeli Retaliation”?

But the truth is plain. How could any truly free and unbiased media not label the Israeli terror bombing of international journalists as terrorism?

Israel essentially admitted that they knew it was a media building with innocent international journalists present.

How can the murder of the 1400 Palestinian refugees from 60 years of Jewish terror in Gaza, half of them women and children, killed in the last Israeli attack on Gaza — not be called terror?

The answer must be obvious to you by now.

It is because the Zionist terrorist, ethnic Jewish supremacists occupy much more than Palestine.

The Zio Matrix of power over Media, Finance and Government prevents millions of people from seeing who the real terrorists are.

I know who the real terrorists are.

I hope to God that by now you that you know who the real terrorists are.

If you know the truth, do help send this article and its truth to anyone who simply dares to read and check out the facts that I state here.

Support my work and that of all people who dare to speak the truth about the Zio Threat to the Palestinians and every people on earth.

God Bless You All,

And God Bless the Heroic People of Gaza! As America tries to digest and understand the apparently senseless violence of the tragic Connecticut school shooting, it is worthwhile remembering that the Jewish Supremacists who run Hollywood have already acknowledged responsibility for inciting violence with their deluge of filth which masquerades as “entertainment.”

In the wake of the horrific July 2012 shooting at the ‘Dark Knight Rises’ film premiere, Jewish Supremacist Hollywood producers were forced to acknowledge that their violent imagery plays a role in inciting copy cat violence by unstable individuals.

Although Hollywood is famously extreme leftwing, it specializes in outrageously violent content, with each film, TV show or video game competing with its predecessor to show more death, gore, drug abuse and degeneracy.

“Some say we’re complicit in this violence and I’m not sure we are,” he said. “But, it does give me great pause. We want our movies to be shown to the widest possible audience — we are in a commercial business — but I now have to look deeper.”

Kurt Sutter, the Jewish Supremacist writer-producer of such TV shows as “Sons of Anarchy” and “The Shield,” said in a Twitter reaction to the ‘Dark Knight Rises’ shooting that “This kinda thing always makes me question my liberal use of violence in storytelling.”

Independent producer Harvey Weinstein, who has released all of director Quentin Tarantino’s violence-laden films — from “Pulp Fiction” to his upcoming revenge picture “Django Unchained” — suggested to the Huffington Post that “all of us who deal in violence in movies” should sit down … and discuss our role in that.”

According to black Hollywood movie star Jamie Foxx, who is possibly most famous for his role in the Weinstein/Tarantino movie Django Unchained (where his character jokes about “how great” it is kill all white people) said the movie industry deserves some of the blame for people who go out and commit violent acts.

Foxx, told the Associated Press that actors can’t ignore that the violence they portray onscreen can influence people in real life. “We cannot turn our back and say that violence in films or anything that we do doesn’t have a sort of influence,” Foxx said Saturday. “It does.”

Everyone is in danger in the Terror center Istanbul 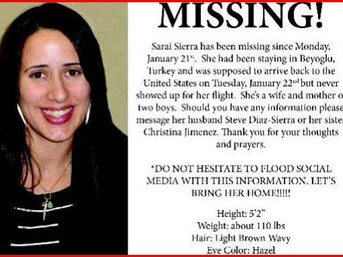 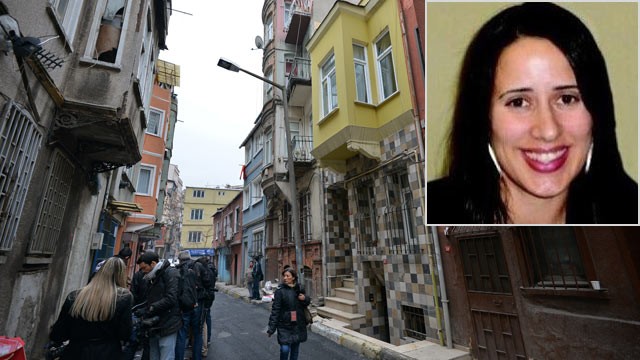 Sarai SIERRA, a 33-year-old Armenian-American woman, married mother of two young boys, lived in Staten Island, where she worked in a chiropractor’s office while pursuing a bachelor’s degree. She also had a passion for photography, and last month boarded a plane for Istanbul—a picturesque and culturally rich city with views of the Bosporus River and Sea of Marmara—to spend two weeks pursuing it. It was her first trip abroad, but when a friend who reportedly planned to accompany her had to cancel, Sierra decided to go alone.
Istanbul is not a safe city for everyone
http://www.thedailybeast.com/articles/2013/02/03/sunset-istanbul-style-staten-island-woman-sarai-sierra-murdered-in-istanbul.html 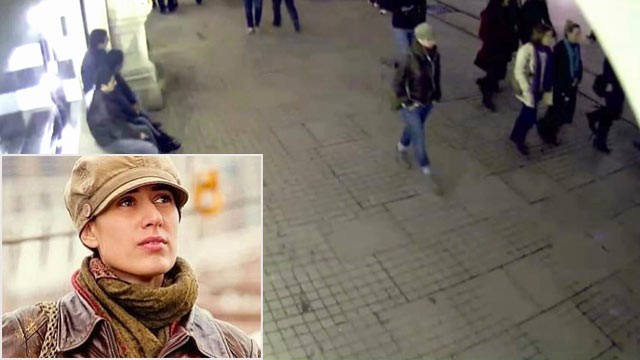 Istanbul is not a safe city for everyone 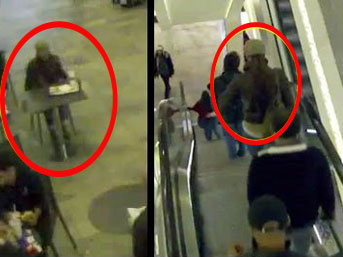 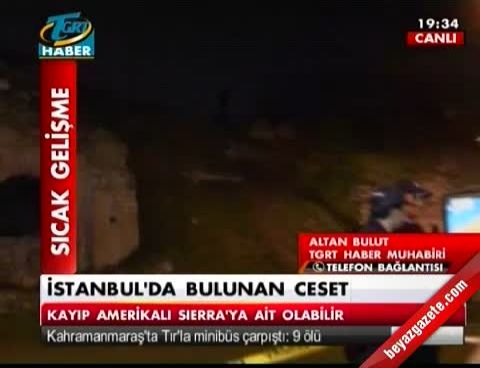