This was a program that aired on CMT (Country Music Television, USA). It then looks like it was picked up by Australia, though with 4 fewer songs. Two articles on it:


CMT debuts its brand new fourteen-part documentary series Impact: Songs That Changed The World on January 17, 2003. Each week Impact explores the cultural impact of a particular song and the way it set trends in music, fashion and dance. Guests include recording artists, music industry executives, cultural and political experts, radio and TV commentators, musicologists and the music fans themselves.

"Every year there are five to ten songs which are massive hits and everyone comes to love and sing along to. But Impact songs are more than just hit records, their resonance is more profound than just sales figures. The series focuses on a number of songs that in their own remarkable way made an indelible mark," says Ted Kennedy, music consultant for the series.

Pop music, or popular music, whether country or rock 'n' roll has the image of being frivolous and disposable. But certain songs have proved to be the catalyst for the transformation of the cultural and political landscape. Chuck Berry defined what rock 'n' roll would become with his guitar-playing and the attitude coming through his lyrics; dance music and fashion were changed forever by the Bee Gees and the film Saturday Night Fever; Ian Tyson's Four Strong Winds defined Canadian music; BandAid's Do They Know It's Christmas marked a new era of raised social consciousness; Shania Twain re-invigorated country and brought it to a broader audience and John Lennon once commented that if there had been no Elvis, there would have been no Beatles.

Martin Melhuish produced the series for CMT. A published author of a number of books including biographies on "Supertramp" and "Bachman-Turner Overdrive", he has also written "Heart of Gold: 30 Years of Canadian Pop Music", "Oh What A Feeling: A Vital History of Canadian Music", "Celtic Tides", " Bound For Movin' On: A History of Canadian Country Music" and 'Wired For Sound".

CMT host Elissa Lansdell launches Impact: Songs That Changed The World from Cleveland's Rock and Roll Hall of Fame on CMT on Friday, January 17 from 9 - 9:30 p.m., with a snapshot of the series, highlighting all 13 songs.

In his book 31 Songs, released last year, English author Nick Hornby wrote about the tunes that changed his life.

Such inspiring songs can lift the mood of their singer's fan base every time they are played.

Songs have also been made scapegoats for everything from subverting culture to inspiring school shootings. They have provided a soundtrack to the anti-war movement, raised awareness of famine in Africa and highlighted women's liberation.

But does a song really have the power to change the world?

A new nine-part American documentary series, Impact: Songs that Changed the World, analyses the power of song and in particular a song's lasting impact on music styles, fashion, mores, culture and society.

Screening each Wednesday on SBS

at 7.30pm from next week, the hour-long show will analyse the power of nine songs, starting with Chuck Berry's Maybellene.

Rock commentators claim the image of a duckwalking Berry introduced rock'n'roll to the mainstream while breaking down racial barriers and symbolising freedom to postwar teenagers.

Other songs chosen for their influence include Elvis Presley's Heartbreak Hotel, Stayin' Alive by the Bee Gees and Madonna's Like A Virgin.

"Rolling Stone was a landmark because it was so long, which was unheard of at the time, and because it wasn't positive," Griffin says. "It reflected a time, a turning point, and it opened a lot of doors for people who started writing 'finger-pointing songs'. And with his Star Spangled Banner, Jimi showed that you could be ironic about sacred national icons."

Since this isn't available online anywhere, here it is, for those interetsed to peruse.

* "Rock Around the Clock"
In 1955, Bill Haley & His Comets, who had already covered Ike Turner's "Rocket 88," blasted off for uncharted spaces with that ethereal entreaty,
"One, two, three o'clock, four o'clock- Rock!" it was the first anthem for the nascdent but already huge teenage audience that was Rock 'n' Roll Nation, as well as a dynamic theme song in the film Blackboard Jungle.

* Bringing It All Back Home
Blonde on Blonde was the very definition of magnum opus, and its immediate predecessor, Highway 61 Revisited, is rightly considered one of the
greatest-ever- and most influential- rock records. But it was here, in 1965, on his fifth album, that we first heard a rock 'n' roll band behind the Dylan lyrics- "Subterranean Homesick Blues," "Maggie's Farm"- and heard the band declare "It's All Over Now, Baby Blue."

* Fresh Cream
It's hard to say whenrock got harder but fair to say that in late '66 this debut album by the brilliant trip Cream told us it was time to turn the volume up to 11. Cream opened the door for the quick acceptance of artists like Jimi Hendrix and, in a corollary, paved the way for lesser bands to gain success playing distortion-racked music. Their legacy is seen in the
many permutations of today's metal scene.

* Revolver
Before Brian Wilson of the Beach Boys and Paul McCartney of the Beatles staged their much ballyhooed creative showdown with Pet Sounds and Sgt. Pepper, this 1966 album showed the Fab Four had left behind the world of conventional pop songs and was starting toexplore new realms. Rock was never the same.

* "Say it Loud- I'm Black and I'm Proud"
When James Brown said it loud in 1968, black people, young and old,
listened, as the song provided a new kind of backing for a movement- black pride- that was already up and running. To hear a music god shout the slogan through the airwaves, in the very year Dr. Martin Luther King Jr. was assassinated, made real changes seem within reach.

* Sweetheart of the Rodeo
In the same year Brown released "Say it Loud," the Byrds issued an album that was the sonic antithesis of that song and all the psychadelia floating around, but was still very much in the realm of rock. Most heavily
influenced by the band's newest member, Gram Parsons, Sweetheart of the Rodeo took rock 'n' roll down yet another road. To Sweetheart, with its sittin'-on-the-porch country feel, such followers as Poco, Linda Ronstadt, the Eagls, Loggins and Messina, Tom Pettuy and Wilco owe a great deal.

* What's Going On
James Brown notwithstanding, most doo-wop and soul music of the 1950s and '60s was about baby love and in the still of the night, or hearing things through the grapevine; Marvin gaye himself waxed his share of it. When Gaye came forth with this jazzy, introspective album in 1971, with its wonderings about the political and ecological fate of the earth, it was a revelation,
and told all performers- black and white- to start thinking harder.

* Saturday Night Fever
The 1977 soundtrack of the John Travolta film was essentially Disco's Greatest Hits. For better or worse, this is the emblematic record of an era,
a half decade when you sported an open-necked shirt, polyester pants, a flouncy dress and spiked heels on weekend evenings. Yes, you did.

* "God Save the Queen"
Talk about a backlash! Hearing disco, the punks blasted back. This Sex
Pistols song caused the loudest commotion. It reached No. 2 on the British charts in 1977- during the Queen's Silver Jubilee- and set off an outcry nearly as raucous as Johnny Rotten himself. The nilhilist Pistols weren't just attacking establishment Britain, they were attacking everything , and claiming they spoke for their g-g-generation. From the punks through Guns N'Roses to grunge and Garbage, loud, angry rock 'n' roll has never again been out of fashion.

* "The Message"
Grandmaster Flash was a pioneer of the turntables when rap was finding its feet. In 1982 he and the Furios Five, who had been rapping since 1976 and
had developed a rabid following in New York City, delivered their message to the nation: Our culture is our own, it sounds like this, its concerns are these- violence, brutality, inequality, death- and we're going to express ourselves this way.

* "Like a Virgin"
Madonna had already notched a couple of club hits when this became her first No. 1 in 1984. Melodically, it was just another pop song, but it sent an entirely different message than her earlier music had, and allowed for the rise and rise of women in rock 'n' roll. Madonna's persona, developed here and in "Material Girl," was now touch and raunchy. Most Important, Madonna was definitely in charge. Byt the end of the decade, Janet Jackson could dance just as dirty as Michael, and Courtney Love could front a band every bit as loud and nsty as Kurt Cobain's.

* Backstreet Boys
The boy band from Florida first conquered Europe, and this CD, culled from two that had previously been released abroad, didn't become a multiplatinum smash in this country until 1998. At that point, however, it rang the bell for rock 'n' roll's latest round of teenage frenzy. The mania tradition dates to Elvis, Fabian and the Beatles, of course, and extends through
Menudo, New Kids on the Block, Boyz II Men. However, it may be said that, as far as phenomena go, rock had never seen a kiddie invasion like the one spurred by the B Boys and quickly joined by 'N Sync and that dangerous mini-Madonna, Britney Spears. The next generation awaits.

but figured I may as well as it to this thread. 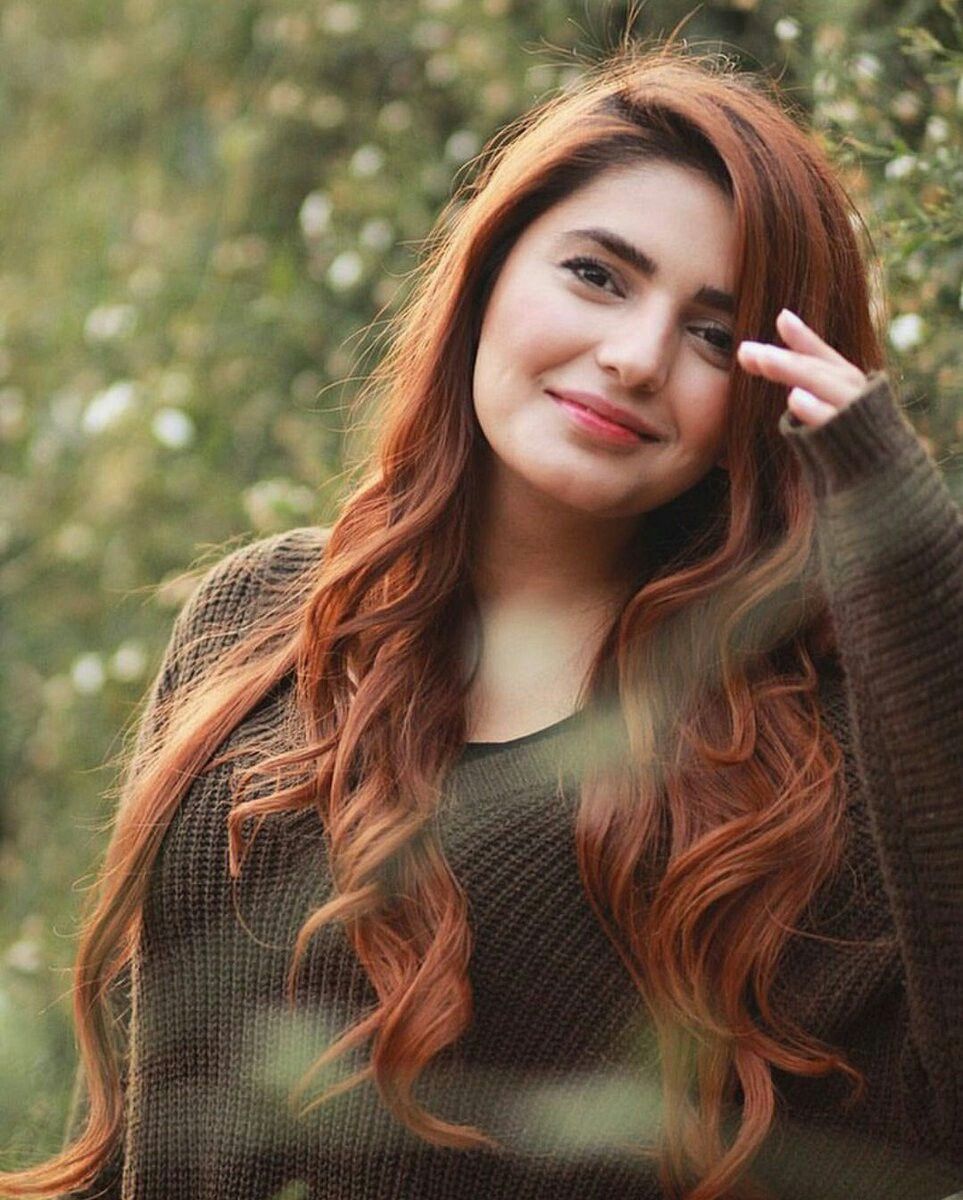 As we know that we follow new trends and music plays a big role in our society as we want to spread a message to the youth so that we can communicate with them.
lottery winning spell

Email   Website
a
AnnaGabler
Re: Lists of Important, Impactful Albums/Songs

Excellent blog you have got here.. It's difficult to find high quality writing like yours nowadays.wazifa to get your love back

Thank you so much for the informative and interesting post I like your points which you have discussed over here great job.
किसी के दिल में मोहब्बत डालने की दुआ

David N Reynolds
Re: Impact: Songs That Changed the World

Are you facing a problem in your love marriage? Are your parents not allowing you to marry the one you want? Or Do you love someone but they are not ready to marry you they chose someone else to marry instead of you? But still, you want to marry that person then you are in the right place as Astrology plays important role in everyone's life, and we are well known for these type of marriages, in fact, we deal with inter-caste marriage through grazing crystals as planets play a very important effect on our life. Intercaste Love Marriage Specialist Baba Ji in Jalgaon

Some interesting things in there.. Thank you so much for the informative and interesting post I like your points which you have discussed over here great job. wazifa for husband

You made the list's great with different forms of music but you should also posses some new trending music here also.otherwise all music listed here are fantastic.
how to break up a couple