Nicolas, I hope you don’t mind me taking the liberty to open a 90s recommendations thread.

The first album I would like to recommend from 1990 is Paco Ibáñez’s Por una canción. He is a Spanish singer/songwriter who sings poems by mostly classic poets from Spain (and from Peru and Nicaragua on this album). But to be honest, with that slightly broken but very characterful voice he could sing nursery rhymes and I would probably still like it. Here is Ya no hay locos (poem by León Felipe):

The album isn’t on Spotify (at least not here in the UK) and there aren’t many songs from it on YouTube. But I’ve found a website where you can listen to all the songs, so here they are for anyone interested:

Other albums not on AM which I would recommend to folk/roots and world music lovers:

Kevn Kinney – MacDougal Blues: Accoustic folk and roots rock like they used to do it in the 60s and 70s.

Loketo – Soukous Trouble: Wonderfully energetic soukous (a blend of Cuban rumba and other Latin American music with the folk music of the Congo).

Luka Bloom – Riverside: Contemporary Celtic folk from Ireland (but a lot of the songs are perhaps more rock than folk).

Alison Krauss – I’ve Got That Old Feeling: A really lovely bluegrass gem with country and pop skilfully blended in. Here’s a song called “Endless Highway” from the album:

h
Honorio
Re: Recommendation Thread: The Best Albums and Songs of the 90s

Wonderful recommendations, Dan. I haven't heard before that Paco Ibáñez album, I liked it a lot.

Let me follow: going back to my old 1990 list (that I’ll try to update for this poll) those were my non-English choices.
Albums:
1. GORAN BREGOVIC "Le temps des gitans" (my #12 then: the first soundtrack from the great Goran Bregovic for Emir Kusturica and his first release with his Wedding and Funeral Band; an album that includes the amazing "Ederlezi" could be nothing less than great).
2. LOS ENEMIGOS "La vida mata" (my #15: the sound of the barrio, the arrogant and raw sound of the Madrid mean streets).
3. NUSRAT FATEH ALI KHAN "Mustt Mustt" (my #18: the Western instrumentation did not reduce the intensity of Nusrat voice).
4. PACO DE LUCÍA "Zyryab" (my #19: the last great album from the greatest flamenco guitar player ever, after that the decadence began).

Songs (non-Spanish):
1. GORAN BREGOVIĆ Ederlezi (#6 then, the clip from the Kusturica movie is as outstanding as the the song, sadly we don't have this song on the World Cup Poll)
2. NUSRAT FATEH ALI KHAN Mustt Mustt (Massive Attack Remix) (#29). This could be probably Henrik’s favourite too but Nicolas probably would prefer the original version. And what about me? Can I choose both?
3. PAQUITO D’RIVERA feat. ARTURO SANDOVAL (the song Reunion that I put on #42 is not available on You Tube despite being available almost every other song from this wonderful latin jazz album, you can listen instead to Friday Morning
4. GORAN BREGOVIĆ Talijanska (L'italienne) (#48, Bregovic's version of a traditional Italian tune for the "Time of the Gypsies" soundtrack).
5. JUAN LUIS GUERRA y 4:40 Ojalá que llueva café (#49, a smash hit in Spain at the time, a nice sample of merengue from Dominican Republic).

c
Charlie Driggs
Re: Recommendation Thread: The Best Albums and Songs of the 90s
Honorio
Let me follow: going back to my old 1990 list (that I’ll try to update for this poll) those were my non-English choices.
Albums:
1. GORAN BREGOVIC "Le temps des gitans" (my #12 then: the first soundtrack from the great Goran Bregovic for Emir Kusturica and his first release with his Wedding and Funeral Band; an album that includes the amazing "Ederlezi" could be nothing less than great).

"Time Of The Gypsies" is one of my favourite soundtracks, too, but isn't it from 1988?
h
Honorio
Re: Recommendation Thread: The Best Albums and Songs of the 90s

j
John
Re: Recommendation Thread: The Best Albums and Songs of the 90s

the Modern Lovers are it always surprises me how unknown Jonathan Richman's solo work is despite it being pretty much a continuation of the Lovers a decade later. I think my favorite album of his (including all Modern Lovers albums) is Jonathan Goes Country, eligible in 1990. Here are a couple tracks...


Since She Started To Ride 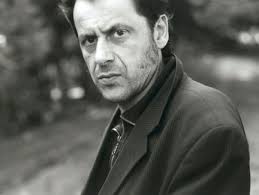