OK, sorry for the dramatic thread title, but this week is Otis Redding week in the Renner household, and I'm really falling for it. We're listening to one album per day on the way to and from work, and it's such a treat. I had never been much of a fan of soul music beyond Stevie Wonder's 70s stuff before, but I'm totally geeking out. Thanks to Schwah for winning the AM World Cup and listyguy for hosting it - you've nudged me on my way to a great discovery! 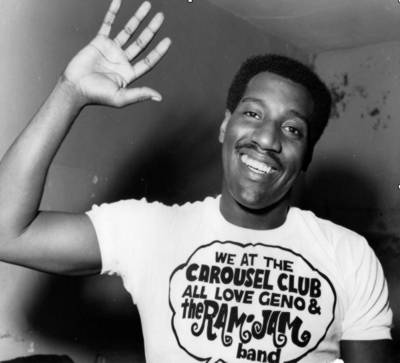 I've sorta rediscovered Otis as well through the AM World Cup. I had listened to most of his albums previously, but the appreciation suddenly hit. According to my formula he's now my #38 artist of all-time; up from somewhere around 65.

I'm sure you're going to enjoy the hell out of Complete and Unbelievable and The Immortal Otis Redding.

Awesome stuff Moonbeam and Stephan. So glad to have played a small part in leading you to (or back to) such a singular artist.

Moonbeam... I think you hit an important point in your Otis Blue review when you discuss the import of Sam Cooke to Redding. The more I read about Cooke, the more I realize how important he was to that generation of soul singers. Not just his gorgeous voice and his role in popularizing the process of bringing church singing to secular songs. But as a songwriter and businessman, he was a model to African American artists for how to succeed in the industry with integrity and artistry intact.

It is clear that Redding's voice and style came easily to him. It's all so natural, both the relaxed parts and the barn burning ones. "Dock of the Bay" makes clear that he was not content with the great successes he was having in concert (killing it in front of white and black audiences alike at home in the South, up and down the West Coast and in Europe) and on record. He was searching to do more. As my hesitation with respect to "Dock of the Bay" attests, I'm not sure if he had it in him to be a true innovator of soul music, in the way James Brown, Stevie Wonder, Curtis Mayfield, and (briefly) Marvin Gaye were. But it is an everlasting shame that he never had the opportunity to try. At least we know that within the confines of the style of music pioneered by Cooke and Ray Charles (and others to be sure), Redding hit such beautiful heights.

Stephan, I don't have The Immortal Otis Redding.

I bought this awesome 5-pack of his first 5 albums and it is among the best music purchases I've made!

Schwah, Otis definitely feels like a gateway for me to get into other soul legends. I never used to like anything from before 1975, as it all sounded too "old", but artists keep gatecrashing my biases. Sam Cooke seems like a good place to turn, as he was obviously an enormous influence on Redding. Any recommendations about where to start with him?

And the final two reviews in this mini-project:

m
Midaso
Re: OTIS FREAKING REDDING!!!
Moonbeam
I bought this awesome 5-pack of his first 5 albums and it is among the best music purchases I've made!

That's it! I picked up one by a-ha, too. Is this a comprehensive list of what they've issued so far?
j
John
Re: OTIS FREAKING REDDING!!!

I can't get into Redding's stuff, but I once said the same thing about Stevie Wonder and now he's one of my favorites so I'm sure one day it'll click.

m
Midaso
Re: OTIS FREAKING REDDING!!!
Moonbeam
That's it! I picked up one by a-ha, too. Is this a comprehensive list of what they've issued so far?
Nah,the list isn't right up to date - there's definitely been a new batch of releases since then - stuff like X,Tim Buckley,Chic,Ornette Coleman,John Coltrane,Randy Newman,EBTG. To find others,you'd have to search up 'Original Album Series' in Amazon...
« back
Return to Website  > Index  > Acclaimed Music  > Music, music, music...  > OTIS FREAKING REDDING!!!