Welcome to the Act 4 of the 50s & 60s acclaimed music forum poll. This month it’s the turn of the years 1959, 1960 and 1961, a relatively weak period if we compare it with the gorgeous 1956-1958 years. The first generation of classic rock & roll pioneers were out of the scene for different reasons: death in a plane crash, military service, imprisonment under accusation of induction to prostitution of a 14-years old girl, religious crisis or public scandal after marrying a 13-years old cousin in the cases of Holly, Presley, Berry, Penniman and Lewis respectively. A second generation of bland teenager idols (Pat Boone, Fabian) dominated the charts with a pale version of the original rock ‘n’ roll. But there were also great things from 1959 to 1961. Let’s discover them together.

Please submit at least 5 songs and/or albums, preferably but not necessarily with ranking, lists without ranking will get an average score of 10 points per song/album. The deadline is midnight on the 31st of March. For the scoring, rules and other details check here.

Have a nice poll…

I got no preliminary list this month, my only sure (and immovable) choices are my #1 for albums (“Kind of Blue”) and songs (“Moon River”).

For the films, I take the date of the film, not the music release, it's more easy.

I cross the fingers the dates are not too false.

When is the deadline?

Sorry, sorry, the deadline is 30th of April. These damn things happen when you copy and paste.

Not much going on for rock albums... I'll do songs later.

c
Charlie Driggs
Re: Forum Poll: The Best Songs of 1959

The year the music died!? Not really. With Johnny Kidd & The Pirates (way better than the early Beatles) the British invasion started. There were a lot of experiments with african/middle eastern sounds, which became influentially some years later (the Babatunde Olatunji song is a rough draft of Santanas Jingo). The (Hammond) organ conquered pop music (one of the best examples ever is my number one Bobby Bland song). Instro rock'n'roll reached its zenith and prepared the ground for surf rock. Sixties soul took shape in its northern (Isley Brothers) and southern (Ray Charles) style. And Motown was born.

I'll have to listen to this group. I've heard the name I think, but I know I've never heard the music.

Thanks Charlie Driggs for this excellent summary. I will add the very beginning of the folk boom and blues revival with the release of essential recordings especially by people like Alan Lomax, Harry oster and the beginnings of essential labels like Chris Strachwitz's Arhoolie, which recorded blues giants like Big Joe Williams or Mance Lipscomb in 1960.

By the way, here are my spotify links

The 1961 song list is empty but it will be filled soon.

Too bad Spotify hasn't the Congolese songs by African Jazz, Ok Jazz et al, but most of them can be found on a highly recommendable compilation called
"Congo : Rumba On The River" (release dates of the songs can be found here )

c
Charlie Driggs
Re: Forum Poll: The Best Songs of 1961

Going through your list I've just listened to "Town Without Pity" by Gene Pitney.

b
Brad
Facorite Albums and Songs of 1959

Going through your list I've just listened to "Town Without Pity" by Gene Pitney.

It's the title track from a crime and courtyard drama with Kirk Douglas settled in southern Germany after the war. Not bad, too.
m
Mindrocker
Re: Forum Poll: The Best Albums and Songs of 1959, 1960 and 1961 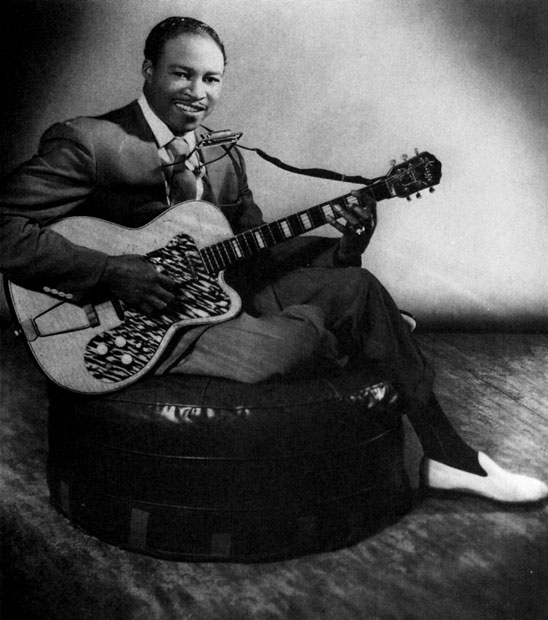 Apparently, nobody has voted for any Jimmy Reed single or album.

Check out his singles they were hugely popular at the time. Elvis covered "Big Boss Man".

Contrary to what AM says, "Baby what you want me to do is from 1959". Check RYM, Globaldogproductions and soulfulkindamusic. 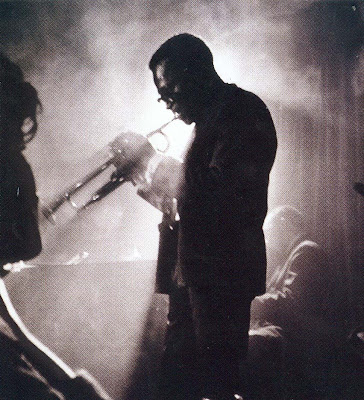 1. THE EVERLY BROTHERS: A Date With the Everly Brothers
2. THE EVERLY BROTHERS: It's Everly Time
3. JOAN BAEZ: Joan Baez
4. LAMBERT, HENDRICKS & ROSS: Lambert, Hendricks & Ross
5. THE WEAVERS: The Weavers at Carneggie Hall (Vol. 2)
6. ELVIS PRESLEY: Elvis is Back!
7. CLIFF RICHARS: Me and My Shadows
8. ELVIS PRESLEY: G.I. Blues
9. ANITA KERR: For You, For Me, For Everymore
10. ELLA FITZGERALD: Ella Wishes You a Singing Christmas
11. WES MONTGOMERY: The Incredible Jazz Guitar of Wes Montgomery
12. DINA WASHINGTON & BROOK BENTON: Two of Us
13. ROY ORBISON: Sings Lonely and Blue
14. SAM COOKE: Hits of the 50's
15. DION AND THE BELMONTS: Wish Upon A Star With Dion And The Belmonts
16. ELVIS PRESLEY: His Hands in Mine
17. WANDA JACKSON: Rockin' With Wanda
18. JAMES BROWN AND HIS FAMOUS FLAMES: Think
19. SAM COOKE: I Thank God
20. JAN & DEAN: Dore

21. THE DRIFTERS: Save the Last Dance for Me
22. WANDA JACKSON: You Are the One for Me
23. WANDA JACKSON: Let’s Have a Party
24. NINA SIMONE: Black Is the Color of My True Love's Hair"
25. WES MONTGOMERY: West Coast Blues

I didn't find a fourth album I wanted to give 30 points...

Amazing lists everyone (as I expected, of course). Please keep on posting (deadline is on 30 of April). Tomorrow I will go to Barcelona to a congress and I will be bak on First of May. Expect the first results on 2nd of May.

Don't have a lot of time and I'm going to Sevilla for the weekend, so I have to post a short list now just to help nicolas get another Brassens record in the next round.

Whoa, almost forgot, and this would have been a shame to miss. Jazz gets REALLY good here.

Great years. As you will see you have to go down to the 25th spot to have 5 albums from each year, because 1961 IMO is the weakest year.


(1) A box set that was reissued in 1993 as 4 CDs and featuring field recordings made by Lomax in 1959 : blues, gospel, folk, bluegrass by unknown people (at least at the time). It's a goldmine, as fascinating as the Harry Smith anthology.

First of all, SuperFurry, your list came after the dead line but anyway I’ve counted your votes even when they discarded for the final round two albums I love, “La valse à mille temps” and “Forbidden Fruit”.
But rules are rules…

Many thanks again for another great set of lists. The participation decreased a little, with 4 voters less than the previous round and an only new voter (a big welcome, Slick!). Anyway the core of voters are maintaining the usual level of excellence.

Let’s go with the last 5 albums that complete the 50 best albums of the 50s for the final round. The best albums of 1959 according to Acclaimed Music Forum were:
1. Miles Davis - Kind of Blue
2. The Dave Brubeck Quartet - Time Out
3. Chuck Berry - Chuck Berry Is on Top
4. Charles Mingus - Mingus Ah Um
5. Howlin' Wolf - Moanin' in the Moonlight

Miles Davis ended the 50s at first position and began the 60s… at first position too! The albums on the Top 10 not qualified for the second round were:
6. Joan Baez - Joan Baez
7. Muddy Waters - Muddy Waters at Newport 1960
8. Elvis Presley - Elvis Is Back!
9. Charlie Mingus - Blues & Roots
10. Art Blakey & the Jazz Messengers - The Big Beat Excellent position for Bobby Bland. And for Bill Evans, that managed to put two albums from the same concert on the Top 10. The rest of the Top 10:
6. Nina Simone - Forbidden Fruit
7. Max Roach – We Insist! Max Roach's Freedom Now Suite
8. Gil Evans – Out of the Cool
9. Jacques Brel - 5
10. Serge Gainsbourg – L'étonnant Serge Gainsbourg

Interesting that West Side Story has now made both decade lists (albeit different cast recordings)... I was torn on how/which to vote on since they are very similar to my ears (and excellent!).

Sad to see Roach's We Insist! knocked out. But very happy with Bobby Bland at #1.

I suppose with all the great jazz albums moving to the next round, we'll (again) see very few individual jazz tracks at the top. Why do you think that is the case?

Not completely true, Brad. I haven't compiled all the votes for the songs lists but there are more jazz songs than previous years, you'll see soon...

that's good news- excited for the results! Thanks, H, and let me echo the good luck wishes on your exams!

Many thanks, Brad. And, as I told you, this time the list is filled with jazz classics. These are the best songs of 1959:

1. Dave Brubeck Quartet - Take Five
2. The Flamingos - I Only Have Eyes for You
3. Ray Charles and His Orchestra - What'd I Say
4. Jacques Brel - Ne me quitte pas
5. Miles Davis - So What
6. Bobby Bland - I'll Take Care of You
7. Miles Davis - All Blues
8. Édith Piaf - Milord
9. Charles Mingus - Better Git It in Your Soul
10. Vince Taylor and His Playboys – Brand New Cadillac

Excellent selections again, boys. And so we already have the 100 best songs of the 1950s, soon I will post the complete list in a separate thread. Roy Orbison told us that only the lonely knew the way he felt. So it seems that we are all lonely people seeing the way we pushed him to the top of the list of best songs of 1960, this time less jazzy than 1959:

Tomorrow 1961 songs with a quite unexpected choice at #10 that it’s going to make Nicolas happy.

about the surprise, I have no idea what it can be

Del Shannon got an unseen (so far) unanimous support from all the voters but, despite that fact, John Coltrane came quite near on the second place (the record of difference of points between #1 and #2 is still hold by “Johnny B. Goode”). These were the best songs of 1961:

So this was the surprise for Nicolas, Rev. Gary Davis putting a song into the final round!! The votes for 1961 songs were quite dispersed so a song only voted by two voters (Nic & Hon) could get in if one of the voters (Nic) chose it as his number one. The other case (Leonard Bernstein’s "America") obtained 4 points less that the Harlem Street singer, being voted by Mindrocker and Brad. Damn, both songs belonged to the Top 10!! You can see the two truly amazing videos here and here. Please don’t miss the Rev. Gary Davis video, it’s absolutely chilling.
Yes, Nicolas, I know that you voted for that song as your #1 for 1960 but it seems that, although the Davis album was recorded in an only session on 24 August of 1960 (double checked), it was released in 1961 according to RYM and especially a very complete blues discography of the Bluesville/Prestige label.
Another song that appears on the Top 10 of 1961 despite being listed in AM as from 1960 (many of you put the song in your 1960 lists) is Patsy Cline's "Crazy". According to every source consulted (RYM, LP discography, Patsified or Wikipedia) the single was released on October 16th of 1961 and as part of the "Showcase" album on November 27th of 1961.

Many many thanks again to all the voters for so many amazing lists. And don’t forget to vote on the 1962-1964 edition.