Keeping up with my world tour through Google and Rolling Stone magazine. After Japan and Argentina, I landed in Chile and found this list. For some reason, they found only 50 albums this time, even if the list cover other genres than rock, and there's quite a number of compilations. The page where I found the list point them out:

Interestingly, the best album is from 1966 (no surprises) but is by a female artist (who was 50 years old when she released it), Violeta Parra, who committed suicide just after, seemingly because of a sad romantic story. 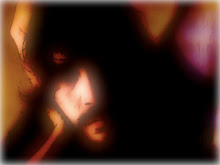 S7, many many thanks for such relevant information. I told you before that I play in different bands and I’m fortunate enough to share good music moments with a lot of friends. Two of them are from Chile and Argentina so I ask them about these lists. The first to answer was Rodrigo (the one in the picture), he comes from Chile, he’s an excellent guitar player, ophthalmologist, photographer and illustrator (you can see some of his awesome work in his blogspot). I told him that the list was heavy on singer-songwriters and these were their comments about it (sorry Rodrigo if there are some mistakes on the translation):

“No doubt, inside the singer-songwriter scene, Violeta Parra and Víctor Jara were (and will be) the most influential in what we call today “folk”. Los Prisioneros (The Prisoners) were THE pop-rock band of the 80s, strongly marked by the repression from the military regime and their music reflects it, great great band! Now their leader, the “charismatic” Jorge González, a total character, lives in Valencia… I wish I could visit him someday.
And what about Los Jaivas, mythical band of prog-rock fusing folklore and psychedelia that made cult albums like “Alturas de Machu Picchu” (“Heights of Machu Picchu”) putting to music the homonym poem book by Pablo Neruda. Their live shows were spectacular but sadly some fundamental members of the bands passed away, some of them part of the Parra family known for their endless collaboration with Chilean music scene.
About Los Tres (The Three) I can say that they were the most important band from the 90s, they play a brand of rock influenced by rag-time and swing and also by the own Chilean folklore. They worked a lot with Mr. Lalo Parra, father of Chilean folk. We can compare their sound and intention to those rough and rude recordings from the first North American bluesmen, in fact I’ve always seen a lot of similarities in real roots music from different parts of the world: the lament accompanied by a wooden guitar. Returning to Los Tres I must point to the lead singer Álvaro Henríquez (a complete rock star) and guitar player Ángel Parra (the Parra family again). Their records were a landmark for the nineties, influencing other bands like Los Bunkers (that appear also on the list) from Concepción at the south of Chile, just like Los Tres.
I will return to this later, it’s been a pleasure to make this historical critic exercise.”


Many thanks, Rodrigo, and now some You Tube videos in chronological order:

First of all the number 1, Violeta Parra, a pioneer of Chilean folk renewal that, as S7 accurately pointed, committed suicide after a loving disappointment when she was 50 years old (her lover was a boy half her age, a public scandal in Chilean during-the-sixties terms). Oddly one of her last songs were one of the most optimistic songs ever, “Gracias a la vida” (“Thanks to Life”, 1966), a chant to the joy of living. My brother and I played that song at the silver wedding anniversary of our parents (although our version was more uptempo, based on the Joan Baez cover).


Víctor Jara was the best example of political singer-songwriter with a fascinating and emotive legacy, he was brutally tortured (the Pinochet troops broke the bones of his hands with a revolver to make sure that he won’t play guitar anymore) and finally killed in Santiago de Chile Stadium in 1973. One of his best songs is “Te recuerdo Amanda” (“I Remember You, Amanda”, 1969) about a love between two workers abruptly ended with the death of the boy after joining a guerrilla, told in an elegant ellipsis and sung in a sweet way.


You can see Los Jaivas (odd hispanization of “The High & Bass” alluding to the differences of height between the Parra brothers) and “La poderosa muerte” (“The Powerful Death”, 1981), a video from his lauded “Alturas de Machu Picchu” (#2 according to RS), released in 1981 and not in 1995.


Los Prisioneros with “No necesitamos banderas” (“We Don’t Need No Flags”, 1984) from “La voz de los 80”, #3 according to RS. I can’t resist to translate some lines from the lyrics of another song, “Latin America Is a People South of USA”: “The foreign powers are our protectors, they test their weapons with our guerrillas ( … ) We’re such a pleasant people that everyone help us to raise a conflict ( … ) no matter if red of spangled, at the end there’s no difference”.

And finally Los Tres, with “Déjate caer” (“Let Yourself Fall”, 1995) from “La espada & la pared” (“The Sword & the Wall”, #10 according to RS), a song about the resignation about the inevitable, death again. Yes, despite beginning my selection with “Thanks to Life” I realized that DEATH was omnipresent.