Handlebar controls for S5161 are designated with LV7/BC/xx-xxx numbers indicating BSA source.
They are Doherty but look like AMAL with the nobly end on the air and ignition levers.
Central domed round head screw with slot and Dohert marking.

The last Norton contract, S5161 would appear from photos to have the ball-ended Amal type top controls..I believe they had 7/8" bars.

There are two types of Norton Doherty controls which have interchangeable internals, the pre-war squared-off style with a large hex screw and a later more rounded type with a small-hex. Both types are of all brass construction except for the top cover which was plated steel, they were originally dull chrome plated and later cadmium. They are quite a clever design as there is an internal tension nut and 'D' washer. Unlike with Amal and the crude Bowden set-up, the top cover is purely a dust cover and its loss does not result in a loss of tension on the lever..not that they come undone, as there is no rotating motion.

I have seen the later type cadmium-plated in 7/8" too, which suggests that some 7/8" bars WD16H may have had them (or were they simply supplied as a spare part ?)

In this photo, above are the early pattern and underneath the later-war type. 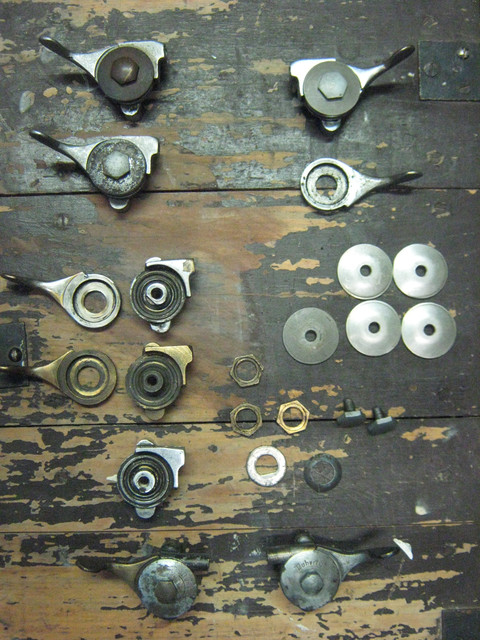 This is the late Doherty with the cover off. Lock washer etc. are identical to Pre- / early-war. 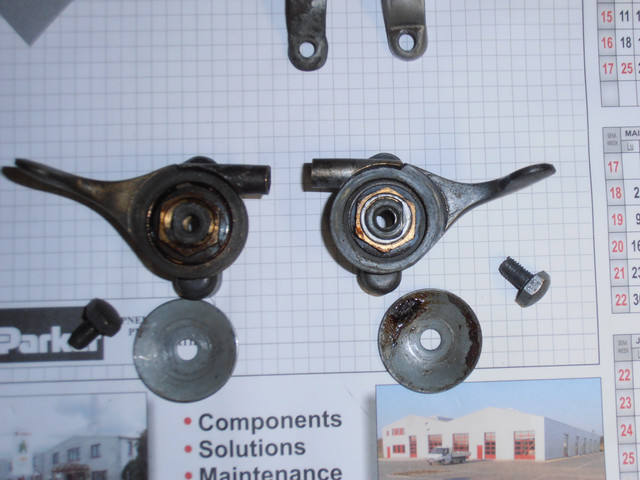 Rob, they continued to use the Doherty pressed steel pivots too, didn't they ? The odd thing is that I'm sure I've handled 7/8" top levers styled like second pattern Doherty. 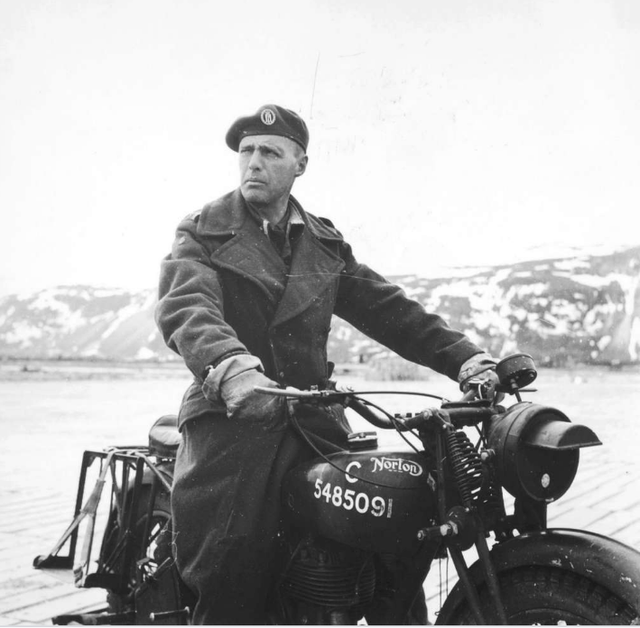 The bike did indeed still have the folded lever to handlebar bracket as well as the folded handles.
I did however also have the "normal" shape Norton exhaust valve lifter handle and the standard Norton applied twist grip.
Spare parts are replacement parts so the machines may have left the factory slightly different but apparently Doherty was also making parts fitting as LV7 items??

Rob, that sounds logical. Did the Amal style Dohertys have Doherty friction internals ? I'm just sure that I've picked up 2nd patern Dohertys and done the test that Les at Russells taught me of sticking my thumb in and finding that they had 7/8" clamps.

This one on ebay if its all original seems to be Doherty, Mazak, 7/8", non hex slotted centre nut and Amal style ball ended, is it correct for the last 16H contract?

Good call, Rob. I wonder if the seller could be persuaded to remove the top cap and photograph the friction mechanism ? If not, should we have a whip round ?

Here is a chromed alloy/Mazak? top.

"AMAL" on top, under side the correct part number 12-031 and BS Kitemark, MC LD would be the foundry.

So is this late war or post war, how long did they carry on with this style of choke lever? 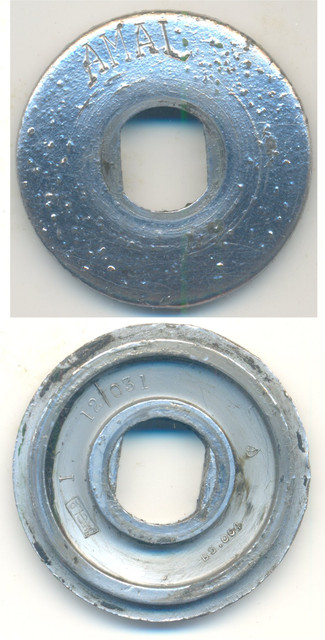