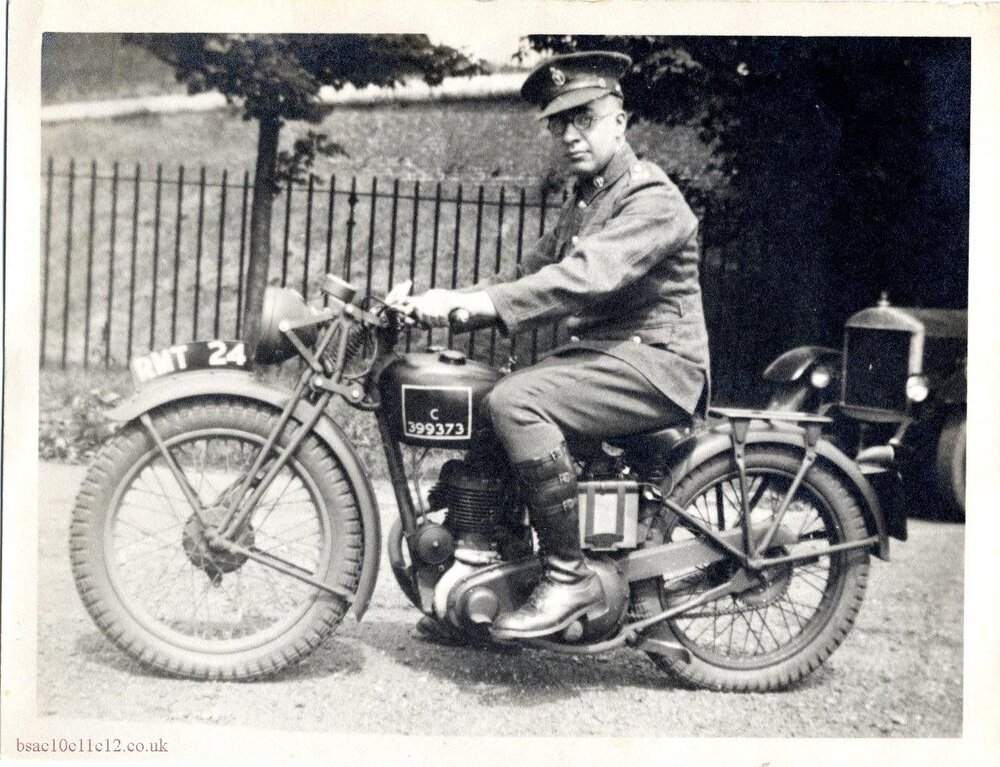 This is from the BSA Master Priced List 1927-1948 and fills in some the gaps in the finish numbers with a couple of interesting colours.
Whether any of these found their way into any wartime contracts is another thing. 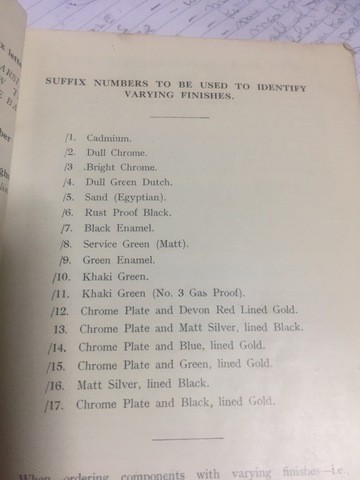 Khaki Green and Khaki Green (No.3 Gasproof) must both be at least as early as the 1940 spares list or they wouldn't be consecutive "/10""/11", so were they the same colour but with or without an anti gas chemical additive or different colours?

The Dutch Dull Green was clearly different so were M21s originally destined for the Netherlands but then diverted to the War Office repainted or kept in a non standard colour?

And Green enamal doesn't appear in the 1940 spares list so was it used on earlier machines such as KM20s or pre war twins, being enamal would it be heat proof?

Does anyone have any contract specific spares list prior to the ones mentioned here?

Looking through these two spares lists the only Black Enamal "/7"s I can see are front and rear number plates, I wonder if they were painted in Green enamal at some point?

And there is a "/8" in these spares lists
Rear brake rod bush grease nipple washer S91/8 which could just be missed alteration from a previous list?