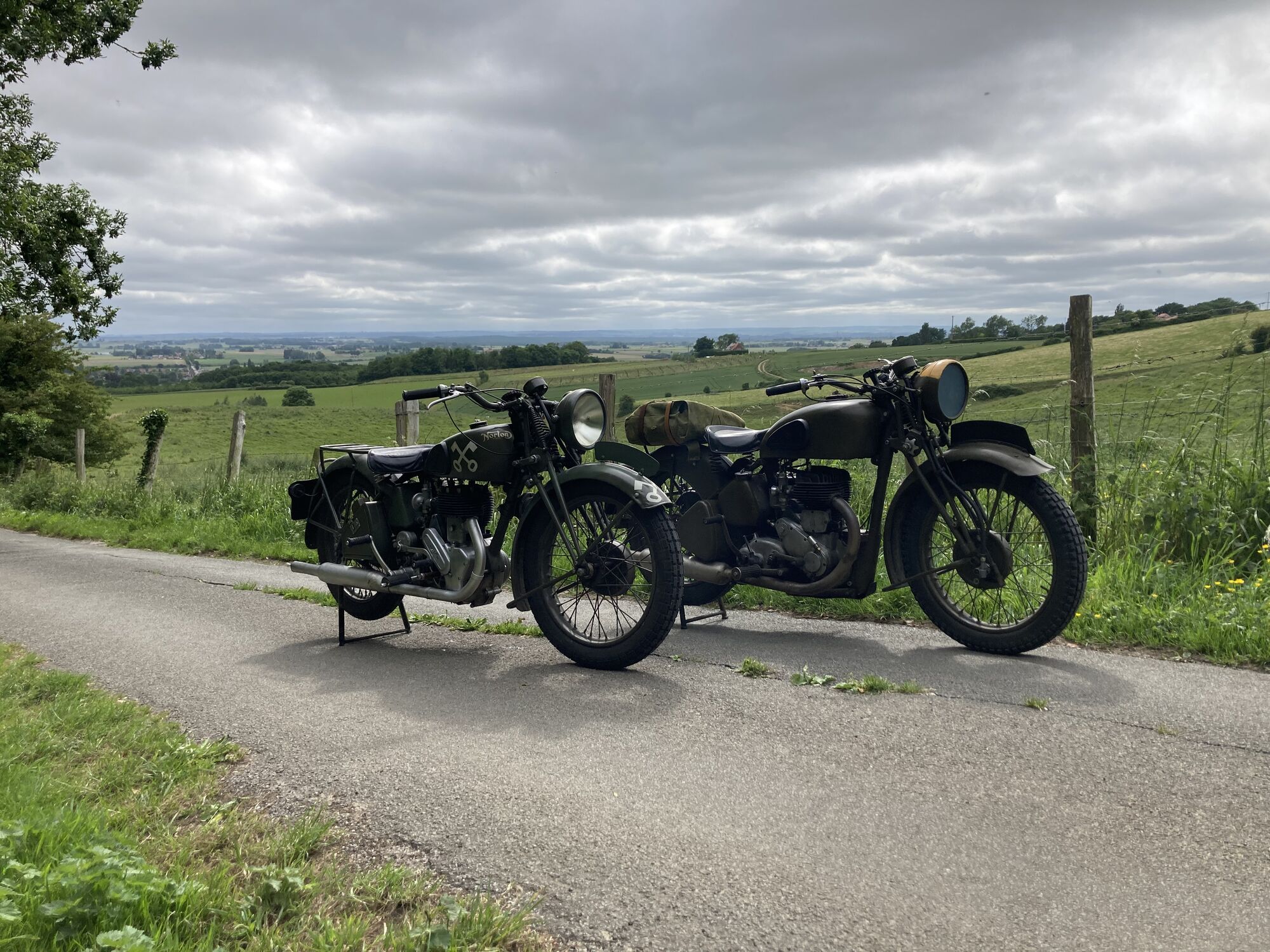 H.M.S. MORAY FIRTH was one of three aircraft engine repair ships that served in the Far East in 1944/45,if you google the ships name there are lots of photos including this one with an Ariel WNG. 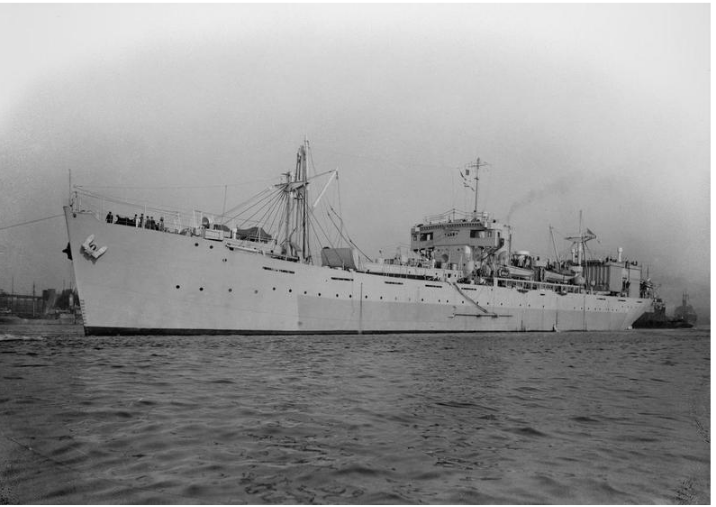 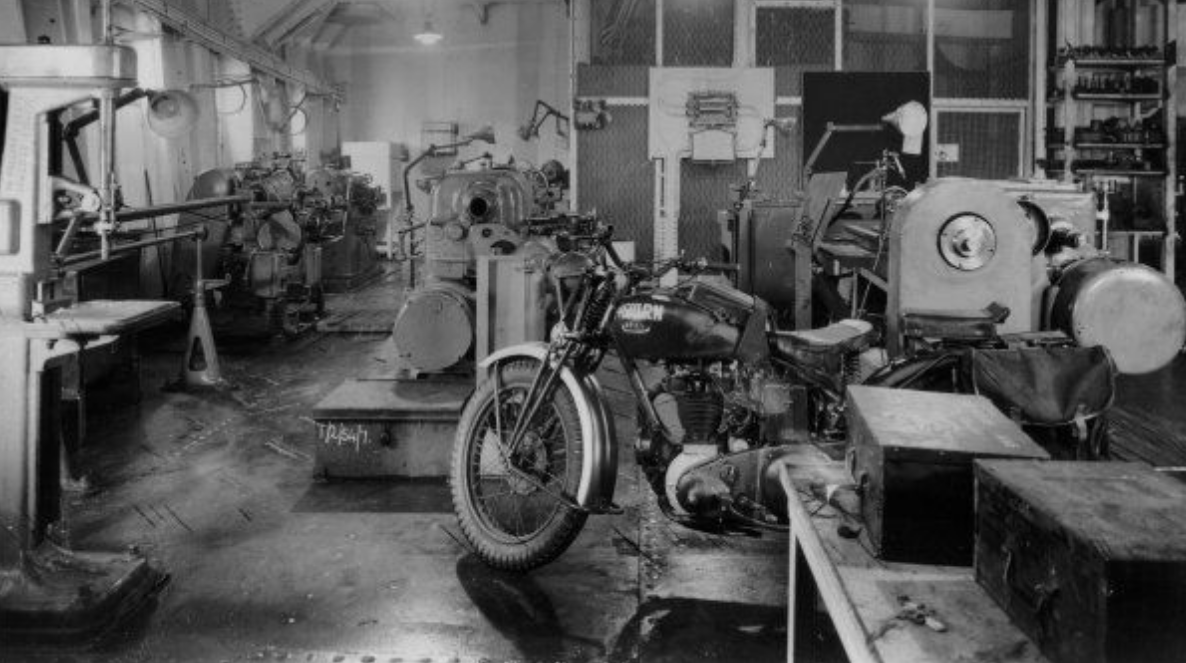 The Ariel is a really dark colour, with dark pannier bags. I wonder if it is a post-war re-paint...and what about the pannier colour ?

It's a RN bike so could be in Oxford blue...Ian

The RN and RAF vehicles were all supplied in the standard service colour from the outbreak of war. However there is a suggestion in O&M that some motorcycles might have been over painted in dockyard or battleship cammo grey. Ron

I remember all the vehicles coming and going from Devonport dockyard in the 60's and 70's...They were all blue, including the Dockyard Police Triumphs...I had some contact with a Naval reenactment group and they said the blue was also used during the war, at least for some 4 wheel vehicles...Motorcycles that were kept on board ship for use as runabouts in various ports were frequently painted grey I'm told....
As usual there's probably an example of everything to be found!!:yum: ...Ian

I'm not convinced that no WW2 motorcycle was blue.

I saw a speedo recently in original blue (RAF I think) with a plate on the reverse marked "1942" which seemed to point to some motorcycles being that colour, Nathan (remember him) had a NOS MT1130 that was blue? and I have a fag end tail lamp lens in blue which couldn't have existed before or after the war, even if this war for a truck or car it proves a point.

I believe that Ariel probably did supply some machines for the RAF and Admiralty in non standard Army colours.

Regrettably, we know almost nothing about Admiralty contracts. Even less than Air Ministry and that's about 10% of Sweet FA !


Can it really be the case that there is absolutely no surviving RN information ? I wouldn't know where to start looking.


Lex found Blue-Grey MT1130s at Beaulieu. 1939 though was not in the 'Service Colour' period for the 'Junior Service'.