i recently stripped-down head races as they were pretty seized up after long stowage; ill replace the balls later and possibly the races but just wanted to clean, de-rust and lube so the bike went round corners! In doing this I had to dismantle the forks a fair bit and remove front wheel. The service sheets are not great as do not label the parts on diagrams they refer to in the text. Anyway, it all came off OK and seemingly went back together ok. However, a few days later I have found 2 washers on the floor, both looking like they are from the bike. One large, thick, and heavy duty, other smaller but has specific shape and pressings in it. Does anyone know where they maybe from; I presume it must be forks/headset, but I did not see or hear them fall. 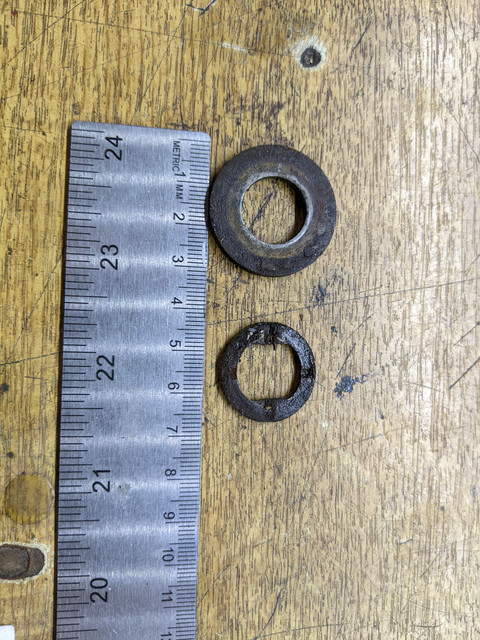 This sort of makes me a little worried that I’ve not put them together quite correctly. Also, I note that the forks are not moving as i would expect. They don’t seem to respond to pushing down on them, they seem rigid. That brings to me a couple of questions. Should all those linkage bolts be tight, or should they be tightened in some specific way? Could them being too tight stock the fork moving properly?

The small washer with the four dimples would be from the adjuster to dampen the forks. At least it's like that on my bike. It goes under the hand wheel. And yes, in my experience if you over-tighten the side plate nuts the whole stamping action of the forks will stop and you'll have a rigid front end. That at least is what I've found with bikes with some mileage on them. Brand new fork spindles may not behave the same way.

I'm not an expert, though!

I agree with allan on both those queries and the horn/dip switch (which is not a standard fitment) The through bolts and their lock nuts for the fork links should be adjusted to give free movement to the links. 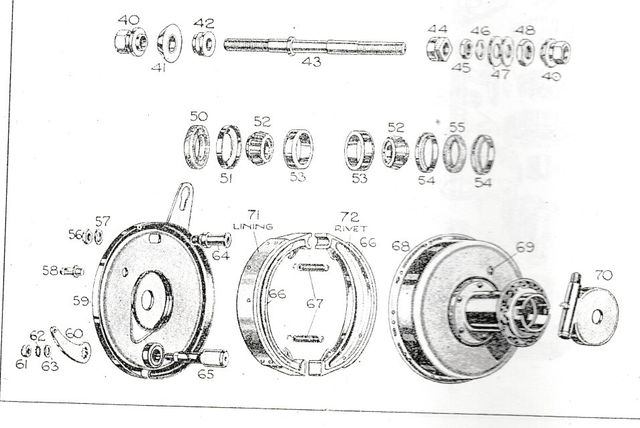 cheers for help. I'll slacken the bolts off a bit and fit that washer. That's a relief I don't have to take the whole front end off again.

It seems a bit odd that these long bolts need to "be a bit slack" to allow for freedom of movement. The bolt and not combo of the linkages don't have a great deal of excess thread. What would stop them coming undone with time or is it a very regular check item? They didn't look like lock nuts to me but maybe of a type I haven't seen before?

Do you know where there might be a good exploded diagram of these forks?

On the large washer it could well have come off the wheel when I removed it. Ill fit that asap.

It looks like also need to do a bit of wire tracing to see what is what. It seems there are similar 4 terminal switches on Ebay.

The long bolts screw into the right side fork links and are done up to give freedom of movement. Then the lock nuts hold them. Ron 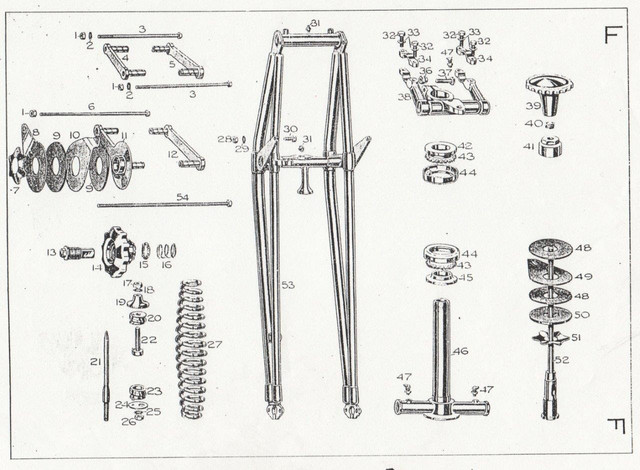 cheers for that, it makes it much clearer where all the bits go. Its interesting to note item 21. It looked to me like a broken shaft inside the spring but can see it is some kind of fork spring stop from parts list although not obvious how it works.

By the way that image you posted, is it from a larger collection of assembly details that might be knocking around on the internet? It looks pretty useful if it is; for those times when things just fall in a heap on the floor in disarray.

The pictures are scans from my illustrated parts list.

#21 is an emergency support in case the spring snaps. Hopefully it will avoid the forks totally collapsing and allow you to continue in "limp" mode. Ron

Although not quite as good as Ron's diagrams, Draganfly has exploded drawings that help in parts identification.
https://draganfly.co.uk/product-category/bsa/sparesparts-for-bsa-a710-b3133-c101112-m202133/forks-abcm/girder/