Just a small point but this machine has the pressed steel timing chain cover.

I have this pic in my 'library' with the caption:
'Ariel WNG - Dutch army in Indonesia'
don't know if that's correct..

Those blokes are too good looking to be Dutch:smile: Ron

And not tall enough...:slightly_smiling_face: Ian

Vincent is right, the photo is taken near Palembang, Sumatra, Dutch East Indies. Photographed are Eddy ten Hulzen and Wim van Os. These two guys grew up very near to eachother and knew eachother from early childhood. They met by coincidence on Sumatra, when Eddy was looking for a lift and Wim came along with his Ariel.

The Ariel was most likely part of the British or Indian forces which were deployed to the Dutch East Indies shortly after the surrender of Japan. The Dutch Army simply bought most of the motorised material from the British/Indian forces before these were shipped out of the Indies. It saved both countries the hassle of transporting the material back and forth.

The number on the tank is a Dutch Army number, it starts with an 'O', as was common with most Dutch Army motorcycles used in the Dutch East Indies.

It looks the Ariel was popular in the dutch forces . My father had one in the Royal Dutch Navy in 1944 in britain . He was a sailor on MTB,s . As disbanded in september 1944 he did some despatch work with his fellow mate .

See here for short instruction how to ad photos: 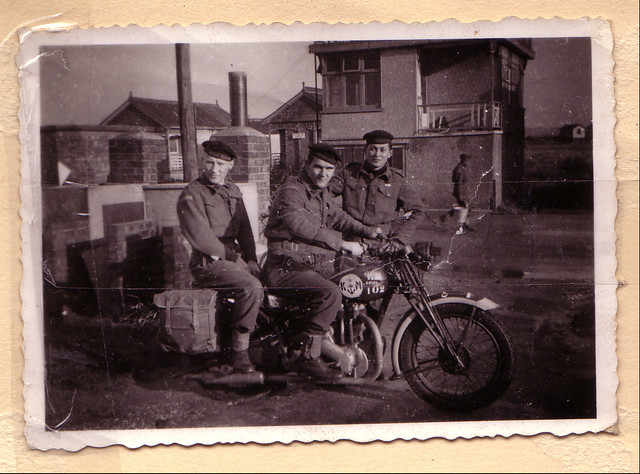 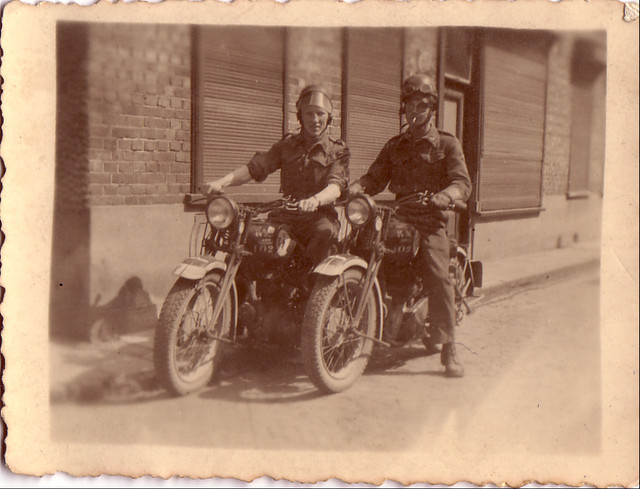 Here the very nice photos from the collection of Klaas.

Thank you for posting ! very nice.