Apart from the cover and a couple of inside pages with contract numbers, I think they issued the civilian manual ,the pictures inside are of civilian models OHV & SV,date is 7/39. 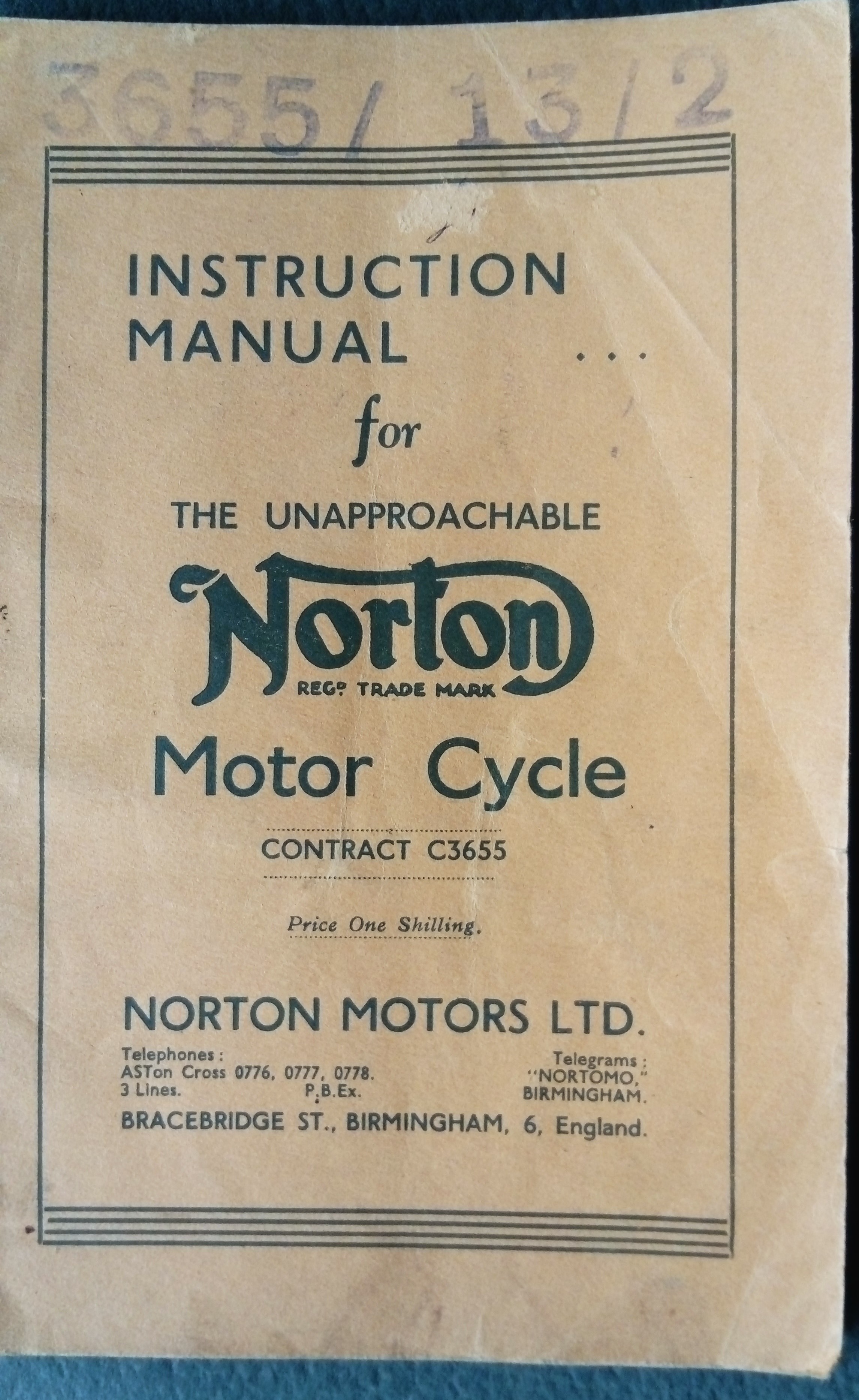 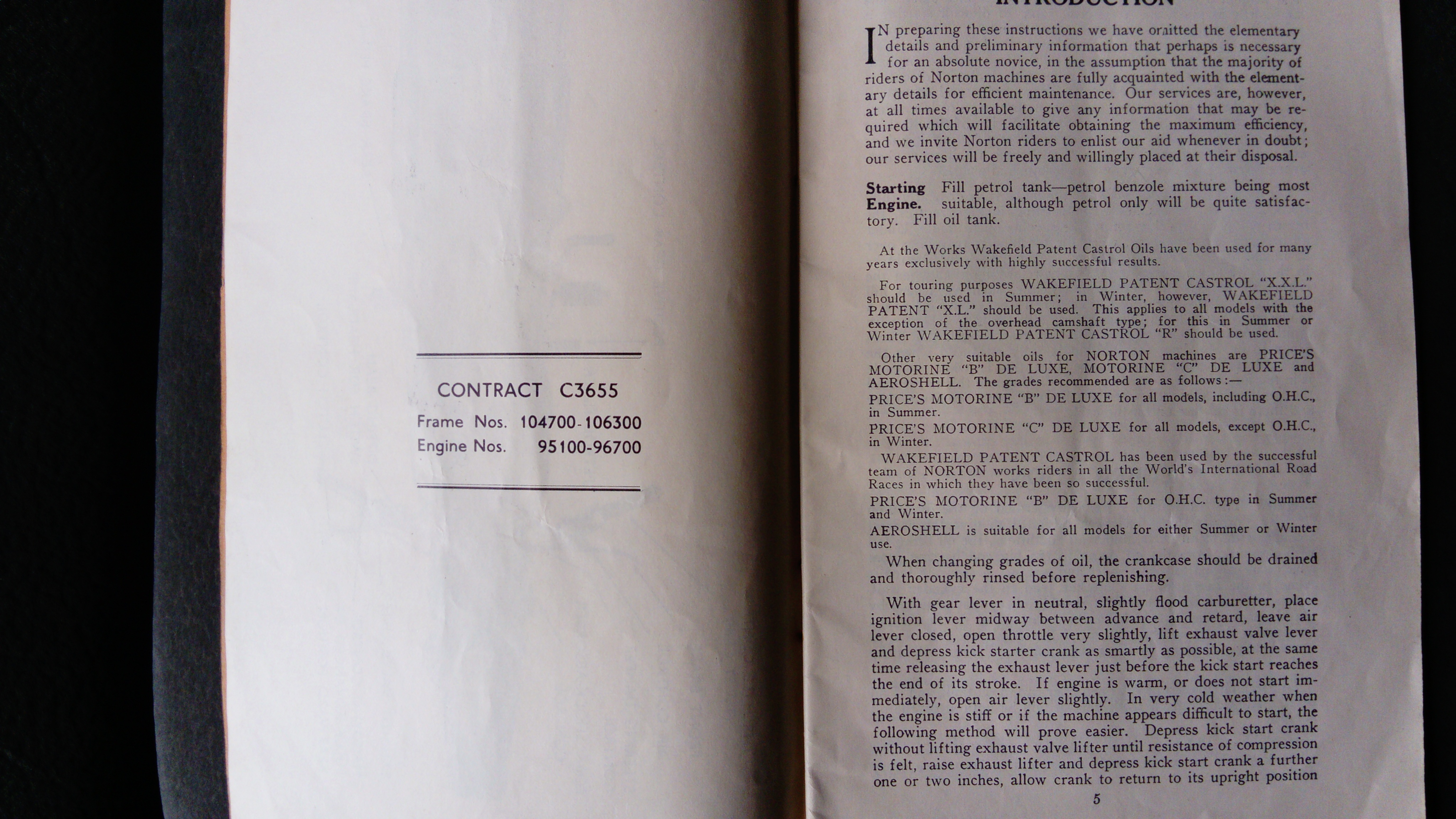 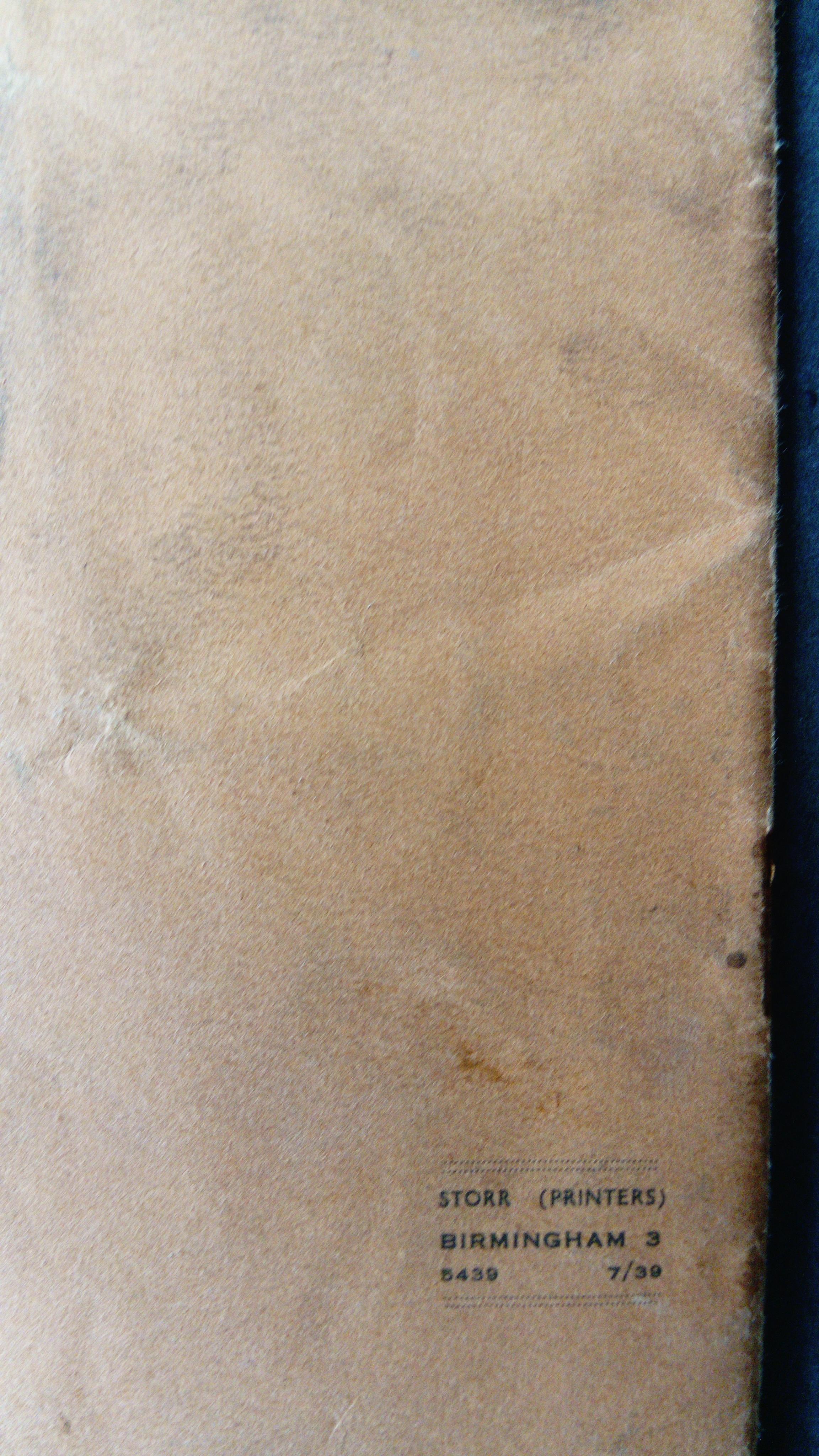 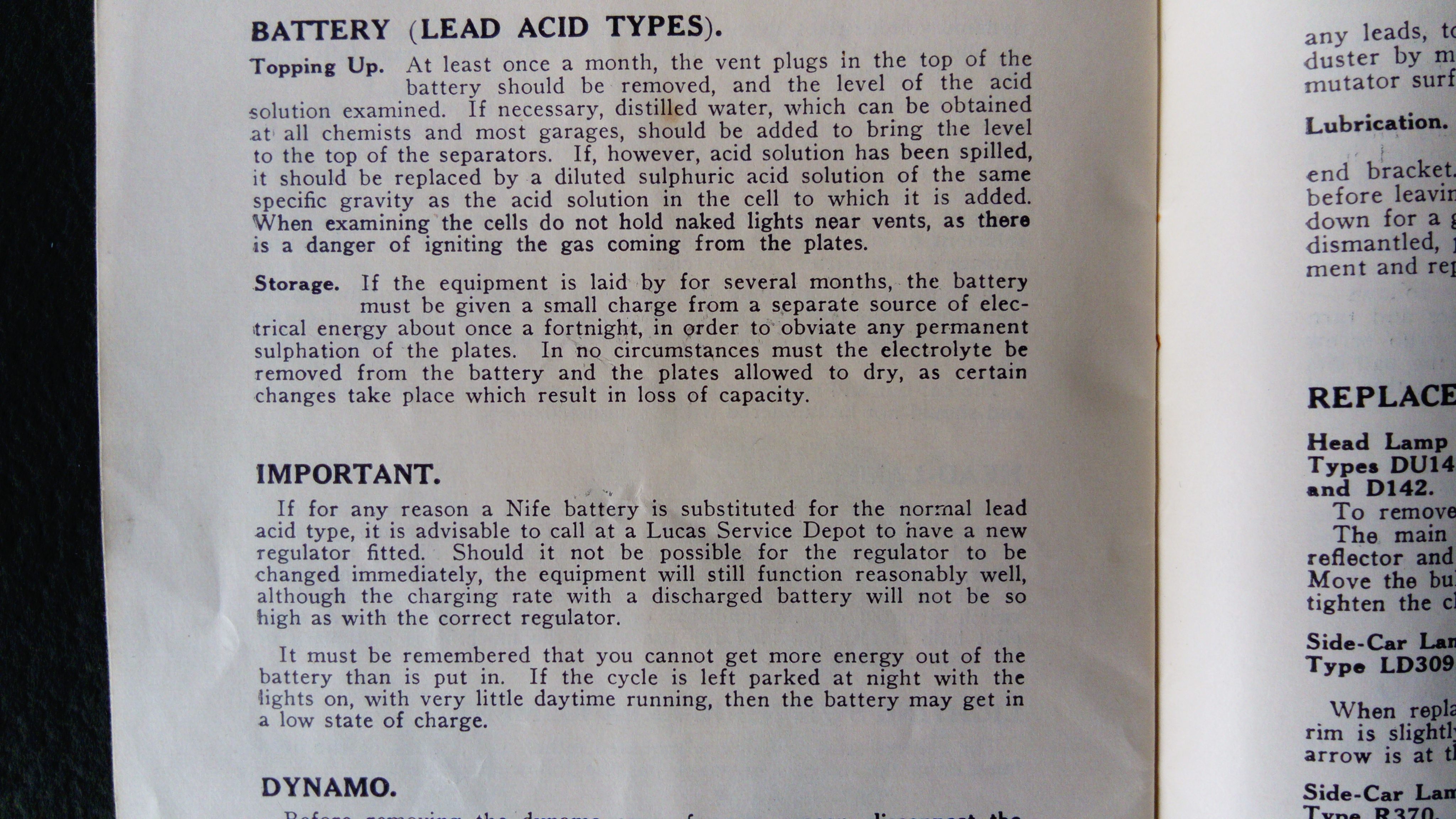 This is the Cat. Ref 13 C3655 pair with Parts List too...You're correct about it being a civilian manual. Even after Norton altered the covers to be printed with contract details in 1940, the contents remained a mid-1930s civilian booklet including OHV and OHC. 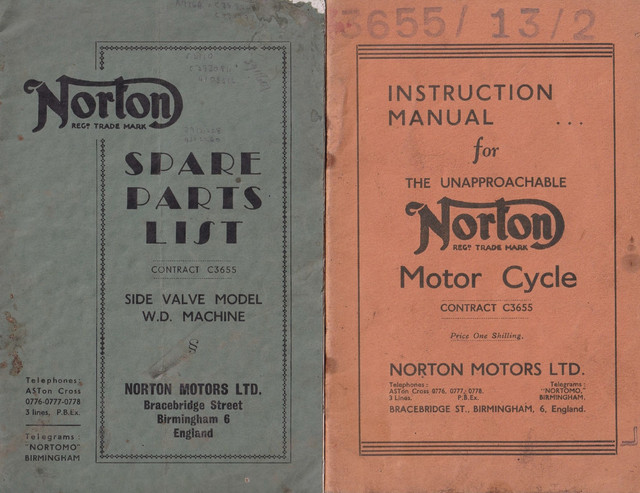 It wasn't much better for the SWD Big 4, although they did stamp 'SC' on the top corner....Despite it all, I feel an odd compulsion to acquire both parts lists and manuals...this is the latest. Contract Ref. 16 - V3565 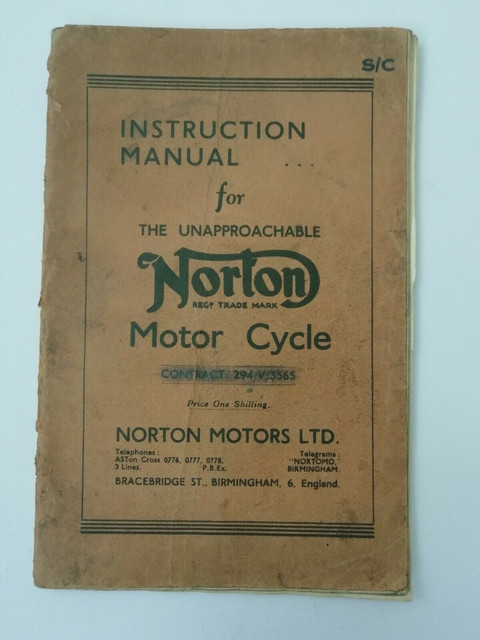 I have both for Cat.Ref 15 (C5109) as well. Cat Ref. 14 was for one experimental lightweight...Little chance of finding documentation for that !

An instruction book from contract C6127 is for sale at
spacottagecollectables.co.uk,it's a bit pricey though, they usually only sell for around £20.

Yes, Steve, that is a bit high, isn't it ? I have a C6127 - not as clean as that one, but good enough. I can be tempted to pay over the odds for Spare Parts Lists with VAOS and tools lists, but the Instruction Manual for most contracts is just a completionist thing...There is very little to learn from them.

All the manuals that we've referred to show the KLG S1 as the correct plug for the 16H, but the War Office demanded a KS5 fitment from 1936 and the S1 was last listed for Nortons in 1937...However, the terms of the War Office contracts demanded a set number of parts lists and instruction books, which Norton supplied. Apparently no-one in authority checked to see if they contained relevant information !