Hi group,
I hope that you mind me asking for this request? My neighbour is 100 on Friday 30th July, and I was wondering if anybody would be interested in sending him a card.Here's a little history of him.
His name is Harold Smith, he lived in Aston Birmingham, before moving to Keighley when he retired in 1984. Harold worked in enginering all his life, and the interestig part, mostly at BSA. He lost the tip of his thumb in a work place accident, but still was called up. He joined the newley formed RAF Regiment, he was on the AA guns and told me that they tried to shoot the V1's down. He went to France and Germany, when in Germany near the end of the war, when Belsen was libarated, he said that units were bused to see the site. He has photo's, that he is very protective off. After being in Germany, he was stationed in Norway, where he met his future wife Kay, sadly she passed away around 30 years ago.I am sure there is more to say, but I think that I am going on a bit. Ron said that he would post a couple of photos for me. If anybody is interested, his address is 35 Valley View Close, Bogthorn, KEIGHLEY, West Yorkshire, BD22 7LZ.
Thanks all for your interest.
Dave 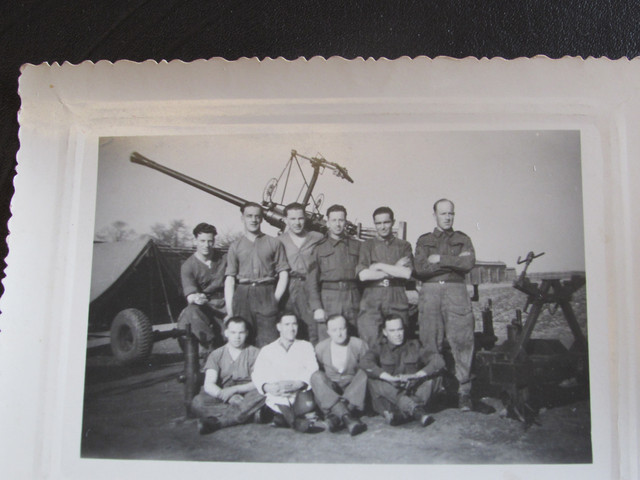 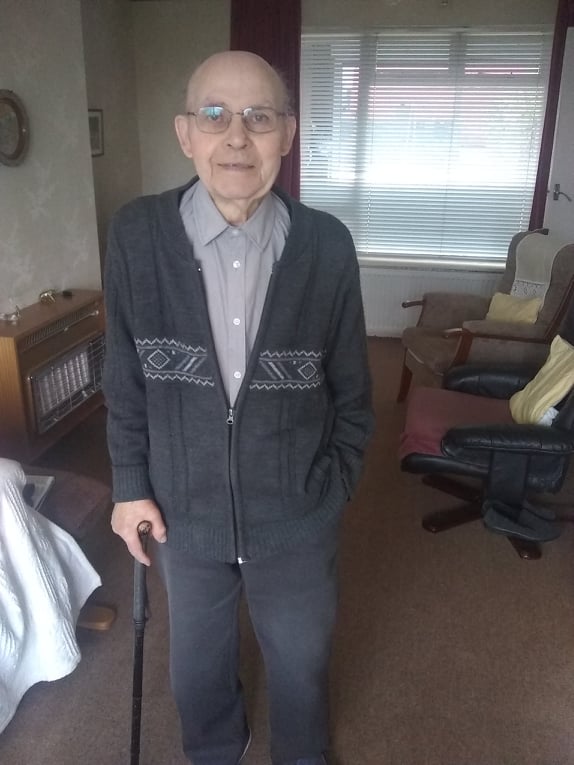 Thanks for posting the pictures for me. Great.

Will do, when it's time.
Dave

Lets hope that he does aswell, love my little chats with him.

All the best,
Dave