I’m in process of stripping and rebuilding a 1937 350 Twinport AJS. During the war years this bike was owned/ridden by a succession of Polish servicemen with the bike being painted khaki at sometime during this period. Is it likely the bike was just painted in the site workshops during that time or could the bike actually have been used as official transport?

Lots of AJ's were impressed in 1940.( I have the parts list with frame and engine numbers for 5 models. Single and twin ports) It's stated that most if not all were supplied in standard civilian specification. Original pictures confirm that some where obviously painted in workshops though. Ron 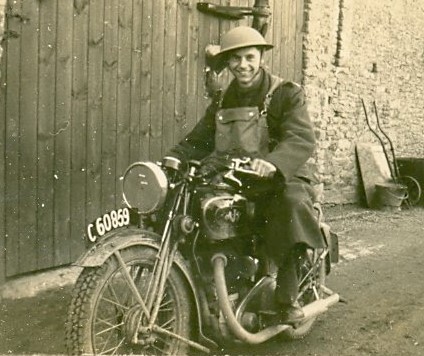 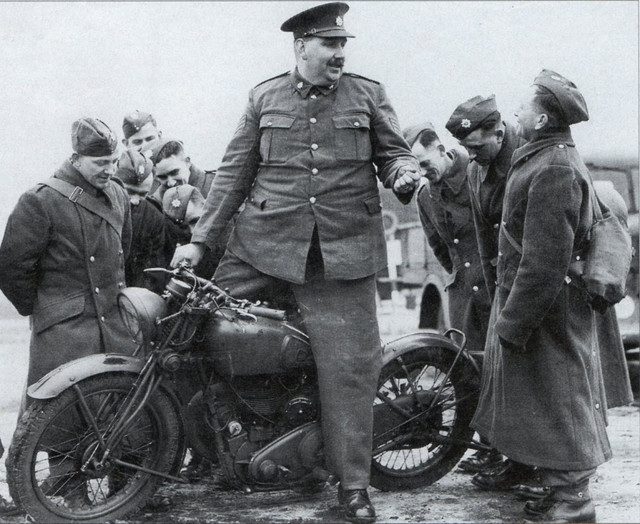 Thanks for this, I’ll dig out registration book tomorrow and check the early history for the bike. The khaki paint does make me wonder what happened at a later stage in its life although there are the name# of a few members of the free Polish forces in the log book.

That is one BIG sergeant!

How do I post a photo on here Ron? I can't see anyway to attach them! I have one of a Model 26 to show.
Mike. 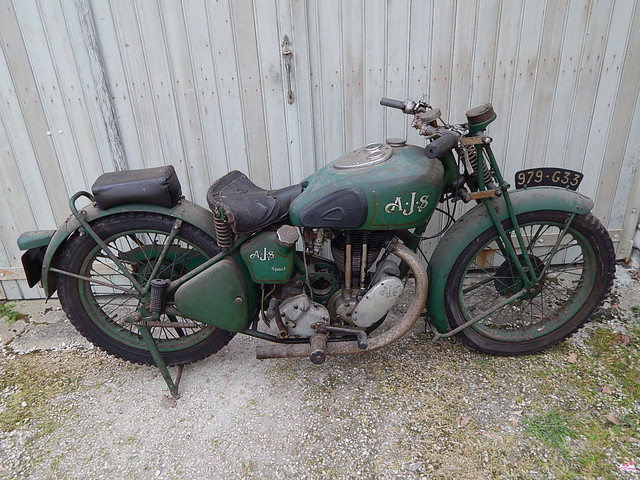 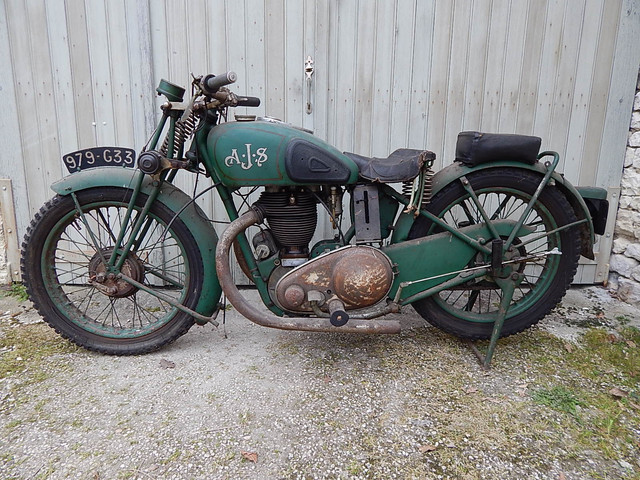 Is that a BEF bike, Mike ? Any WD stampings on the engine?

There certainly were 'impressed' Ajays with the BEF. 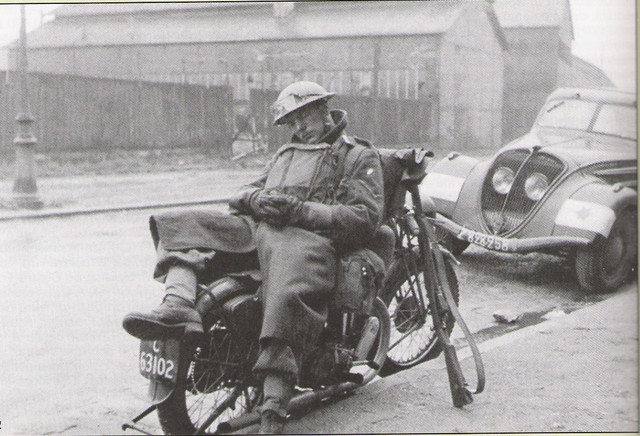 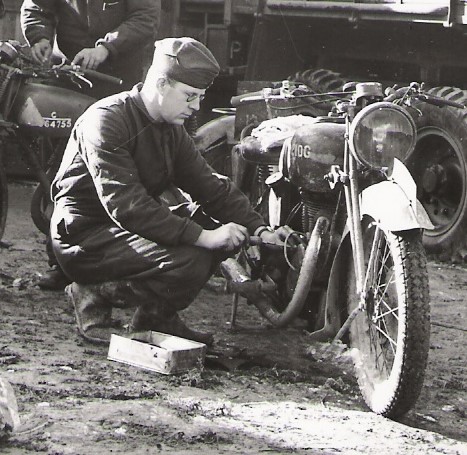 I have not seen any signs of WD stampings but the frame and engine number fall within those listed in the 1940 parts book as being impressed bikes. Again I would prefer the advice of others more in the Know than me but I would think almost certainly it would have been a BEF bike. It has been in the Bordeaux area for a very long time and was stored in a garage there unused since the 1950's. The reg number is one from the region but relates to an earlier AJS which was registered to an address a few km south of Le Verdon sur mer in the Medoc peninsula where I believe there were evacutions from in 1940. Could be a pure fluke but my instinct tells me that it was probably ridden there and left behind after which it was recycled by some native citizen who just happened to have another AJS or the log book for one!!!
The good thing is that it is a lot more complete than my M20 and I hope to have it up and running again quite soon in as is condition but with some silencers and a headlamp.