Taken in 1946?,has a few clues such as cropped of fuel tank,tappet cover,pillion seat,bolt on side car lug,saddle pillar bolts/springs,to make it an ex WD model,also have another photo with its pannier bags fitted. 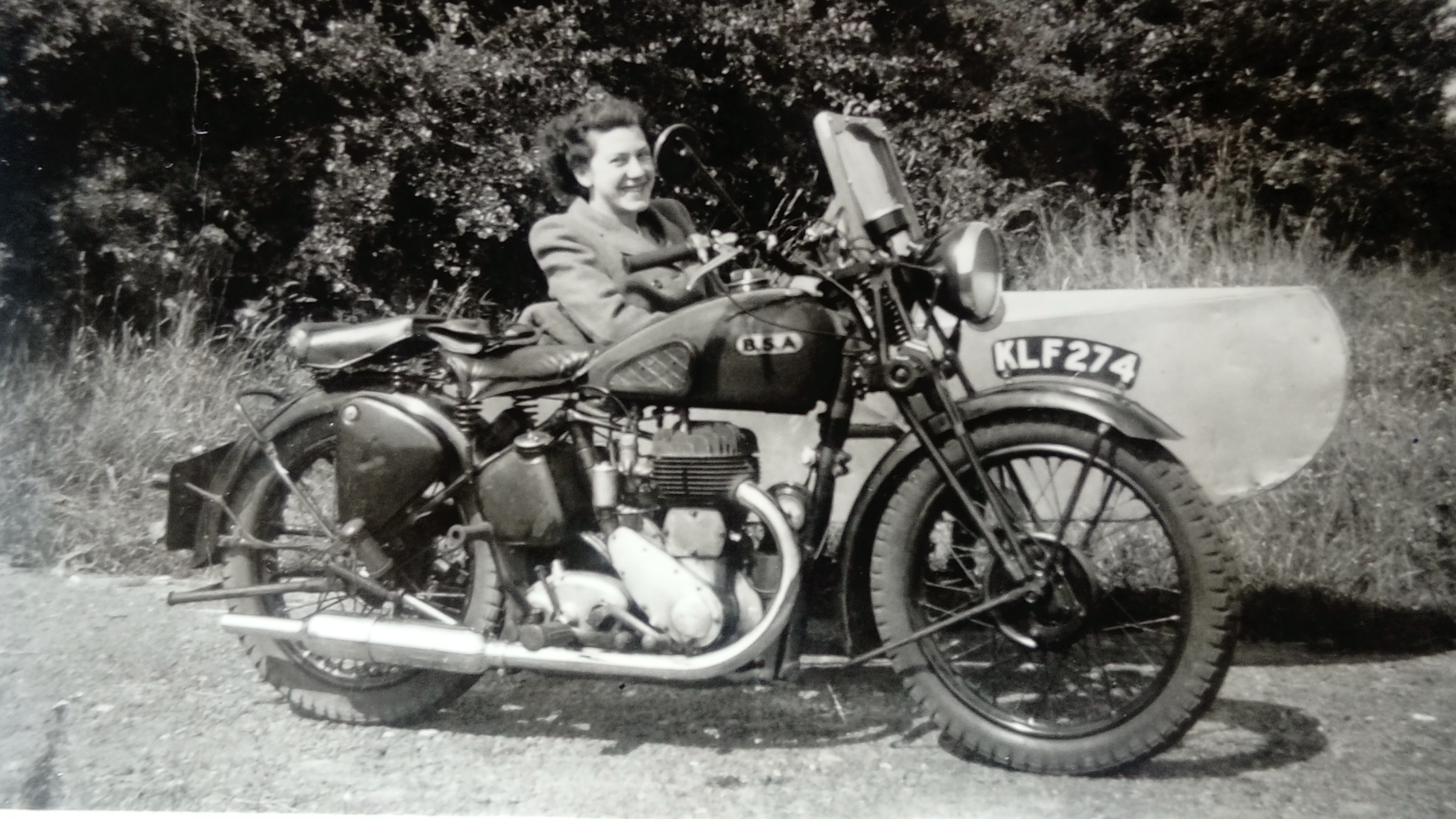 Here it is just after a full restoration...This was the last year that the M20/21 models were actually to WD spec. but with a different finish...WD parts were phased out as they ran out, for example, later models in this year had civilian riders footrests and the center mounted speedo bracket was fitted...However, there was little chrome and black wheel rims were used...Other features are the WD handlebars and toolbox..A departure from the usual WD spec.was the sidecar lugged frame..Effectively the pre war and WD sidecar frame, as later rigid models had lugs on both sides at the rear and this only had one...Also, the MU42 headlamp as discussed in another thread...Ian 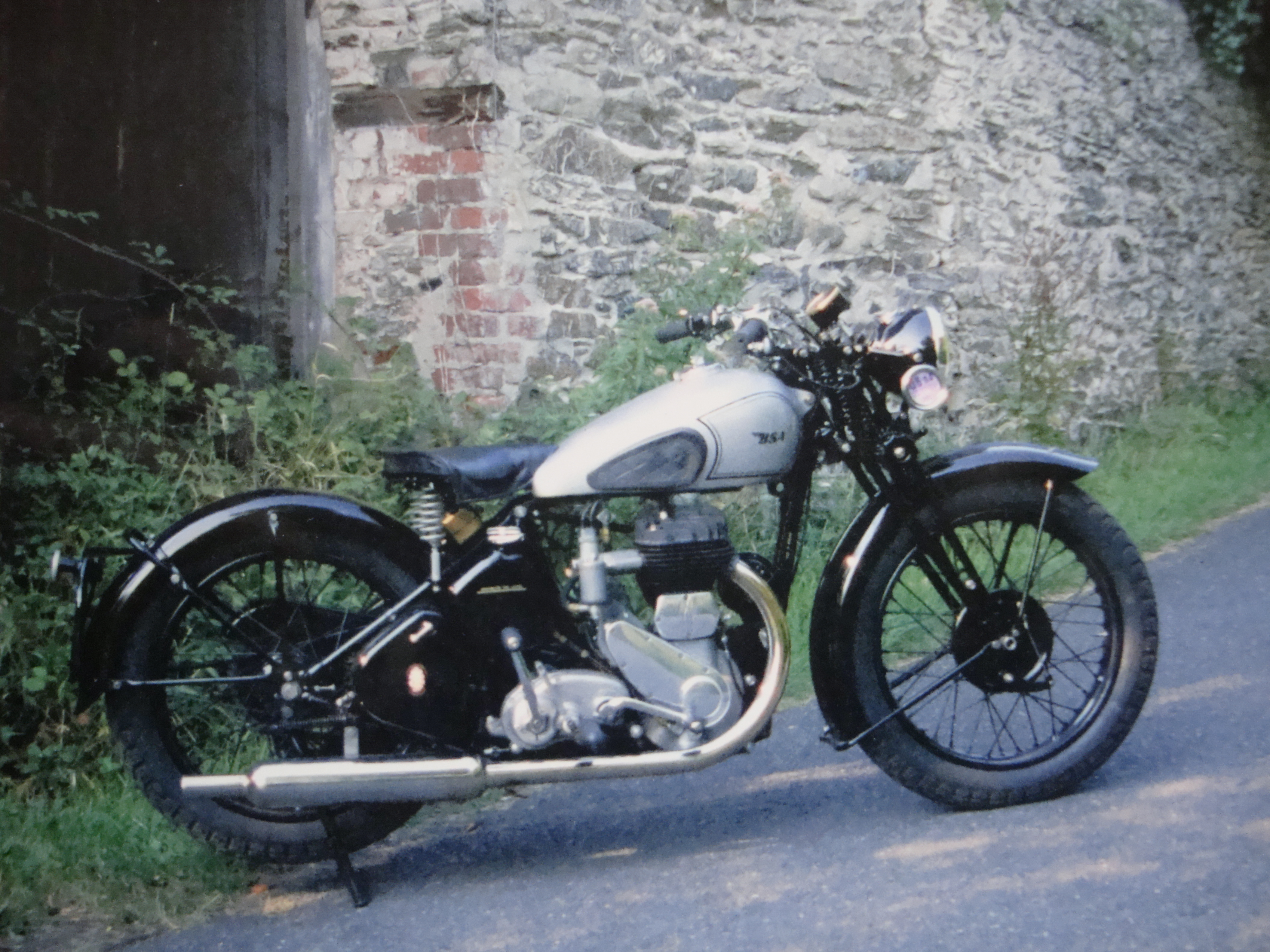