Hi again. I have 1943 WM20. My father bought that bike in 1972 after he has found it in city Lublin.
So that I know than that bike is very long time in Poland. On rear mudguard is plate, maybe this is a key how that bike went to Poland. Probably lend lease or soldiers returned to Poland after war.
Plate is: CHASSIS CONTRACT NO. 23/S 1048
CATALOGUE REF. NO. 34

Somebody knows what it is? Thank you for answers.

Hi,
That's a so called "contract plate". It shows that (at least the removable part of the rear mudguard of) your motorcycle was made under contract S1048.
Jan

Ok. Thank you very much. How find information about that what happend with this bike from this contract number? Where went after production? Number of military unit or something? If it is possible at all.

They would have been sent to the Ordnance depot at Chilwell but from there onwards, no records survive of where it was used or sent.

Based upon your frame number, it is straightforward to calculate the serial number that it carried. Construction during the second part of 1943 would have meant that it was finished in SCC NO.2 Brown and would certainly have been from a suitable period to have been used in NW Europe from June 1944 onwards.

Does it have any other markings or brass plates or engine number stampings that may indicate workshop repairs ? Working out how it ended up in Poland would involve a knowledge of how the Iron Curtain came into place....It seems clear though that initially, some British vehicles did end up there.

So I guess my father bike falls into this contract, I guess from the little I know I expect the picture was taken in Italy.

We were suppling vehicles to Russia, when did this stop? Could some of the contract have been sent there? 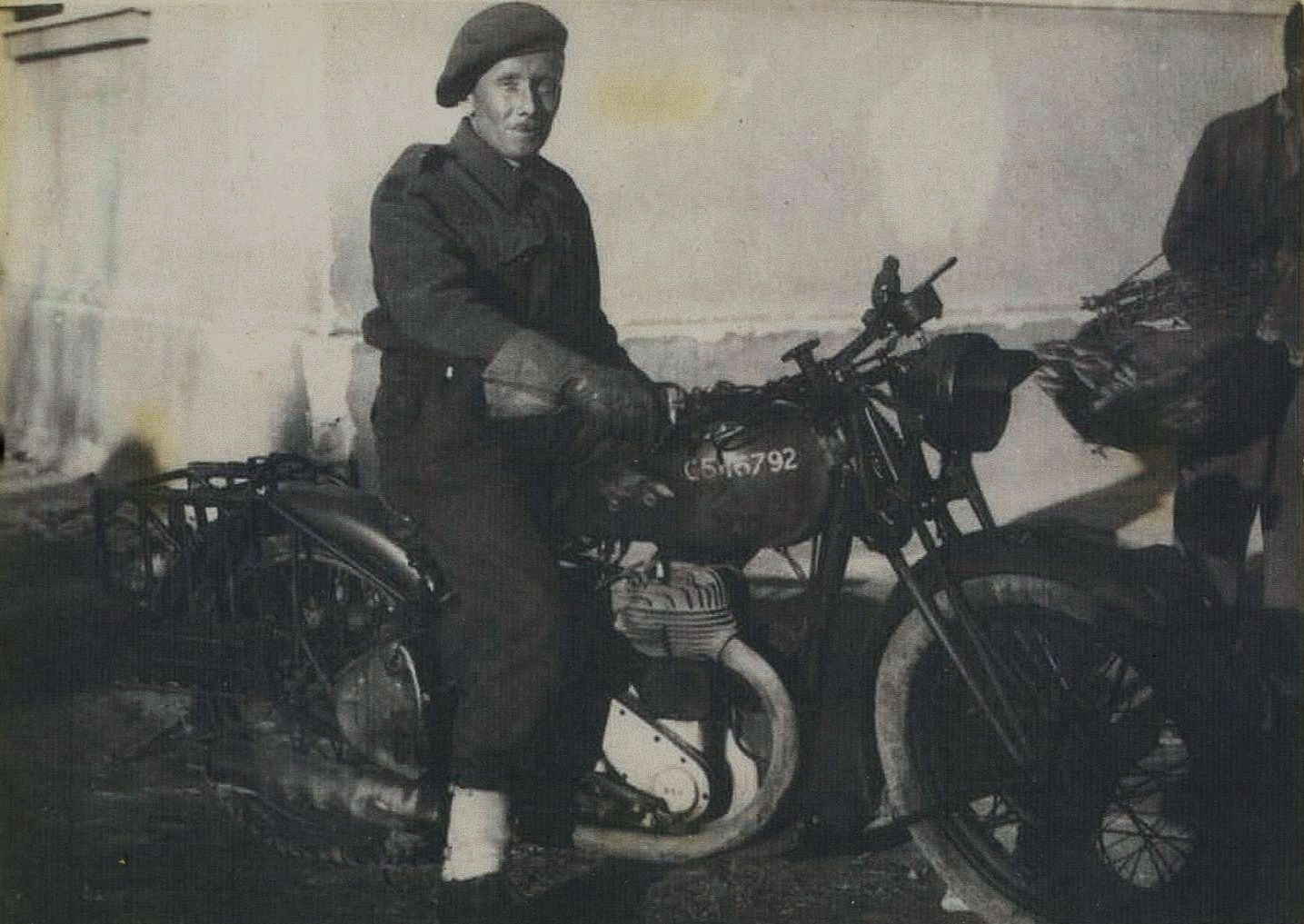 Two ways. Some bikes came into Poland with polish soldiers returned from west to Poland. But I think not so many. That peoples were 'enemies' for new occupants and the most of them died in prisons after they returned to country, so next who wanted to return didn't do that.
Next way is lend lease. Incedible quantity of equipment and vehicles came into Murmansk city. There were some BSA and Enfield bikes.

A total of 1706 motorcycles were sent to Russia as lend lease in April/May 1944,most were BSA M20s (around about 900?)the rest were Velocette and Matchless models,photo below is of one of the Russia M20s taken in Moscow,has yours still got the knee rubbers the same as this photo. 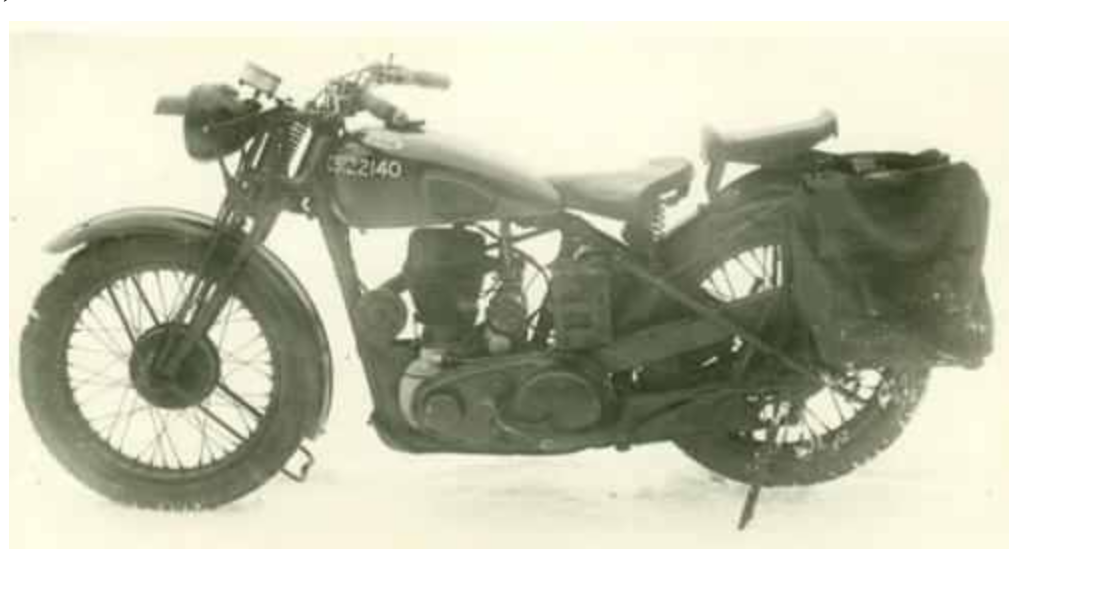 The most known lend lease bike in Poland is WLA. 1700 bikes from England? Or all? I think we have now few hundreds lend lease Harleys in Poland. I havn't original knee rubbers. I remember one, but it was lost when I was young. It was smaller and thicker than standard rubber. I don't remember BSA logo on it.