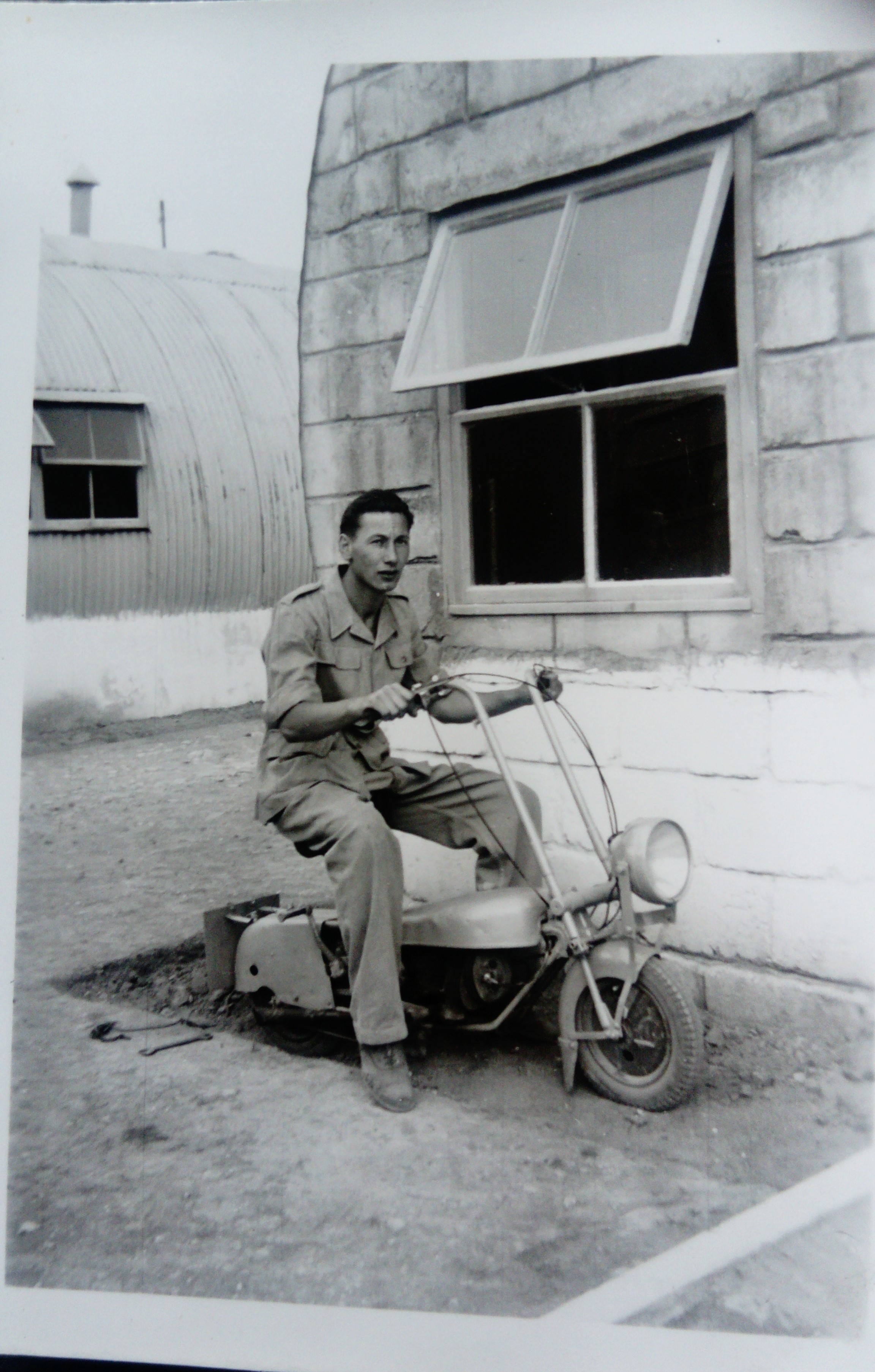 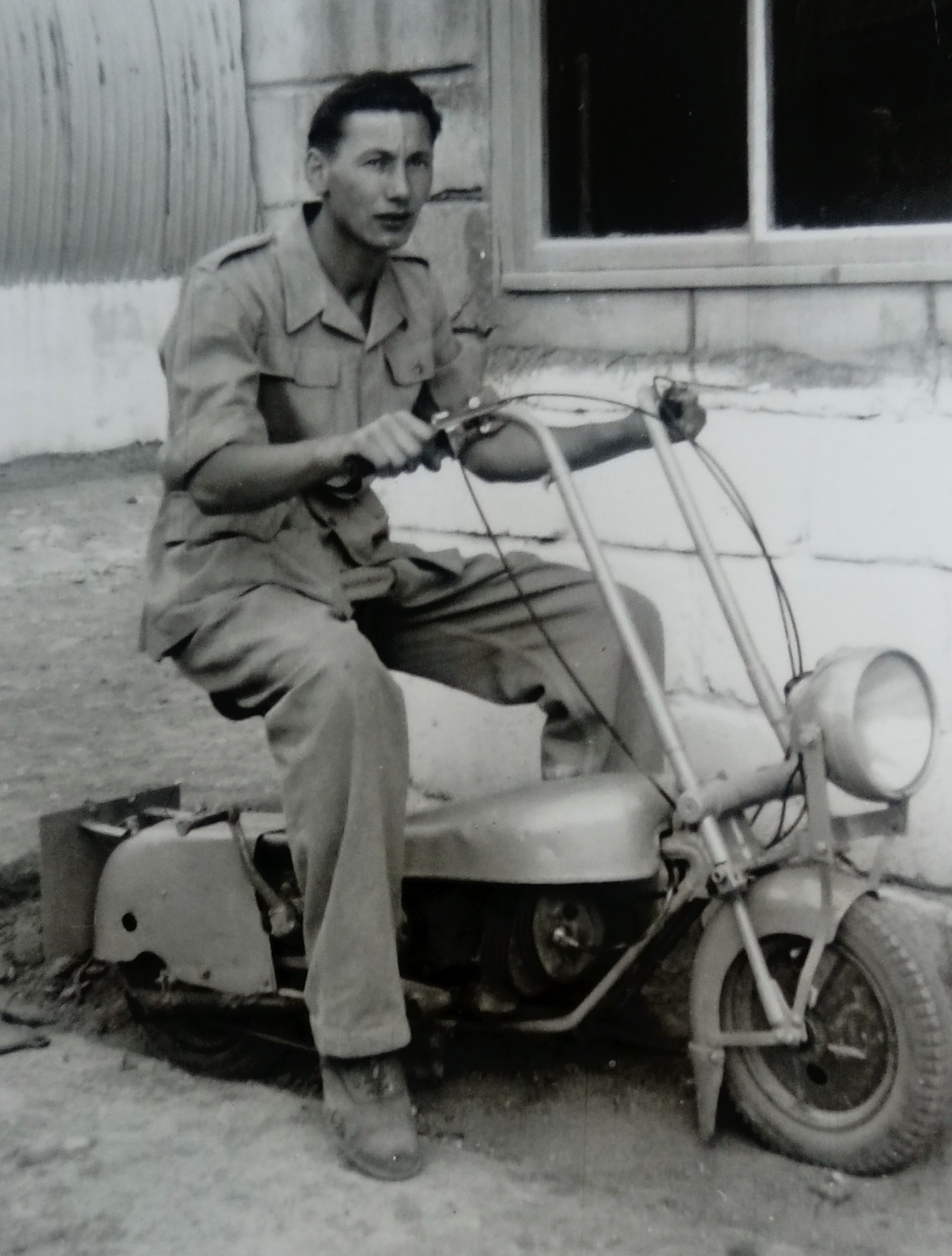 Nice one Steve! But don't think Corgi's were ever officially used in the Army.

Peter Miller, author of From Welbike to Corgi writes: "......at least one batch of early Corgis was purchased by the British forces, under Contract No. 6/Veh./6503, and it is understood that these were used as runabouts on Royal Navy aircraft carriers and at naval dockyards". Some of the machines were used by "The Royal Marines and The Royal Signals to provide a comic element to the stunts performed by motor cycle display teams.
He also mentions that "The American forces are understood to have purchased 400 machines from Jack Olding for use in Honolulu, but for what purpose is not known."

It looks like it has a Lucas DU42 head lamp fitted.

I've found a photo of a matelot on a Corgi. The even rarer sidecar version too... 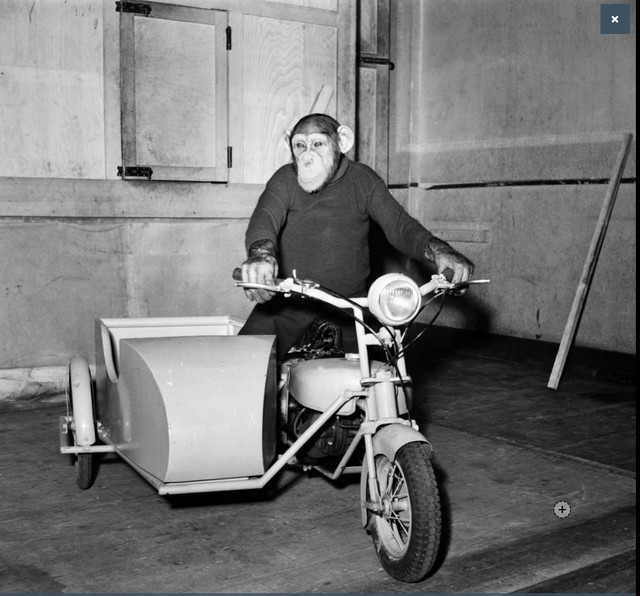 Just need to drop the seat and rake out the forks and voila - the first chopper.