Its an BSA M20, is that a sidecar fitting on the front down tube?

Thanks Rob for your reply.
That pics is before disassembly prio restoration
More parts to id
Thanks in advance

Hi Ron, how are you?
The frame number is missing...
How about Tank, Mudguards and other parts? Are BSA?
Regards

Looks like a very early rear frame.
The advance-cable on the ignition seems on the "wrong" side, but will work.

And with sidecar lugs. Ron

Good luck with your project!

Is that so, Bastiaan ?
This side car lug is on the inside of the front frame.
If i'm not mistaking, after the war they were on the outside of the frame.
I'm not sure, though.

I'm not aware that they changed the position of the front sidecar lug. But the wartime frames only had one rear lug on the left side. Post-war had a lug on both sides. As far as I remember wartime frames with sidecar lugs were for the RAF only. Ron

The 'inside' 'outside' positioning of the sidecar lug may be a difference between girder and tele fork frames..

I've always thought the twin sidecar lugs on the rear frame to be an odd thing as the two lugs on the front frame have the tapers for the fittings machined to suit 'British' fitment, with a left hand sidecar....Were they machined the opposite way for export models?....Ian

I didn't know that they were tapered Ian. I assumed they could be used for LHD or RHD? Ron

They are tapered, I've had many of them....You can see it in some of these photos or it is clearly visible on BSA sidecar chassis fitting illustrations in the manuals...Ian

Strange! Norton and Matchless have parallel holes in their lugs. Maybe BSA wasted the lugs in the middle for universal use? Ron

No, they are just tapered..Ian

Well I don't get that? I thought the point of a rear lug on both sides was to accommodate a sidecar on either side. Tapered lugs on the front frame would negate that idea? Ron

Any chance of you sending me that picture of the side car frame description?

I am not able to download it from the forum.

Ron, The only solution I could think of would be a fitting with a parallel thread and a tapered 'bung' for the frame with a hole through it to match the fitting...It wouldn't be quite as strong though....and there is the small matter that I've never seen a picture of that in a manual/parts list....

As I noted, this is something that I've pondered on previously....Ian

I think you will find there are several options to fitting a sidecar on the "wrong" side of a taper, how about this one for example?

Indeed the side car lug changed to the outside of the frame after the war, but only when the plunger frame was introduced (as Ian suggested).

BSA made some M20 frames with the side car lug on the inside right after the war, but these frames are different from the pre/early war ones.
The difference can be seen at the shape of the lug for fitment of the saddle to the front frame. The top frame in the photo below is a frame from 1940 with side car lug, the frame below is a later frame with a slightly different shape of lug. This change of shape took place around 1941/1942 and can also be seen at post war frames.

The frame of Luis clearly has the later shape of saddle frame lug. This saddle lug in combination with the side car lug indicates it is a post war frame. Most likely it had a frame number similar to the engine and starting with "ZM".

Below also a plunger frame with the side car lug to the outside. 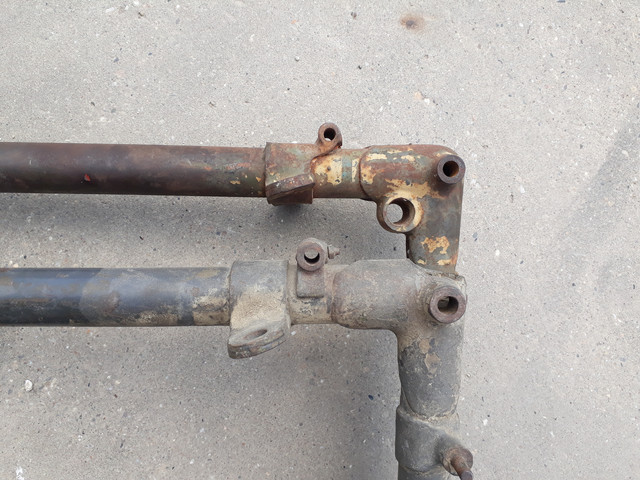 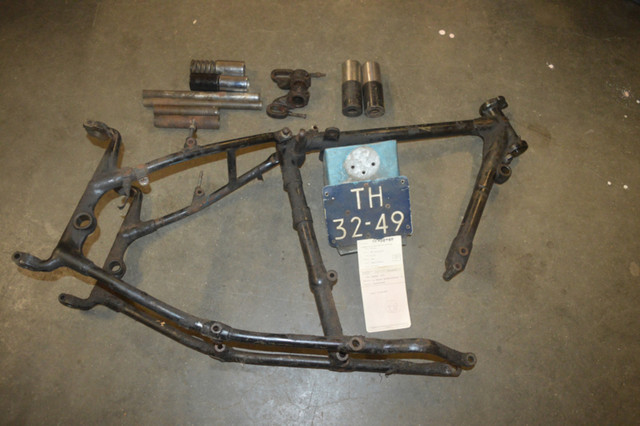 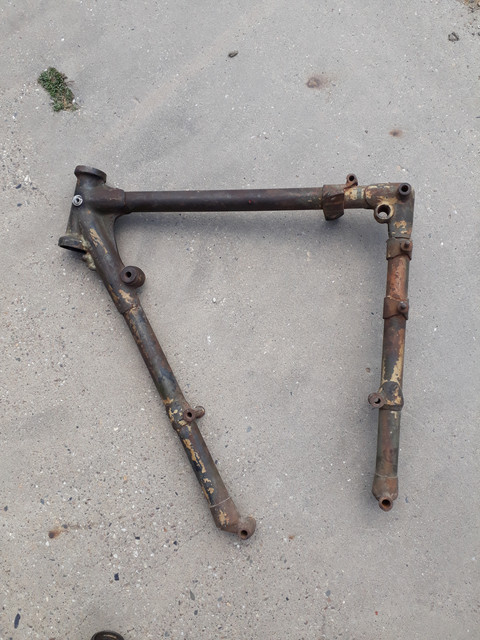