I am in the process of restoring a Dutch Army BSA WM21 from 1940 and I have noticed that there is little information about these M21’s. I intent to change this and will share some photos and information I have found so far. I would be very interested if someone has any information about Dutch Army WM21’s. I am particularly interested in a copy of the British export license which was issued somewhere between December 1938 and February 1939 allowing the BSA factory to deliver these M21’s to the Dutch Army (the original document is probably in the Archives in Kew).

This project started in 2016, I found a part of an WM21 engine in a Dutch motorcycle scrapyard in that year. I have collected all the right bits and pieces in the last 4 years and now it’s for 99% complete. I have assembled the WM21 in my workshop with the purpose to check if all parts fit. Below are a few photos of my nearly complete WM21. I will try to send updates on this restoration regularly if this is appreciated. 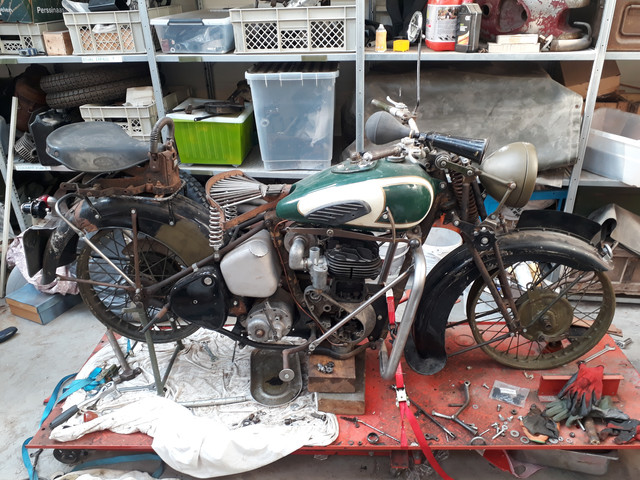 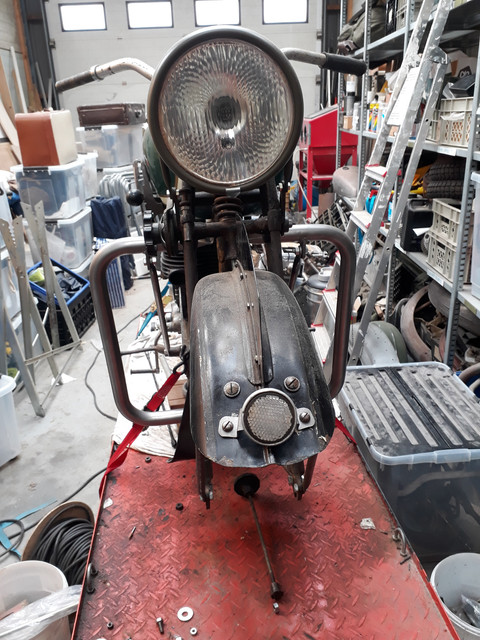 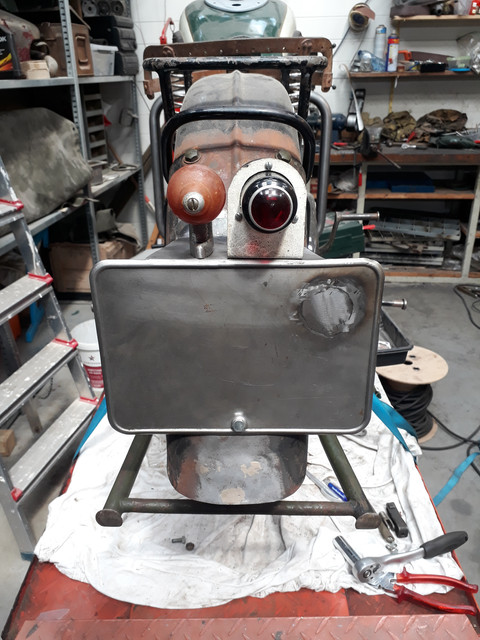 Hi Bastiaan
Yes, please do update us. I for one will be very interested to find out more. I know very little about Dutch M21s, keen to learn more.
Cheers, Mark

Interesting project Bastiaan! I'm sure it is in good hands!

A daunting task Bastiaan to have collected all those obscure parts. I'll also follow your restoration with interest. Ron

Thank for the motivation, Bastiaan. I'm rebuilding an 1940 WM21, which started as a frame front end last year. It was part of a batch of 211 that were ordered by the Dutch army, but ended up going to the War Department. You're a long way ahead of me and have done a great job. I'll let you know if I find any history specific to these M21s.

Nice bikes, though I'm not a fan of hand gear change myself..Saying that, at least the Dutch Army had the sense to fit an air filter from the outset....I look forward to seeing the project as it progresses...Ian

I will look forward to seeing the progress of this machine - just a little bit different from the norm and a fine effort to fill a gap in the historic ranks of BSA military machines unless there is another out there of which I am not aware.

This one featured on the forum a while back...Ian

That guy also has a ex KL G14 with a reconstructed side car. We were going to attend the annual Museum weekend show at Genie museum this year, but Covid-19 stopped all play.

Thank you all for the positive reactions!

@Craig: Very interesting to see that someone else is also building an BSA WM21. You have one of the ‘Dutch pattern’ M21’s as it is described on the keycard of your contract. The Dutch Army kept ordering M21’s up to 4th of Mai 1940, but these were of course never delivered as the Germans invaded the Netherlands on the 10th and on the 15th the Dutch capitulation was a fact.

The Dutch Army WM21’s had indeed a lot of obscure parts, but I managed to find almost all of them or made them myself. I was very lucky to find a lot of original documents in the Dutch National Archive about the WM21’s. Documents describing individual parts, modifications and even a complete list of the parts which should be fitted to a WM21 (including f.e. the air cleaner and crash bars). I was able to make a list of parts to look for based on the information I found in the original documents.

The Dutch Army WM21’s were indeed fitted with an air cleaner. The air cleaner was difficult to find. I started to make an air cleaner myself. I bought a lot of different air cleaner’s on various jumble’s and used 2 of them to make a correct air cleaner. I finally found an original one just a few months after making my own. The air cleaners were made by Burgess and possibly Coopers, the strange thing is that the air cleaner has its own BSA partnumber. I was not expecting this, because I thought BSA only gave part numbers to parts actually fabricated by themselves.

The air cleaner elbow is one of the most difficult to find parts of this type of M21, a lot of people don’t know this part or send me photo’s of the more common elbow which was attached to the post war pancake type Vokes air filter. The elbow itself is not a very good design, the full wait of the air cleaner and the elbow is resting on just a small portion of the carb. It will only stay in the right angle for a short time, I still have to find a solution on how to fit it properly. Please let me know, if someone has any good ideas. Below a few photo’s of the fabrication process of the air cleaner and the original air cleaner. 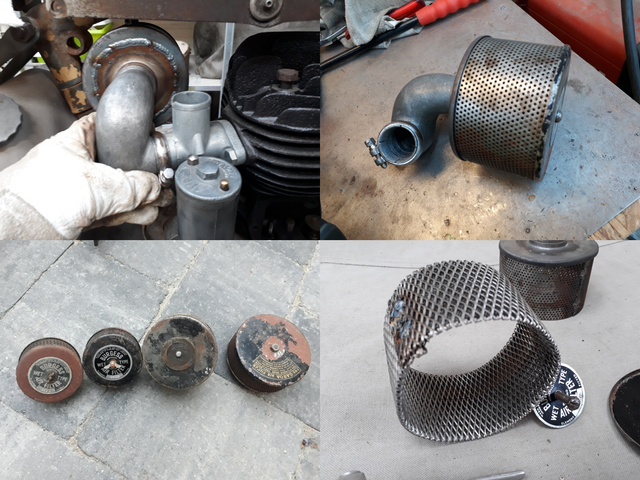 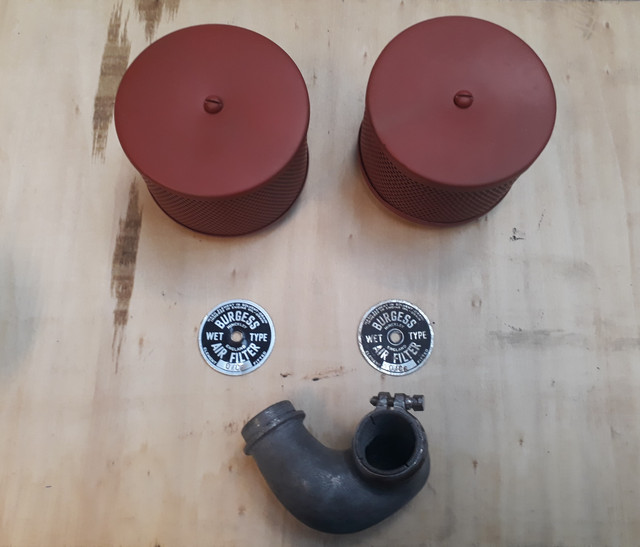