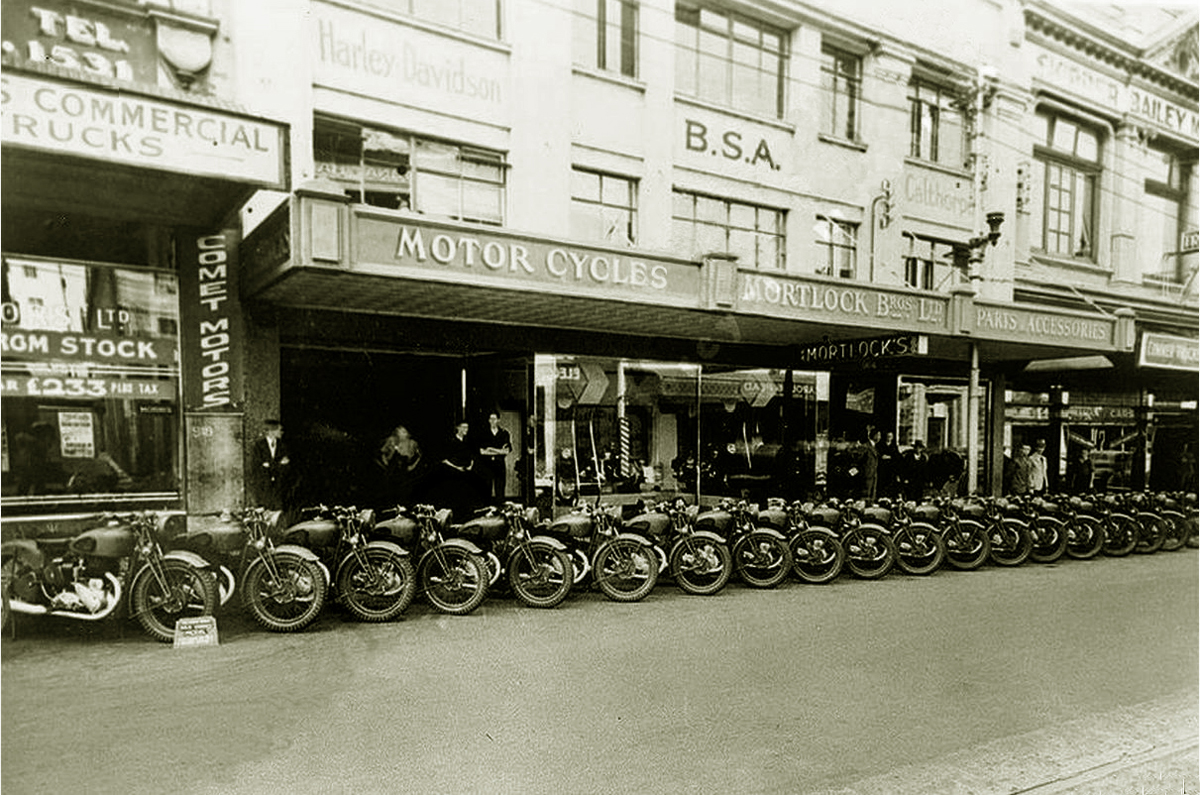 Yes, Ron is right with the C number, engine numbers ran higher than the frame number.

The bike is not in the postwar Key Cards, so I presume it was left behind in 1945, the British Para's went from Germany to Denmark, and Norway, so I guess it was used by them, if it wasn't imported from the UK or elsewhere after the war.

The pictures don't work, you have to pick the HTML option, or send them to me, then I'll post them.
I have a friend in Norway, maybe you can get in contact with him, he's restoring some wartime Matchlesses, email me for his details, replace the 2 ** for "ik" above.

I got Bjorn's pictures to work? Ron 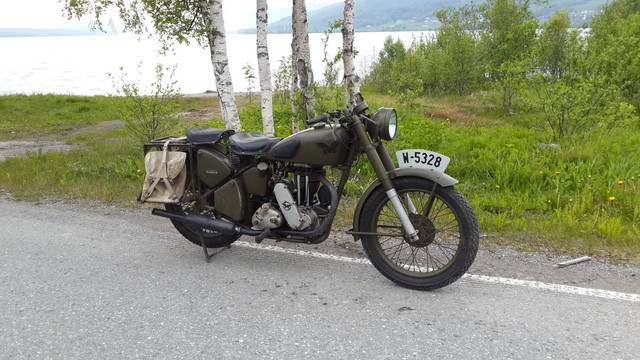 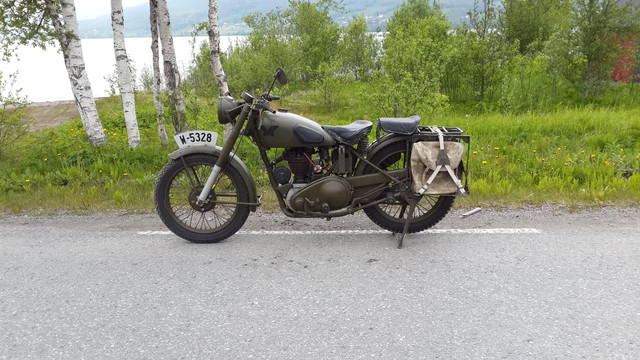 Ah, yes, looks good!! just to get some nice pannier bags, and maybe take the lower toolbox off? and change the kneegrips for Matchless ones, and pillion seat is postwar.

This reminds me, I once sold a basket case to Sweden, in the 80's, maybe this is the one?