I know of (but only have these 2 photos) of an Ariel WNG that was supposedly captured by the Germans and put back into use by them. I think it was discovered in the Eastern block area and now resides in Germany. The tank pic shows some German service markings and has obviously had additional and replacement parts added during its service time. It is supposedly a real sleeper!? What do you think? Anyone have any more photos, it must be known? Apparently it was up for sale recently.
Richard. 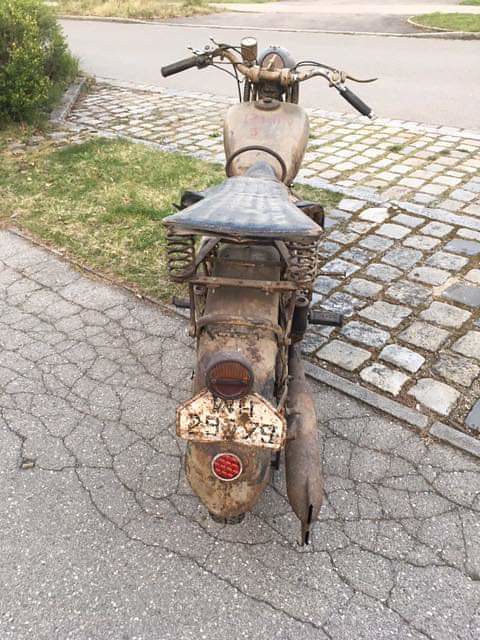 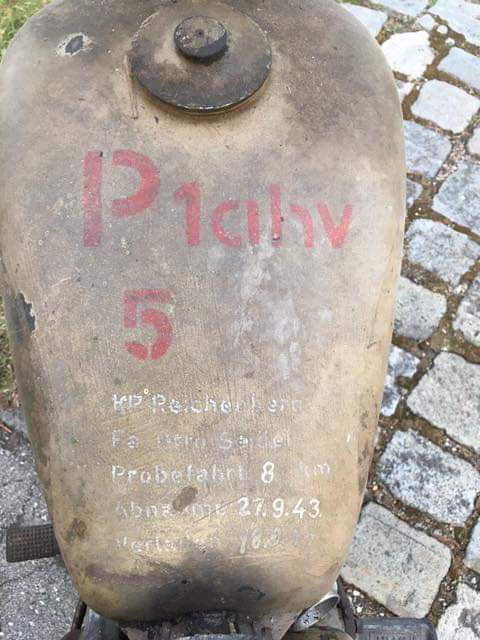 These were Ian's photos, but they've gone now and we never heard any more.

We don't know the numbers, but I still suspect a French contract bike.

Thanks Rik.
Here are a couple more pick that have cropped up. 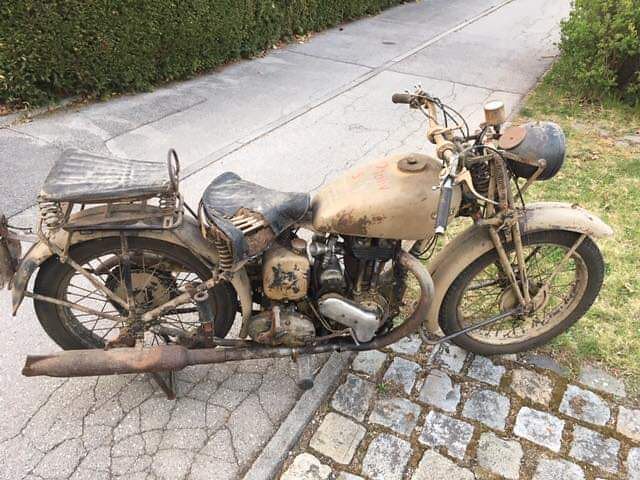 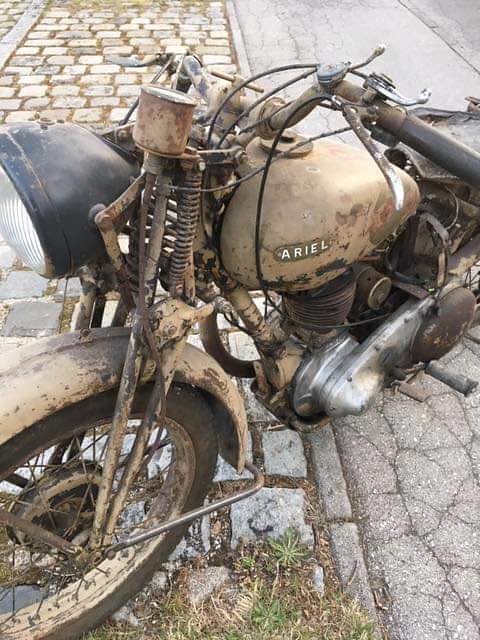 A deal wasn't done by my friend who was looking at the bike and sent me the pictures, so no more information was forthcoming...Apparently the vendor had a very inflated idea of its value....Ian