Can anyone please help out with a photo of an under seat light switch bracket fitted to a 3HW motorcycle? I also would like a bracket or a drawing to make one.

Hi Chris, here's the M20 version. Just a simple strap from the frame joint bolt and the saddle spring. 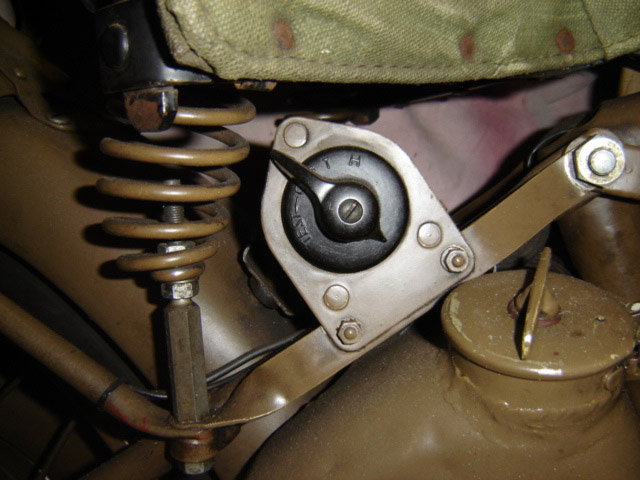 Stuart Bray has this one for sale. Several pictures of it on his site. Ron 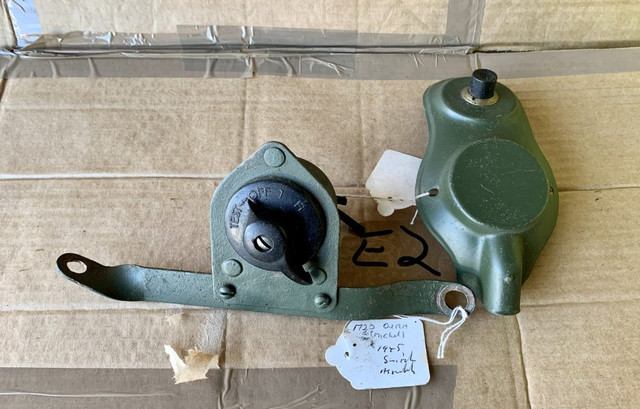 The under seat light switch was fitted to machines from engine No.3HW 64352 onwards,its almost the same/similar to the Ariel WNG with the same switch,except that the shield shaped panel is fitted up side down on the 3HW (see photos below). 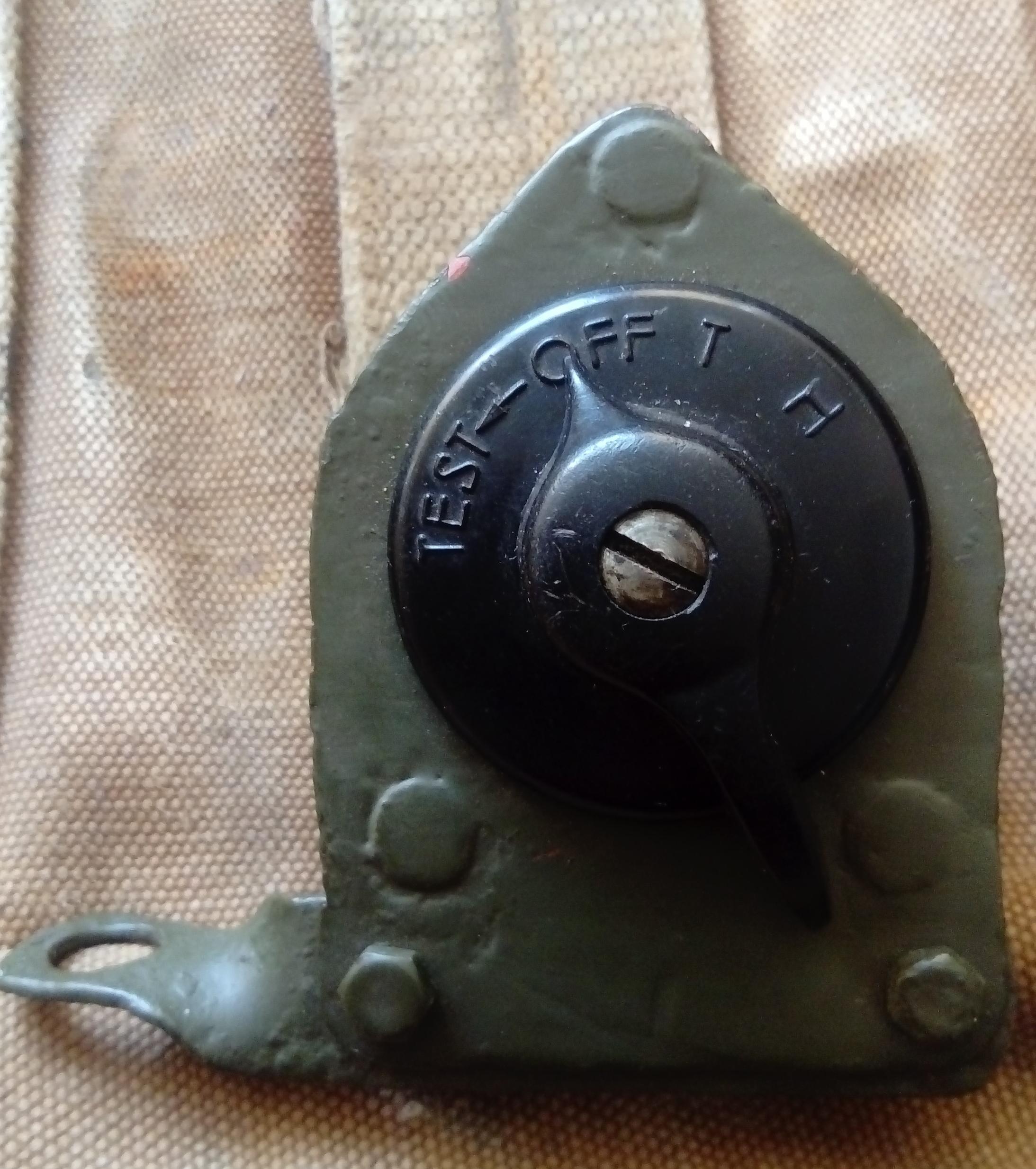 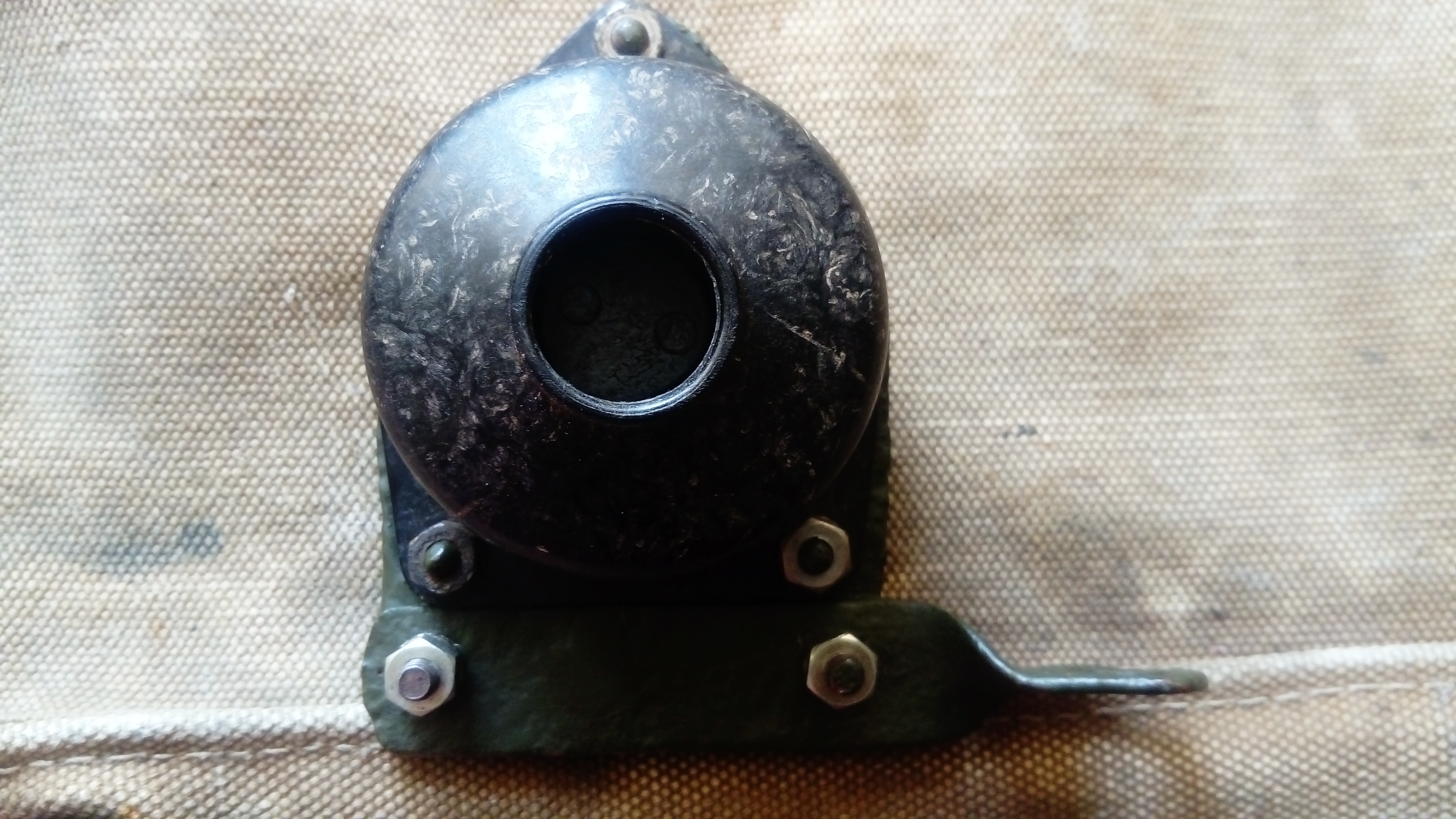 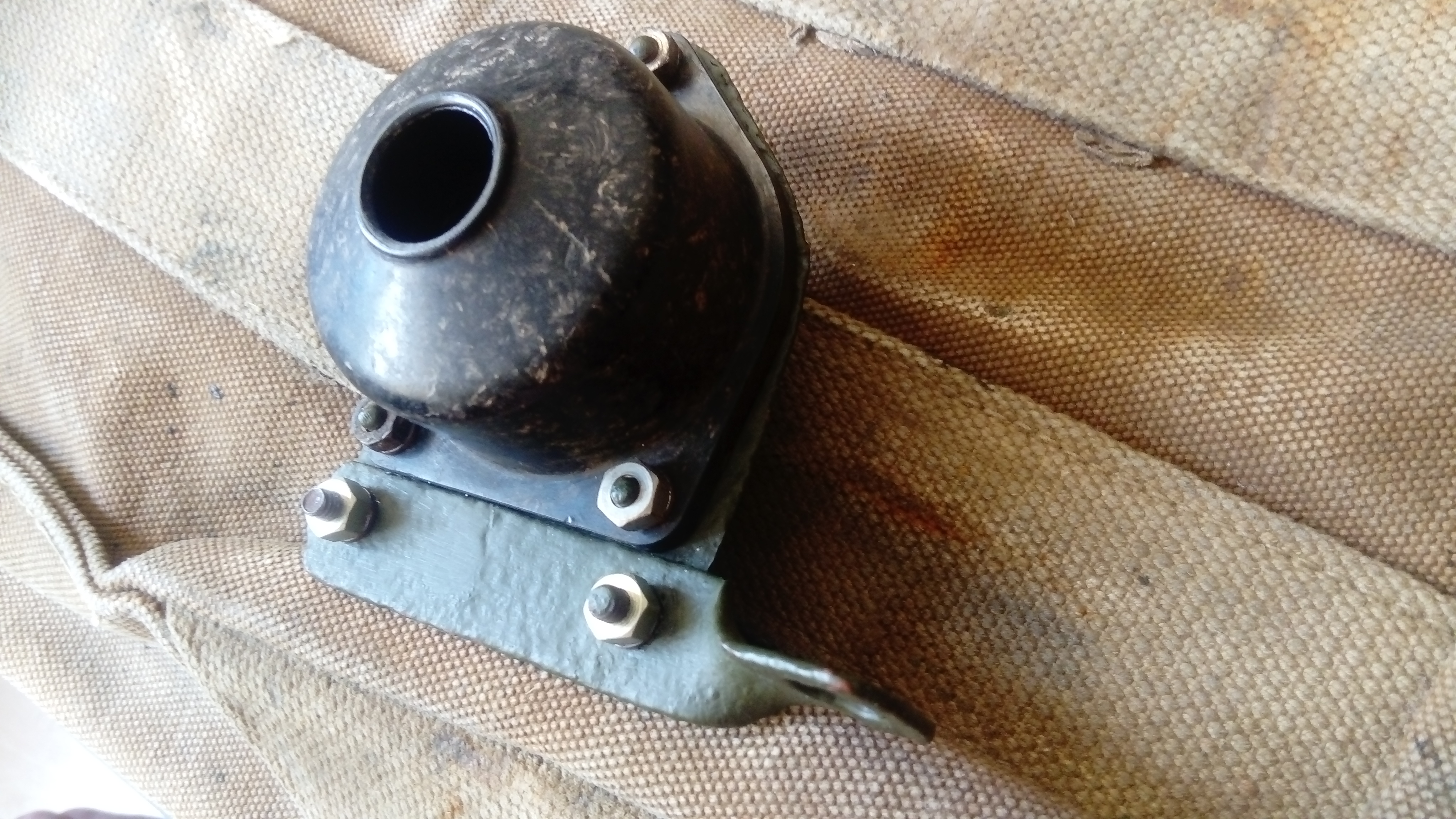 Chris Orchard (one half of O & M)
Re: Under seat light switch bracket for 1945 Triumph 3HW

Many thanks for the pictures. I presume it still fits off the saddle mount on the rhs? My 3HW frame/eng is numbered over 68000, and should have the Vokes too, but it doesn't. I have a fairly full history of it from the day it was sold off.

I didn't post this picture because I wasn't sure how accurate it is. But Steve's picture of the bracket seems to confirm it. Ron 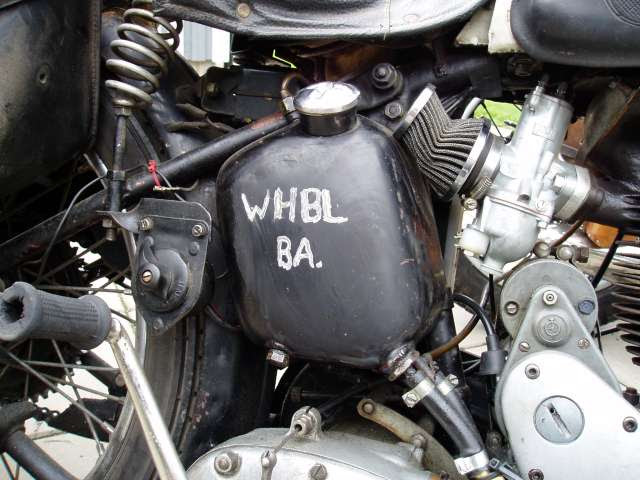 My picture of the 400,000th bike is crap Steve. I could do with a better resolution. Ron

Hi Ron, it's strange that an event like the official 400,000th British army motorcycle was only given one page of coverage in the two wartime weeklies (May 24th 1945),the handing over took part a week earlier on May 17th 1945, its also never been covered by the modern classic monthly magazines of today, there is also the probability that film was taken of the event such as by British pathe, after all 400,000 bikes made is a fantastic achievement during wartime,maybe something will turn up in the future.

Best I can do :confused: Ron 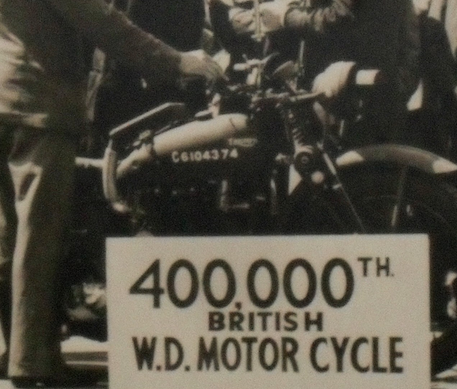 Rik
Re: Under seat light switch bracket for 1945 Triumph 3HW

Mortons probably have a decent copy in their archives, but I've yet to overcome the threshold of the £100 per day visitors charge...

'Motor-Cycling' had a clearer view. Still poor quality though. 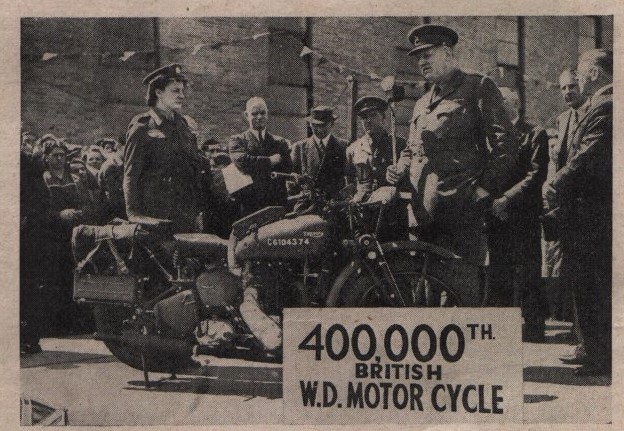 Chris Orchard (one half of O & M)
Re: Under seat light switch bracket for 1945 Triumph 3HW