Hi all I want thank Henk for his help in identifying hen my blke was manufactured,,I am still trying to work out the history on one of my engines think the engine was fitted to what was called a barrasaw here inAustralia.

Australia used M20 engines for powered railway maintenance trolleys that were light enough for two men to lift off the track when a train was due. They had a normal Amal 276C/1B carburetter that had deeply etched into the carby bowl VR for Victorian railways and in South Australia they had SR also heavily etched in to the bowl. A lot of timber cutters also used swing saws with M20 motors that had a different number of head bolts and a stationary engine type carburetter. The head from memory had a different number of fins as well i think they originated from the 1950's?.

The BSA Clifford rotovator used an industrial version of the M20 engine....Hand started with an inertia start magneto...The unit had a fan on the drive side mainshaft and was enclosed in steel pressings to make it fan cooled...It did have the 'normal' 10 bolt head but the fins ran across the engine from the drive side to the timing side to facilitate the fan cooling...There were iron and alloy versions of this head...

I think I have enough parts from two engines to build one complete unit but no enclosures , mag or starting handle unfortunately...The M20 was also used for a unit called 'the railway horse'....That was to be used in railway martialling yards to move individual carriages...I found a picture of one on the internet once on a site about railways but have been unable to relocate it (frustratingly)...Are there any pictures of the Australian railway cart?...I've seen pictures of those lethal looking M20 powered circular saws....Does anyone know of any other industrial applications for the M20 motor?....Ian

Ian I could be wrong about the number of head bolts maybe it was just the fins that were different as you mention. I have seen a M20 railway cart/trolley in the past but will have to contact a few mates to locate one and get a photo for you.

I think I've posted these in the past. 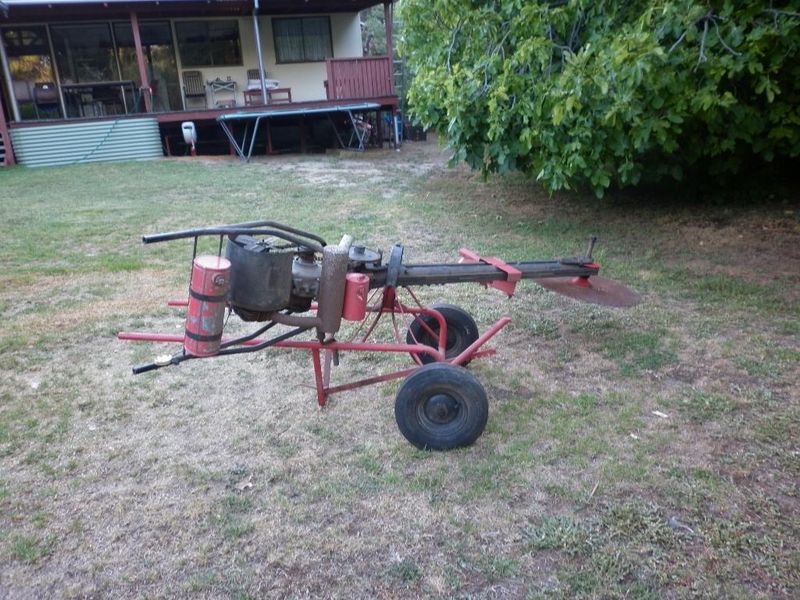 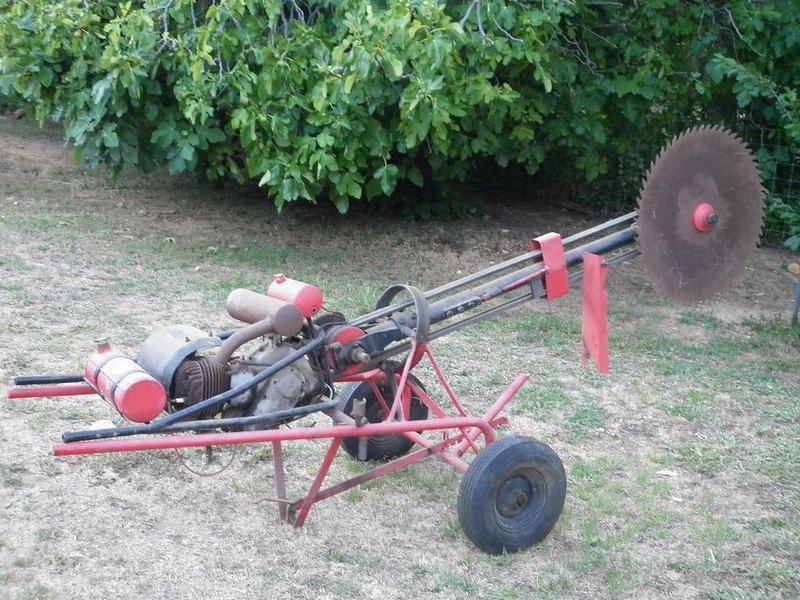 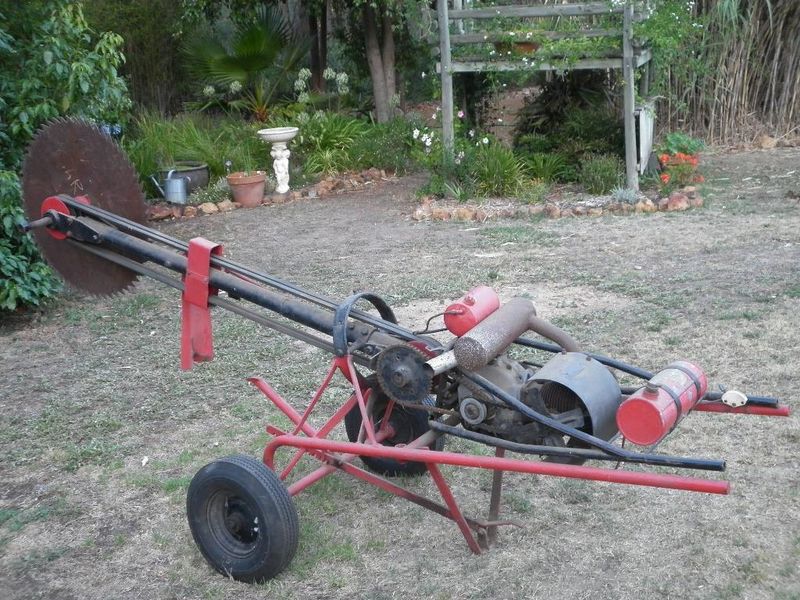 If Trevor happens by I'll let him explain how dangerous these were.
In Australia it is very common to find theses engines at swap meets, they are easily identified by an elbow fitting mounted to the underside(?) of the timing chest with a copper pipe running to the sump plate. As these engines were mounted on their backs the lowest point is the timing chest so oil would be picked up from there.

You seem to have the GT version with a small blade.
The one here has a 48 incher .
Lots of them around, usually is very bad condition as they were left in the forest when the Mobilco saw came out which were powered by real BSA industrial engines.
All of the fettelers tricycles I have seen were fitted with the BSA 420 stationary engine or the same engine rebranded as Villiers who bought the stationary division of BSA in the 60's.
Howard used M20 engines in their early rotovaters and I have seen some concrete mixers also powered by M20's

Remember a complete M20 was £ 10 at the surplus auctions
A new 420cc series industrial engine was £ 40
You could part out the bike minus the engine for better than £10 so that is exactly what a lot of small tool makers did .
Lots of walk behind tractors, rotary hoes pumps etc were powered by the trusty M20 well into the next century.
For the same reason you find more than a few Indian chief engines at farm clearing sales.