I've just listed an Amal float chamber body with some other parts on the 'parts for sale' section...It's marked '1BM'...Anyone know the application for that one?...It has no angle cast in so I'm guessing it's for a side valve...Ian

Oddly, it only seems to be listed for the '46 -on Red Hunter. It had a single banjo.

Tim W
Re: Amal float chamber body query...
Rik
Oddly, it only seems to be listed for the '46 -on Red Hunter. It had a single banjo.
Odd as i thought Red Hunters had a downdraft inlet track. You would think it would have an angled float chamber.

One of those things that I don't 'know', Tim...but it seems to be what Amal said...Maybe it was a 15° or somethng and someone straightened it ?

Rik,
That's what the text says so must be right, sure someone will enlighten us.

In my Amal book it quotes the 1BM for the red hunter as 15 degrees. Ron

BUT in 1950 Amal made a bigger cross drilling for the arm running into the float bowl to let more fuel in, this type has a bigger screw plug on the end of the arm than the earlier pre 1950 type. To mark these they put an M for modified after the bowl numbers so a 1B became 1B/M sometimes the angled line is hard to see. If this bowl is not on an angle it will be a post 1950 1B bowl therefore marked 1B/M.
Best regards and keep safe.
John

Concise as ever John!

Here's the bronze 74 you sent me. Dull chrome plated now.

Best regards and thanks. Ron 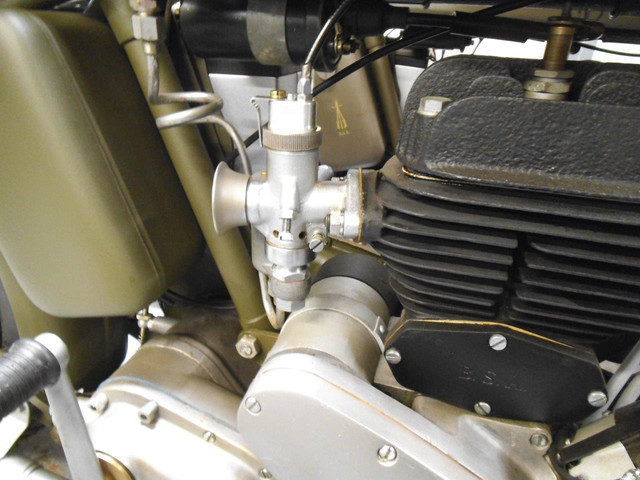 Hi Ron, yes the carby looks great I am very impressed. Glad I could help as you and Ian are great contributors to this forum.

Cheers John.Some of these normally tedious jobs can be a blessing during these long hours of lock-down:+1: Ron 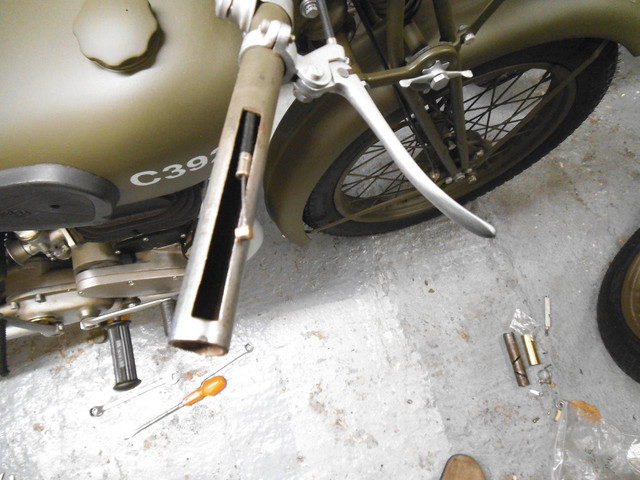 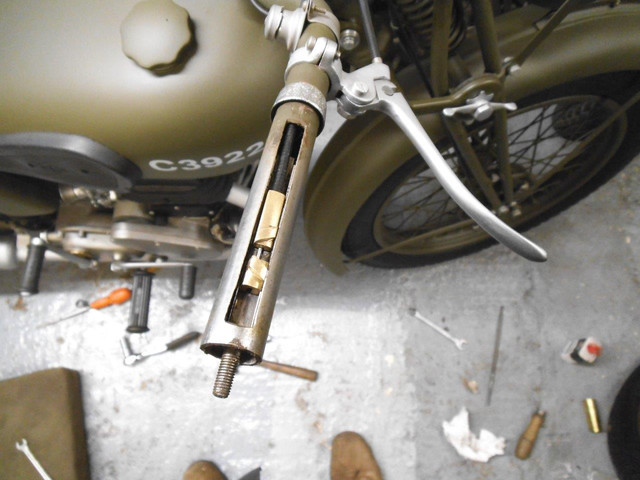 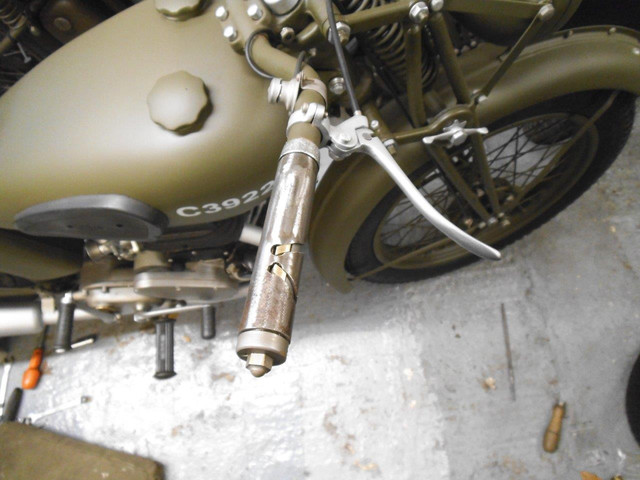 A tedious job indeed, and a over complicated thing. I have assembled quite a few, but worth it in the end. Think those army workshops would have soon change them to the standard twist grip.

Your right Ian I should put pen to paper for the pre mono type carbs but consider the interest is dying as everyone over here anyway is playing with MK1 carbs on Triumph Bonneville.

Not dying on here John. There is probably lots you can tell us. Feel free to start a thread.

Or better still archive some information in the 'Technical Section'....You just need to contact Henk to have it put on there...Ian

Hi Ian will contact Henk and get the ball rolling. Will start with the various BSF and other threads used on the 276 type carburetter as I don't think they are readily available.
Regards John

Good man!!....I'm looking forward to it as there are always more things to learn...Ian