I've seen sectioned engines and gearboxes internally finished in two ways...Either the main castings are painted on the internal surfaces with a white/cream finish or they are left 'as cast' after cleaning up...I'd be interested to determine which is the more favoured choice from forum contributors...Ian 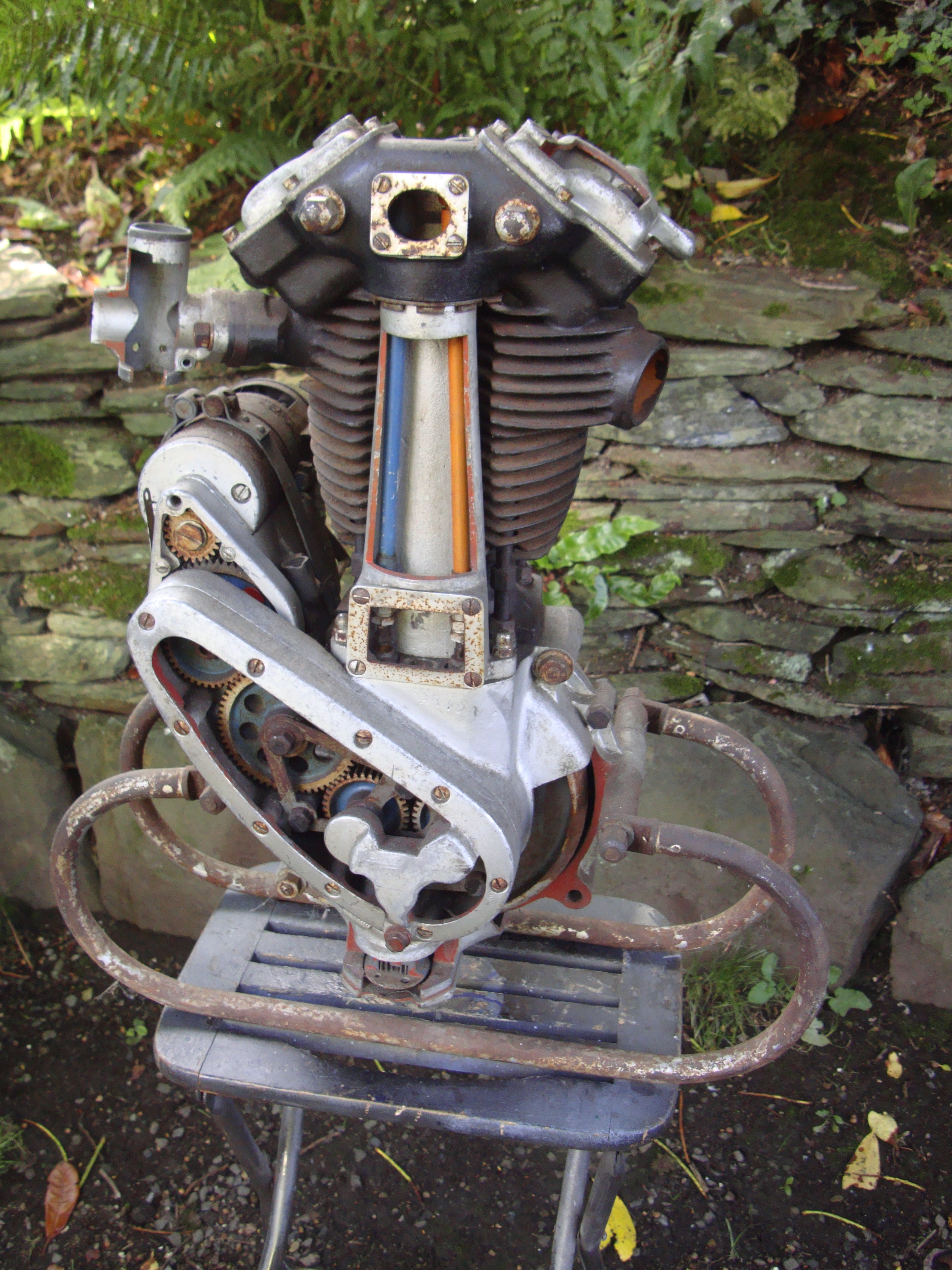 Unfortunately the last one isn't mine!!

If the castings are porous then best to paint them...:laughing:

Funnily enough Royal Enfield did that post war...As far as I know they were the only manufacturer to do so, though some Norton Commandos could have done with it towards the end!!:laughing: ...Ian

My Original WD Norton 16H engine and gearbox are not painted inside, but that is what Norton did for instruction purposes.

Very nice Lex...The WB30 engine at the top of the page and the M20 gearbox are both ex REME and interestingly have basically similar tubular frames to support them...Maybe those would be a project for you Lex, for the Norton engine and box.

I would imagine the WB30 is the only one in existence...Ian

Ian, just a thought. Peter Long emailed me yesterday to say he'd found two NOS WB30 exhaust valves, left over from a horde he once had. £10 each if you know anyone who wants them.

That's interesting Ron, I may need one of those.

Useful parts for someone who has a WB30 and wants originality. £10 is a good price for NOS as well....
B31 valves can be substituted though and they are common enough...But never mind all that, painted or unpainted castings???....Ian.

A couple of years ago I made a sectioned WD/CO engine. Unpainted castings for me... :relaxed:

I'll ask Peter to save me those valves then. Ron

This Norton gearbox is at the VMCC HQ. It is probably military and seems to have been painted inside. 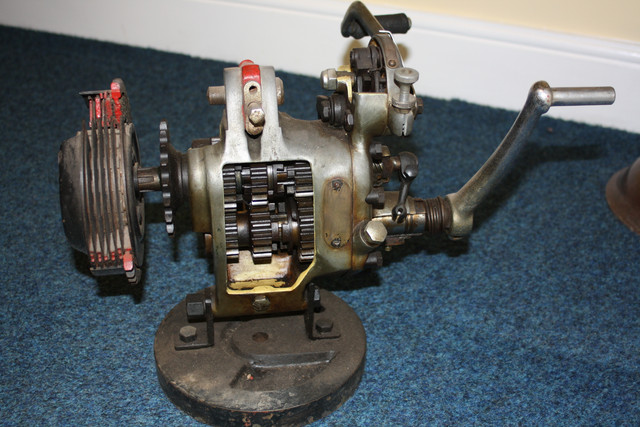 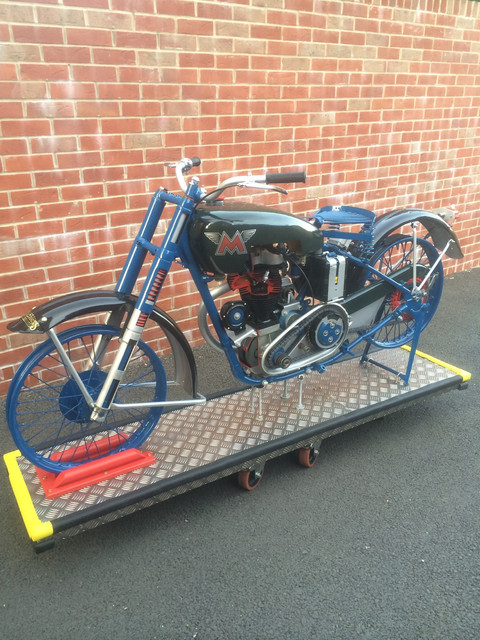 Barry restored this bike to working condition. I now own the sectioned engine and some of the other sectioned parts. JT

Ah! OK John. Barry just asked me to post the picture, without any of the story. Ron

In the old job & the current in fact - we have access to many cutaway / sectioned engines, motorcycles, gearboxes & outboard engines

I'm inclined towards the painting of internal casting faces, though if sprayed the masking off might take some time!!...As well as redoing the the WB30 engine I've been collecting parts for some years to do a B31 and a WDM20 engine and a few BSA gearboxes...

When I was an apprentice we were tasked with doing various assemblies of the lathes, drills and NC machines that the company I worked for produced...

I enjoy the planning of the section which has to be carefully thought out before cutting anything..When very detailed sections are produced and then finished to a high standard I think they are rather like works of art...Ian

Here's a Rolls Royce Merlin engine from a school I attended that has painted and non painted sections;

Thanks for posting the pic of my old G3L Ron
This matchless was used as training aid at bordon barracks in Hampshire (uk) the guy I brought it from was a worker at the barracks and restored the bike how you se it on the trolley.
I decided to restore the bike back to its former glory, it was a early G3L from 1941 and was part of 1st airborne with tank number C4689820 it’s a similar number as the famous G3L in the pic with the tee pees, so I based my bike on that one.
I used as much original parts is I could, included getting some alloy welding done, John Tinley had a few left over cut away parts.
I believe the bike is now in America.

Hi Ian,
As everyone seems to be ignoring your original pleadings i will offer my tuppence hapenny.
I much prefer to see the casings painted. The cream interior is a great back ground for the mechanicals and the post box red edges clearly highlight the ‘frame’ of the artwork inside.
Rather than detract, i think it greatly enhances the view.
Darren

Jusy don't chrome the cam wheels like that Vinnie ! I prefer the instructional engine look to the show engine.

Thanks Darren, I think I share that view....On WD examples I was planning to tin plate the internal steel components to give a consistent but dull finish and some protection from corrosion...I have some parts at the plater currently as test pieces..

The civvy B31 engine and swinging arm gearbox might get a bit more 'bling' applied as I also like the show finish...Not chrome though...Possibly dull or bright nickel..Ian 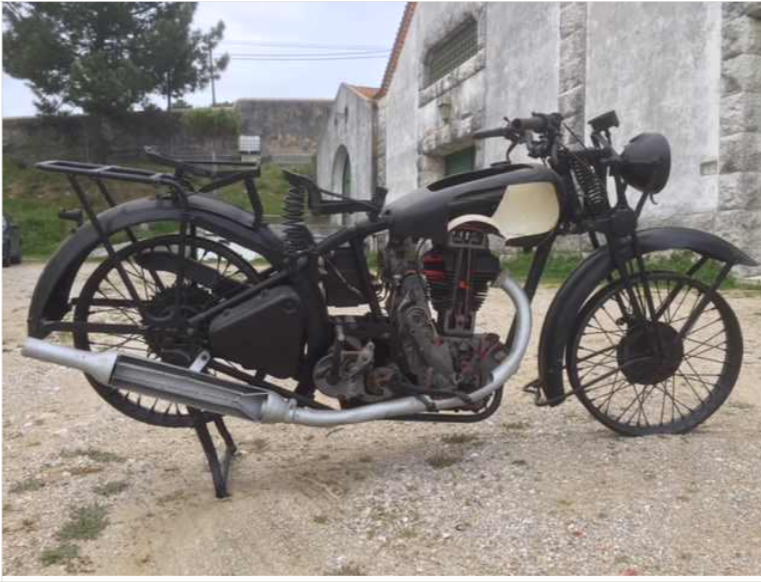 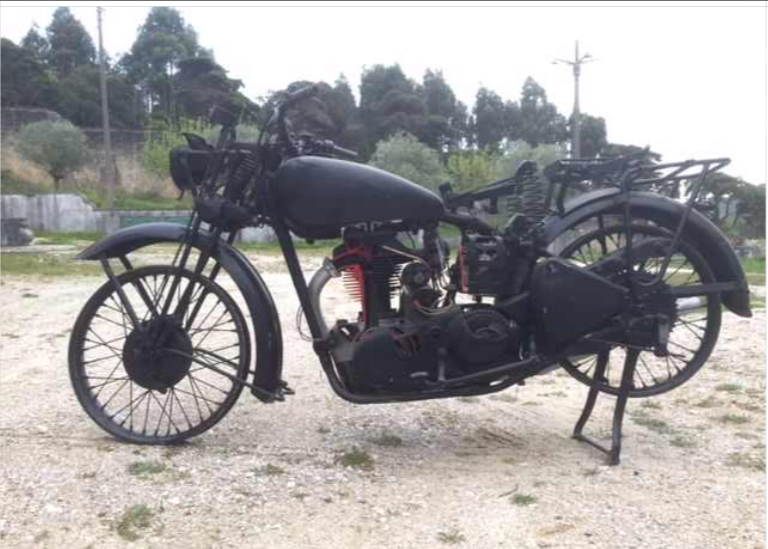 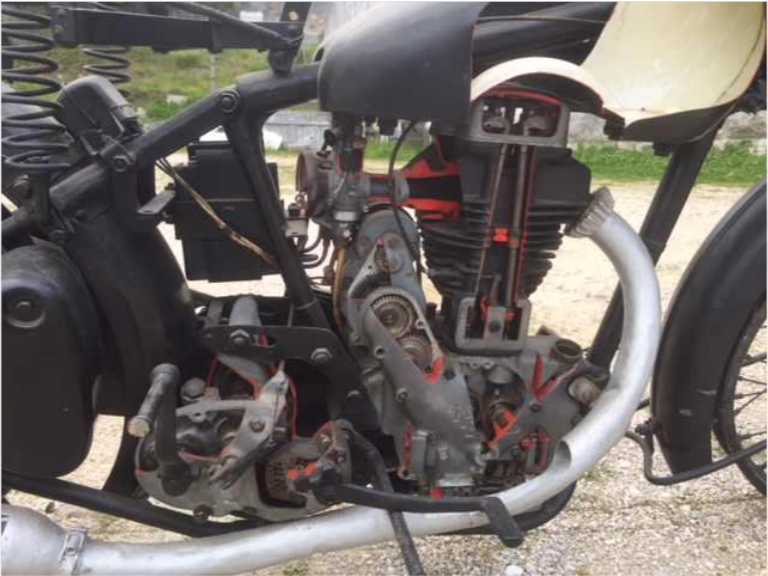 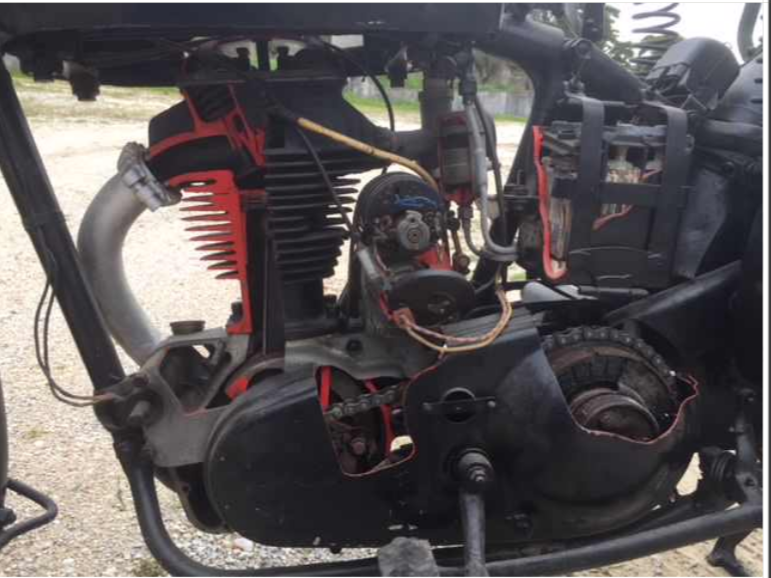 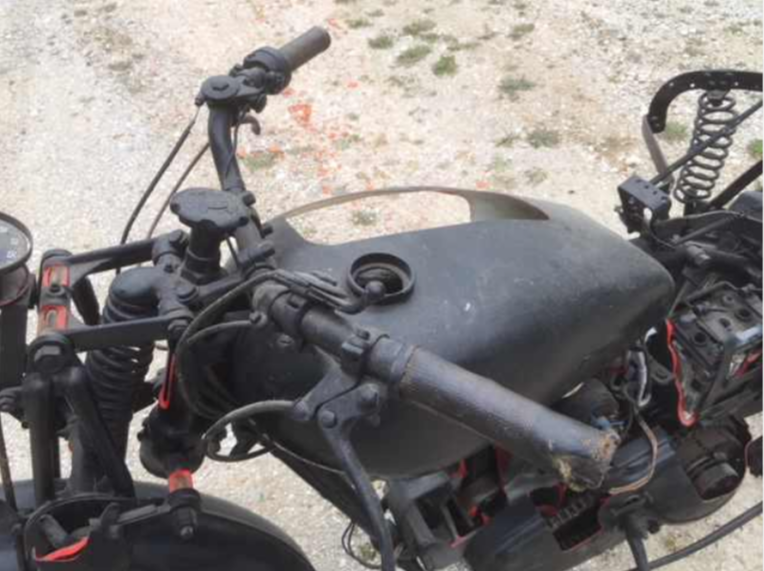 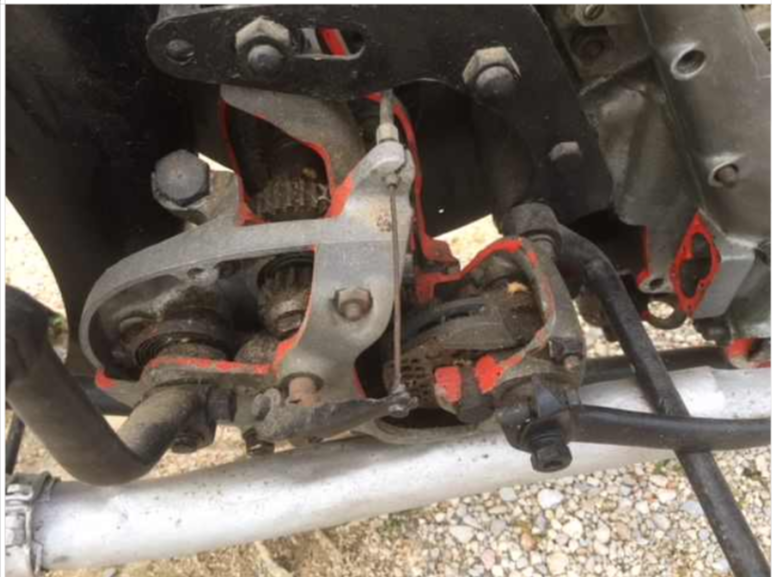 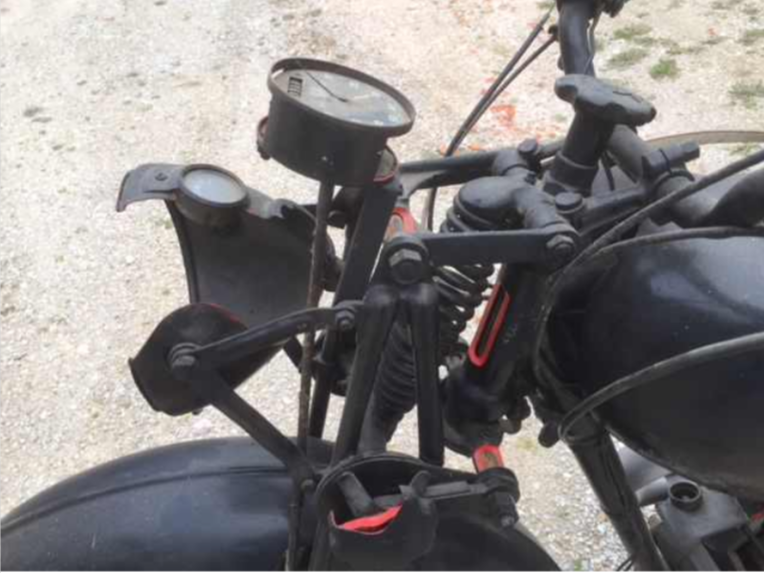 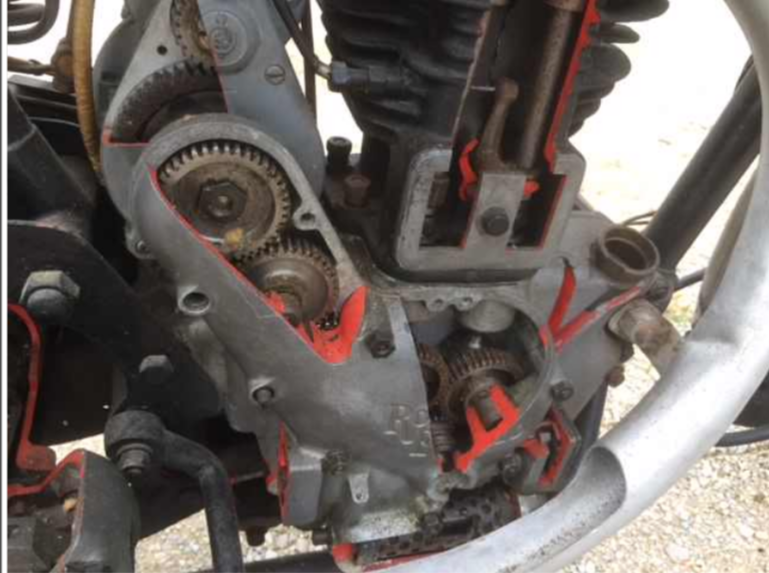 What's the story on this one?...Ian

Hi Ian,as far as I know the WD/CO sectioned bike was for sale on milweb? about two years ago for I think £10,000 or offers?,it may have been on sale in either Spain or Portugal.

It was for sale in Portugal. The Portugese Army has had some WD/COs after the war. Must have been one of these, sectioned for training purposes.

Not WD, but this was nice..and pricey.

Norton related parts/engines etc. of this period and later are often at a premium compared to other makes...I guess it's the price to be paid for the hype, which has endured over time...:relaxed: .....Ian

Tim W
Re: Sectioned engines/gearboxes....Opinions please!
Rik
Not WD, but this was nice..and pricey.

https://www.ebay.co.uk/itm/VINTAGE-PRE-WAR-1929-NORTON-MODEL-18-ENGINE-CUTAWAY-DISPLAY-FOR-MUSEUM-BARN-FIND-/333565257436?_trksid=p2047675.l2557&ssPageName=STRK%3AMEBIDX%3AIT&nma=true&si=OVqioH%252BGBzUuuiqcPF09NdnbpgI%253D&orig_cvip=true&nordt=true&rt=nc
Some nice usable bits on that engine, cams, followers, rockers and posts and the rocker pivots. If you needed those parts i suppose it's not out of the way price wise. Some of those parts would quieten my engine down a little.

The good thing is Tim, you could swap your worn out parts and still have a nice cutaway engine for display :-)

Very true Horror. i missed that one. Luckily my parts arn't worn out yet but not as good as the ones in that engine. I doubt it sold to be used as a display engine again, not with those bits in anyway.